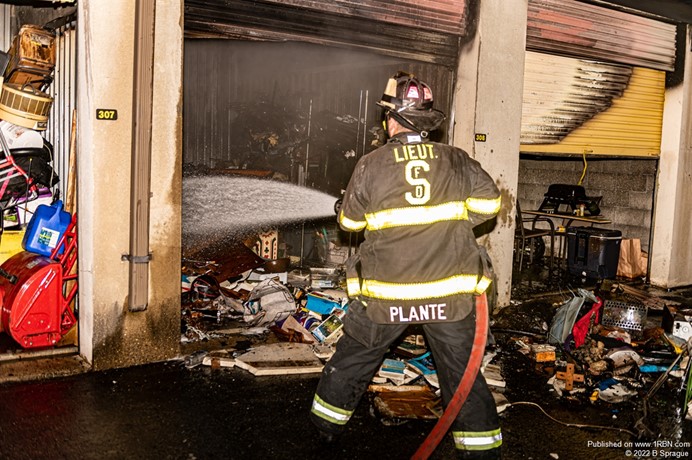 Photo by B SpragueFirefighters wet down the storage unit. 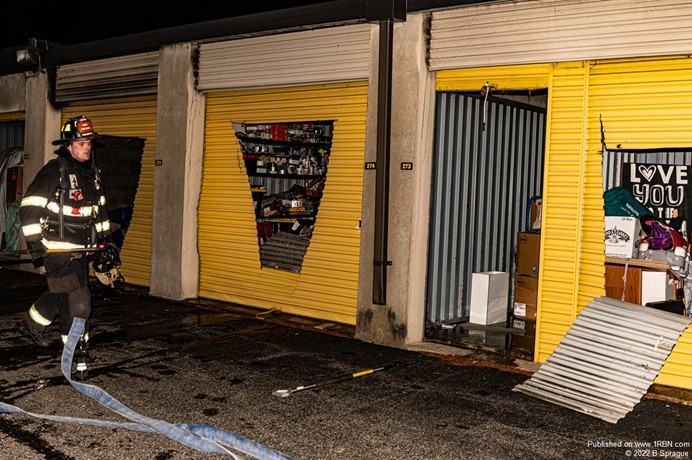 SALEM, NH - During the early evening of July 4th, Salem Engine-1 was dispatched to assist Pelham Fire with a second-alarm house fire, and then around 11:00 P.M., Salem Engine 1 was sent out to Interstate-93 by exit 1 for a smoke check. While en route, Engine 1 reported that they could see a building fire at the storage site in the area of South Policy St., and requested a first-alarm.

The first company on scene reported fire in two storage units and heavy smoke in several other units. After companies were able to make a quick knock down of the fire, they forced entry into several units to confirm that there was no extension. The fire was contained to the two units.

The fire is being investigated by the Salem FD.