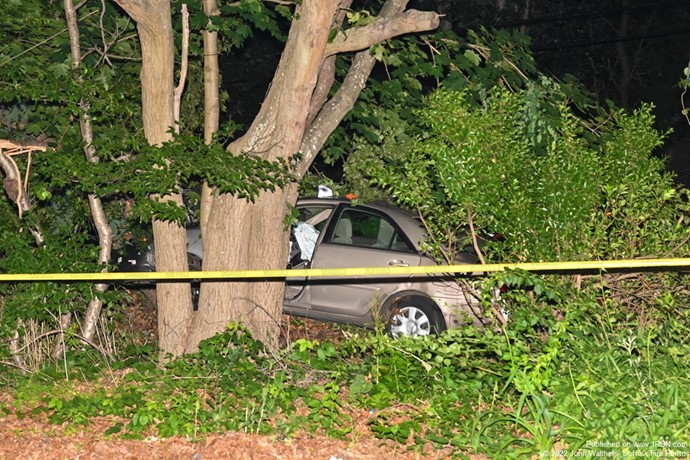 Photo by John Walthers- Suffolk Fire PhotosMastic firefighters and EMS personnel worked to get 2 patients from this vehicle after crashing into the woods. A medevac was called for 1 of them. 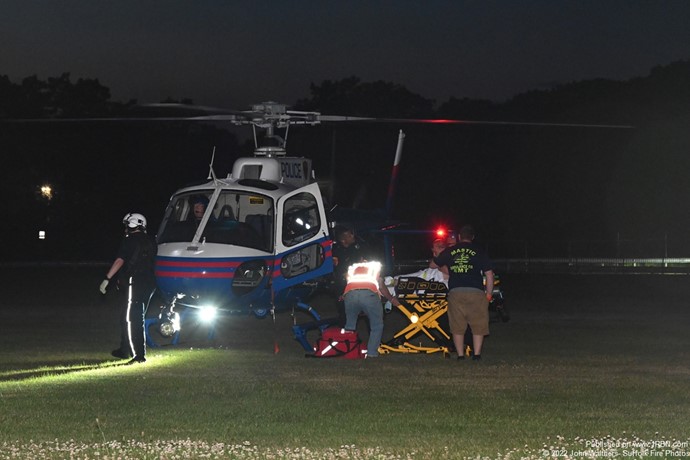 Photo by John Walthers- Suffolk Fire PhotosEMS and Police personnel transport a patient to an awaiting police MedEvac after a crash in Mastic, 6/29/22. 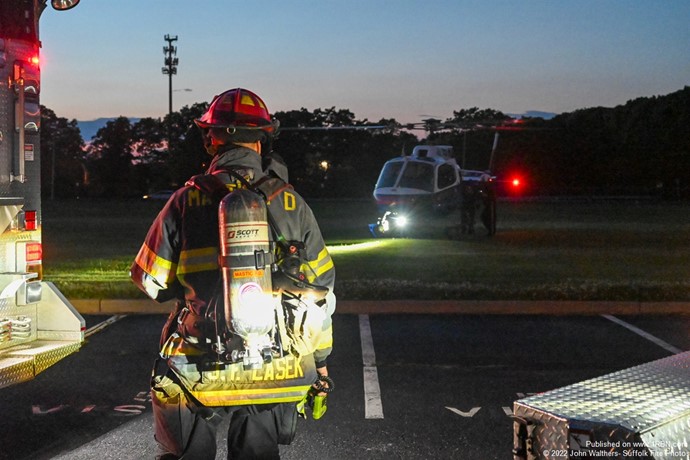 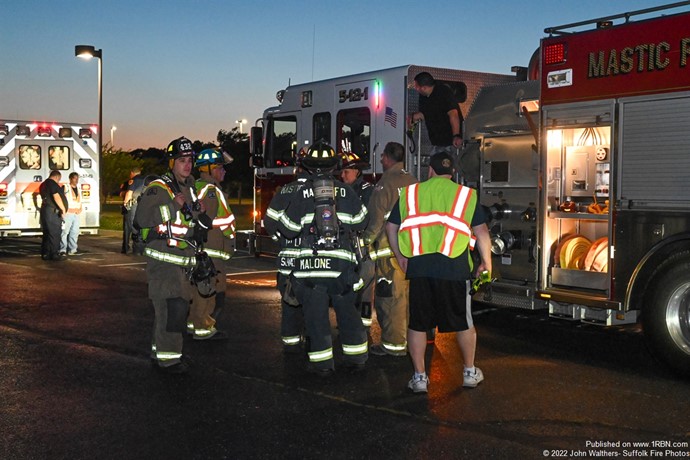 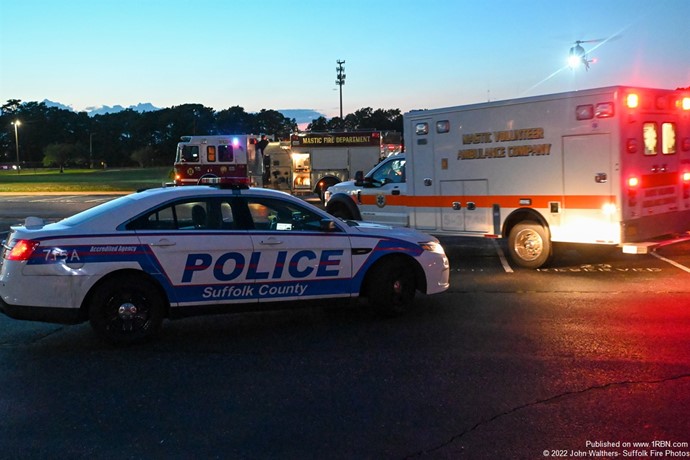 Photo by John Walthers- Suffolk Fire PhotosMastic FD and EMS await along with SCPD as the helicopter is coming in for a landing for a medevac from a crash. 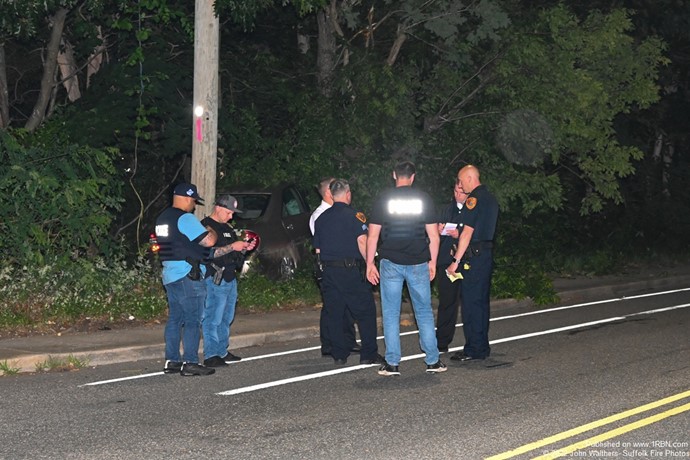 Photo by John Walthers- Suffolk Fire PhotosSCPD officers and detectives at a Car VS Tree call in Mastic on Mastic Rd at Cumberland St.

MASTIC, NY - On June 29th around 8:30 P.M., the Mastic FD was activated for a MVA with reported heavy rescue at Mastic Rd. and Cumberland. Mastic Ambulance and Suffolk County Police 7th precinct officers were also dispatched to the scene.

On arrival, Chief of Mastic FD Rudy Sunderman found a vehicle in the woods. Firefighters and EMS personnel worked alongside with police and made sure that the two patients were removed from the vehicle.

A few minutes later, Fire-Com radioed Chief Sunderman on FRES OPS to advise that aviation would be landing at the William Floyd High School to transport one of the patients. Engine 5-12-1 was directed to the William Floyd High School to assist in establishing the landing zone for the helicopter. SCPD helicopter 2 was assigned the MedEvac run. Once on the ground the crew prepped the helicopter for the anticipated transport while the flight medic went to the ambulance for the presentation and assessment. The patient was then moved to the helicopter which was expected to take them to the hospital, however once the crew was preparing to take off, the pilot called for police officers to return to the helicopter to assist them.

It appears that the patient became combative toward members of the flight crew and it was determined that aviation would not be able to fly. The patient was quickly moved to a Mastic ambulance and transported to a local hospital for treatment of their injuries. A second person was also taken from the original scene to a local hospital by ambulance as well.

Suffolk Police detectives were called to investigate the crash due to the nature of the injuries. All FD and EMS units were released once the helicopter took off to return to base.