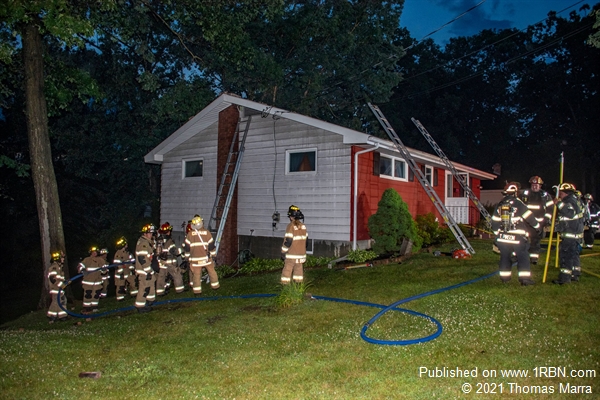 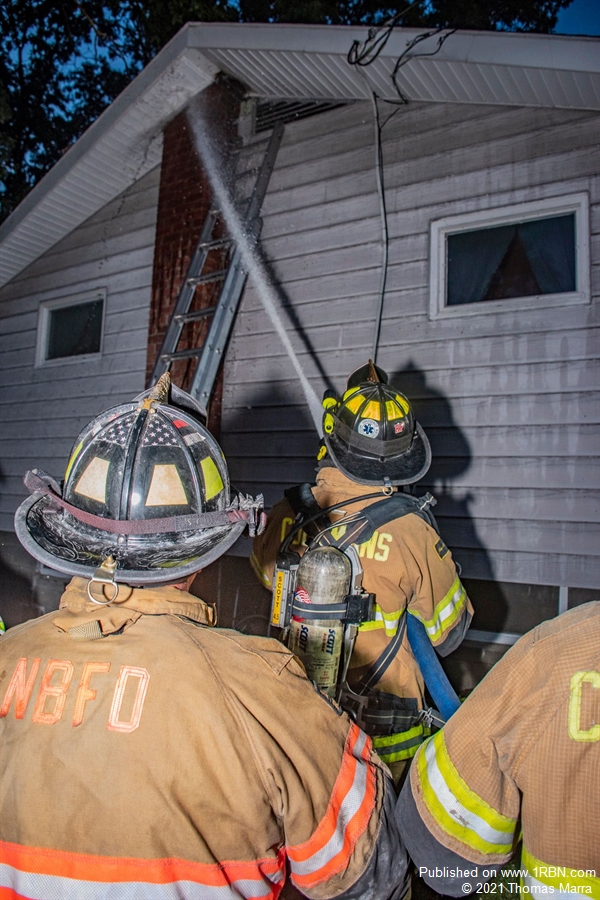 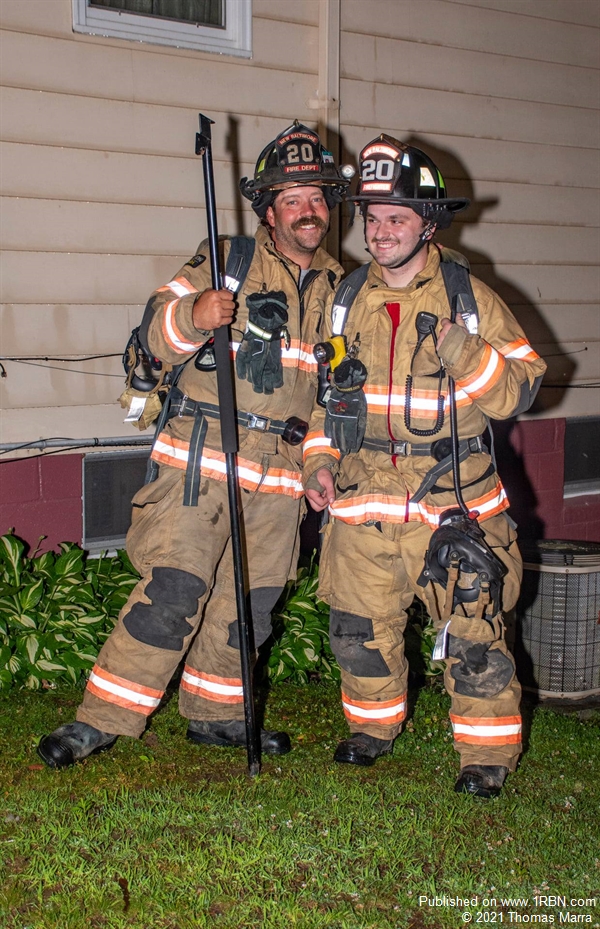 Photo by Thomas MarraFirefighters Sam Anderson and Scotty VanWormer at a structure fire in Ravena on Tuesday, June 29. 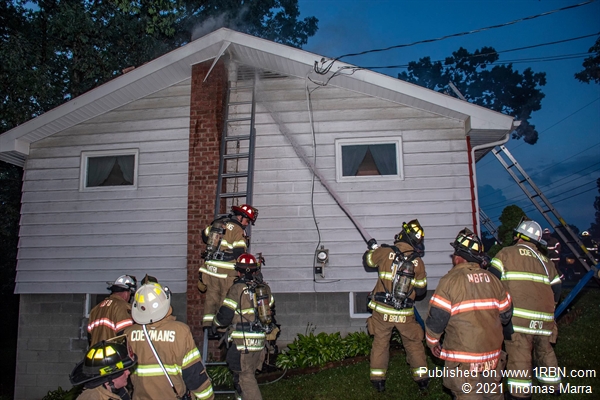 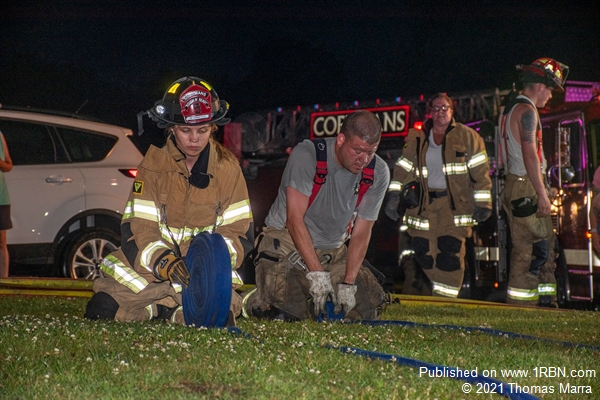 Photo by Thomas MarraFirefighters Brianna Smith and Rob Domanico of Coeymans Fire at a structure fire in Ravena where lightning struck a house. 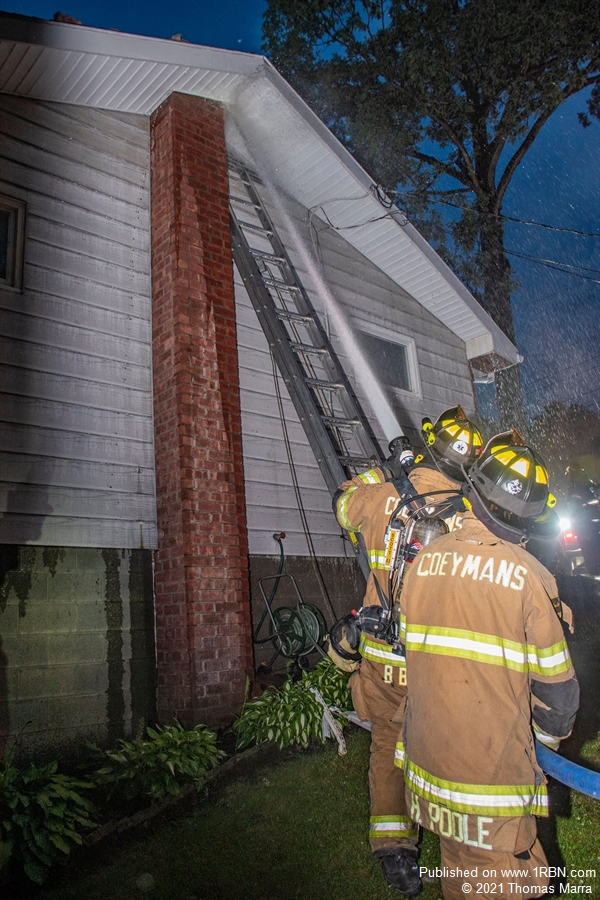 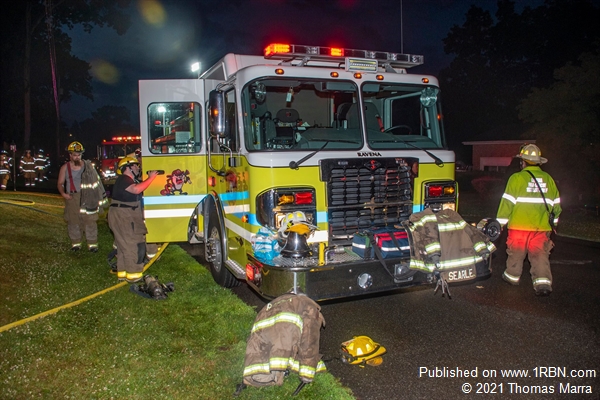 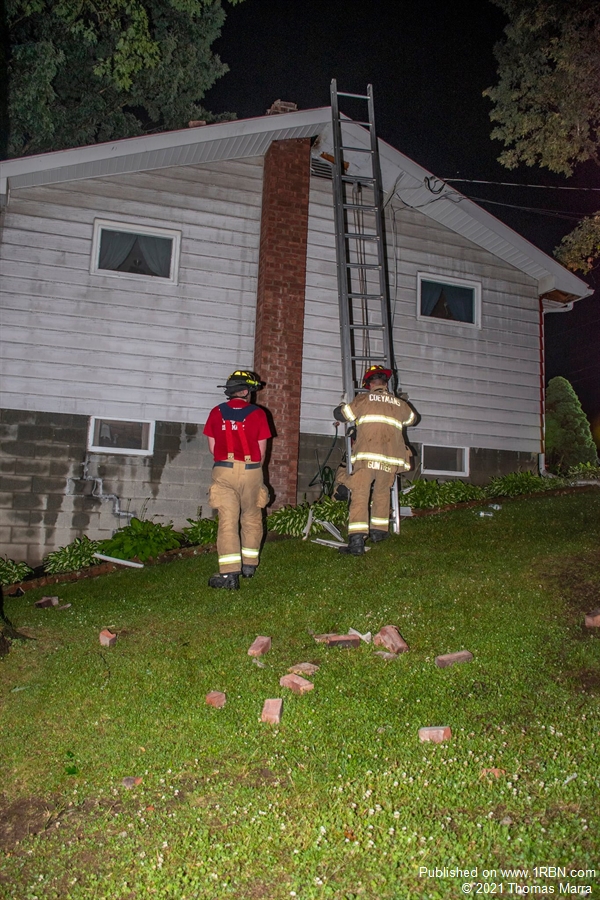 Photo by Thomas MarraBricks scattered in the grass after lightning struck a home in Ravena.

Lightning struck a house in Ravena and sparked a fire Tuesday night after a round of strong thunderstorms swept through the area.

Fire crews were dispatched to 85 Woodlawn Dr in Ravena around 8:30 p.m. on Tuesday, June 29, for reports of smoke coming from the chimney and flames coming from the roof of the home.

Deputy Chief Kevin Phillips of Ravena Fire arrived on the scene and transmitted a signal 30, indicating a working structure fire.

“Upon arrival I found heavy smoke coming from the roof area,” Phillips said. “It appeared that the homeowners were knocking the fire down with a garden hose.”

He says the crew from Ravena Fire’s first arriving engine made a quick knockdown of the fire, making the damage minimal.

The fire was knocked down within the first five to 10 minutes.

“The rest of the time was just checking for extension--pulling ceilings and cutting the roof up to make sure it didn’t travel anywhere else.

Several bricks were found scattered in the grass which were not knocked off by firefighters.

With the severe thunderstorms in the area at the time of the fire and the scattered bricks, the investigation determined the cause of the fire was a lightning strike to the area of the chimney on the roof of the home, according to Phillips.

There was one person inside the home at the time of the lightning strike and fire and was uninjured.

There were no injuries to anybody reported at the scene.