Porch Fire Under Investigation in Coxsackie 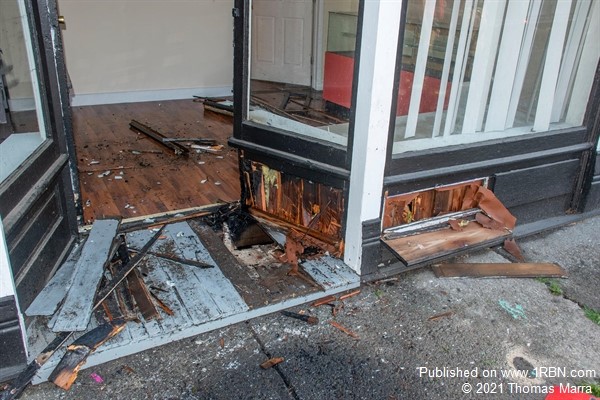 Photo by Thomas MarraA fire on a front porch is under investigation in Coxsackie. 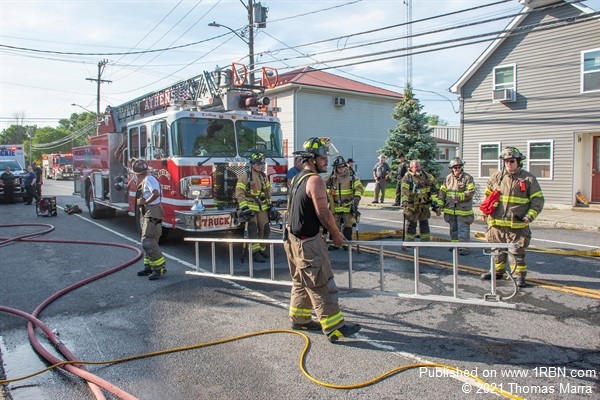 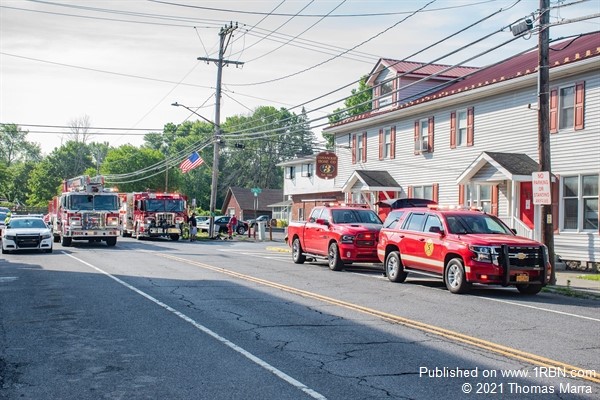 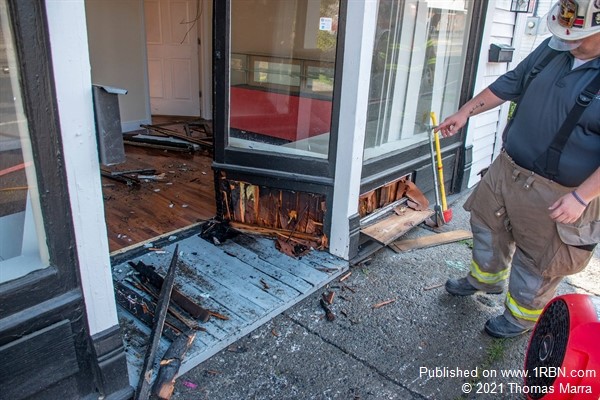 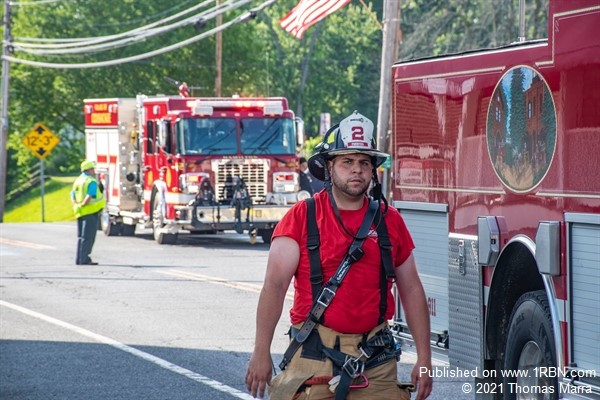 Photo by Thomas MarraFirefighter Antonio Fuentes of Athens Fire on the scene of a fire in Coxsackie on Sunday, June 27. 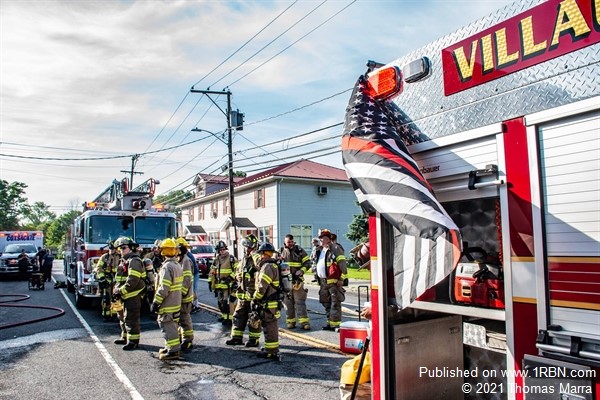 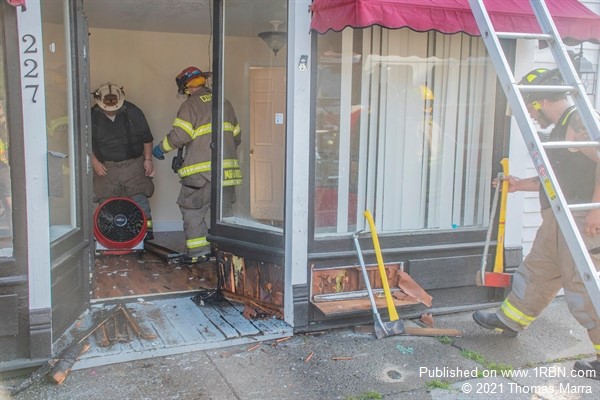 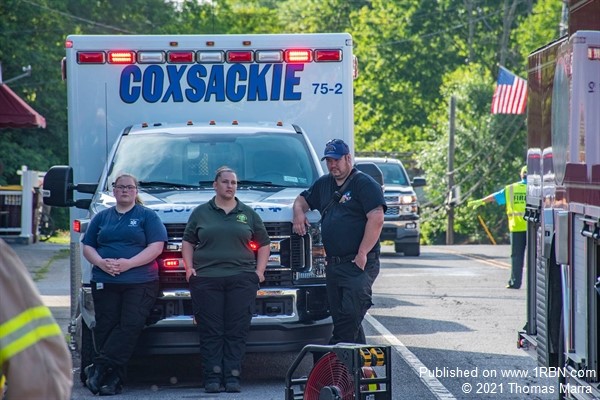 Coxsackie Fire responded to a report of a structure fire at 227 Mansion Street around 7:15 a.m. on Sunday, June 27.

Arriving units found a fire on the front porch of the building and declared a working structure fire.

The first arriving chiefs forced entry to the structure and had heavy smoke coming from the first floor, according to a post on the department’s Facebook page.

Fire was found in the walls and crews were operating in the basement to check for extension.

The fire was knocked down in approximately minutes and was contained to the first floor and the wall.

The Greene County Fire Investigation Team was dispatched to the scene and the cause of the fire is under investigation at this time.