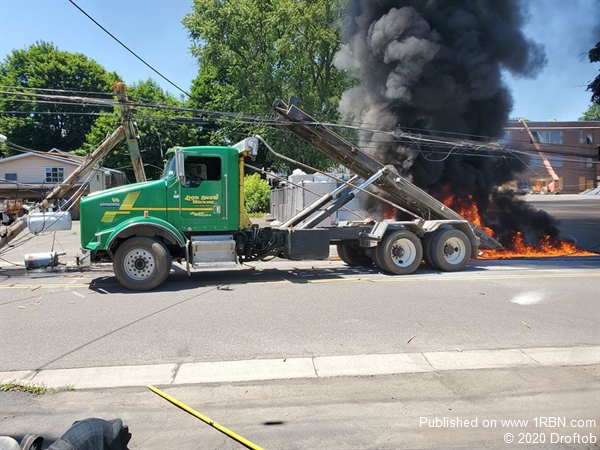 Photo by DroftobTruck into wires with fire. 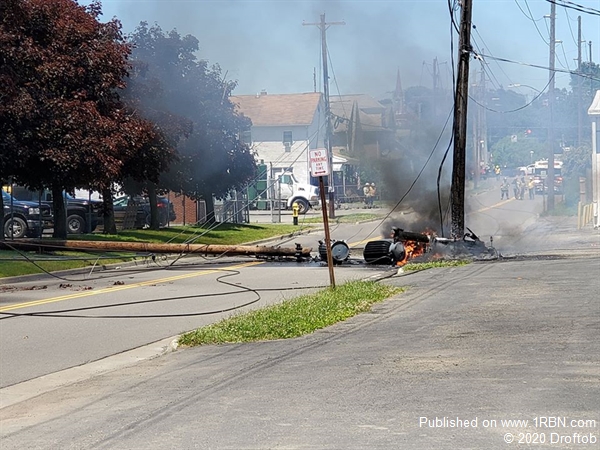 Endwell, NY - On Tuesday afternoon, June 16th, EFD was called to assist Endwell Fire Department on the scene of a truck accident with wires down. The scene was under the command of Endwell Fire Chief Palazzo.

Endicott crews were directed to an alley behind the businesses where they found the driver still in the truck, unable to escape due to the live power lines, and multiple fires around the truck. NYSEG crews arrived to de-energize the lines and assist the driver to safety.

Once the lines were safe, the fires were extinguished using water and dry-chem extinguishers. The driver was evaluated by Union Volunteer Emergency Squad and not transported. Surrounding businesses were evacuated as a precaution.

EFD would like to commend the chiefs and members of the Endwell Fire Department for their handling of the situation. We would also like to recognize the other agencies that assisted, including Huron Emergency Services, Town of Union Highway Dept., New York State Department of Transportation, New York State Police and NYS Department of Environmental Conservation.