Outside Fire Extends Into and Damages Norwich Home 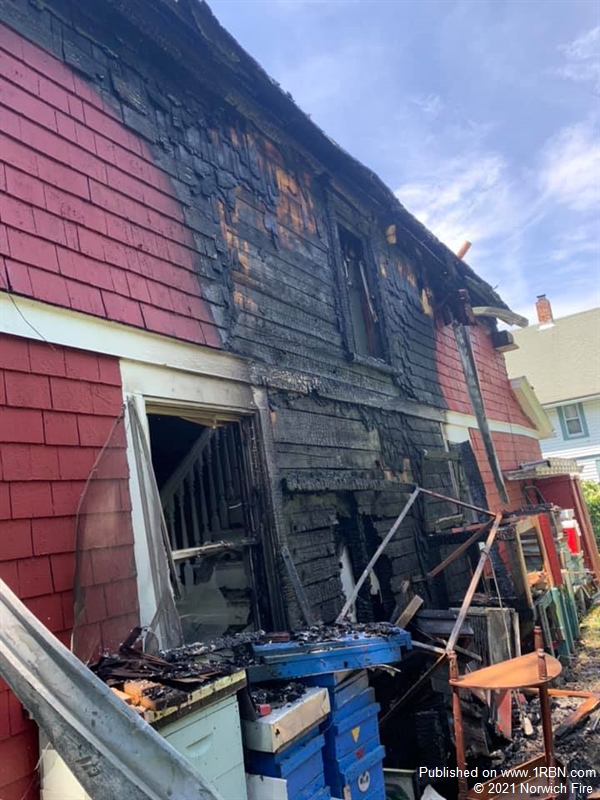 Photo by Norwich FireFirefighters washed down the rear and simultaneously stretched a line into the dwelling. 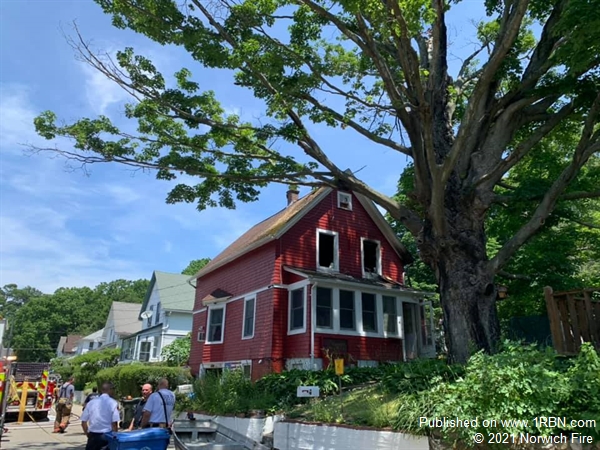 Photo by Norwich FireEngine 3 was first due under the supervision of Lieutenant Seitz.

NORWICH, CT - At 11:30 A.M. on Monday, June 28th, the Norwich Fire Department was dispatched to a house on Tyler Avenue for a reported structure fire. Battalion 1 arrived at 11:33 A.M., reporting a fire that had started on the exterior and was running the rear wall up into the eaves.

Engine 3 pulled past the house and stretched a one-and-three-quarter inch hose line to the rear, knocking down the majority of the fire. Squad A made the hydrant and handjacked five-inch to a hydrant on Tyler Avenue to establish the initial water supply. Engine 2 stretched a one-and-three-quarter inch hose line inside, where they found fire extending into the walls of the first and second floors. Truck 1 positioned in the front and cut the roof for vertical ventilation. Crews worked hard opening up, trying to stay ahead of the fire while also battling high temperatures in the 90s.

Yantic’s Engine 33 laid a supply line from a hydrant on Washington Street and assisted with overhaul while East Great Plain Rescue 5 provided the cascade. The Mohegan Tribal Fire Department provided the FAST while Ladder 5, Engine 21 and Engine 62 covered headquarters.