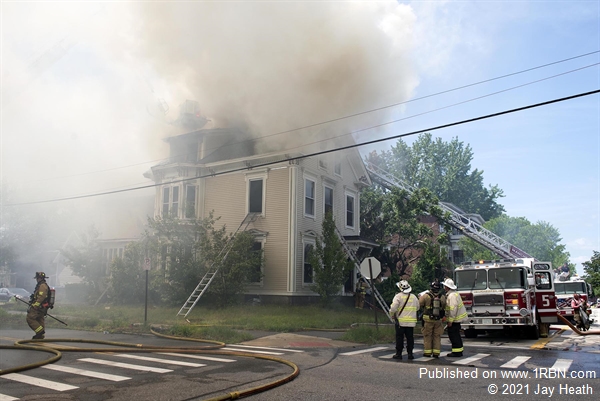 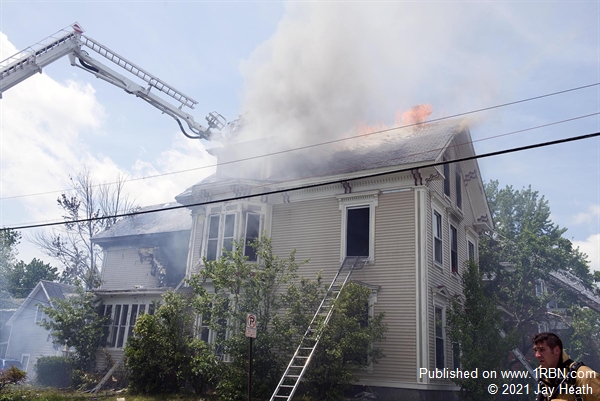 Photo by Jay Heath Fire still burns through the roof an hour into the fire. The building built in 1910 made for tough firefighting conditions. 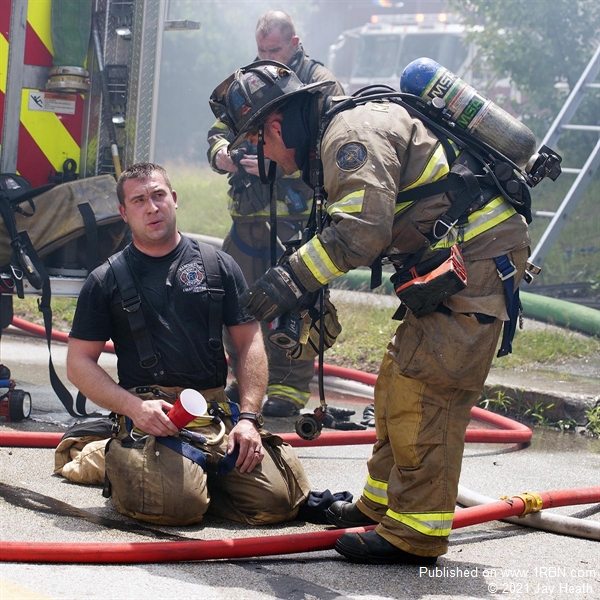 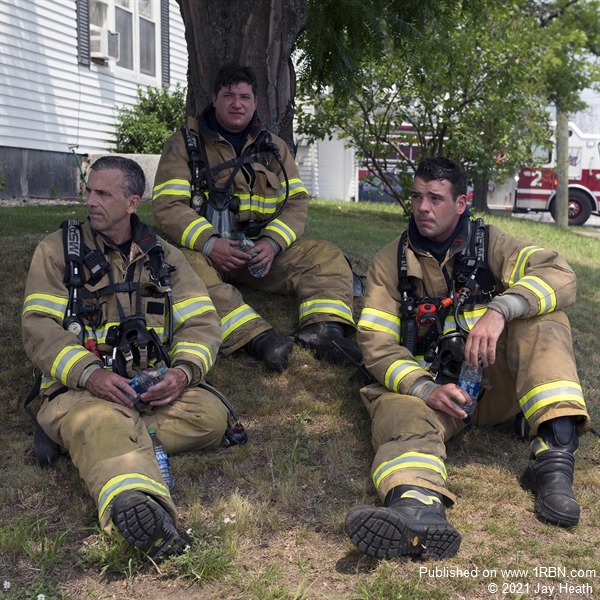 Photo by Jay Heath Firefighters took to the shade of trees for a cool down battling the three-alarm blaze. 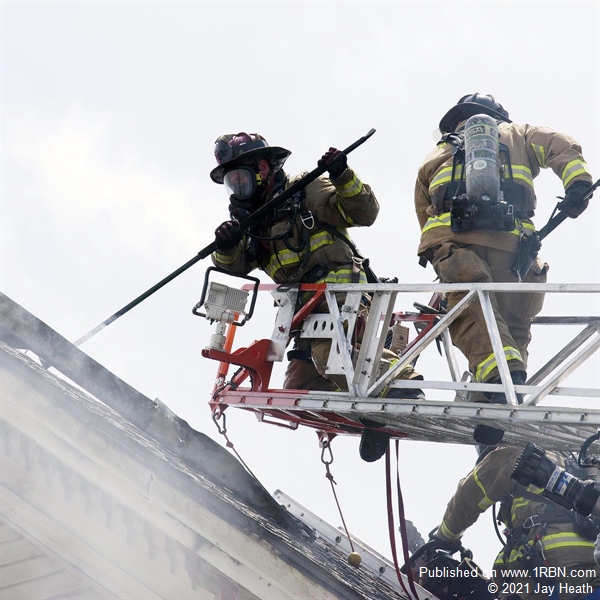 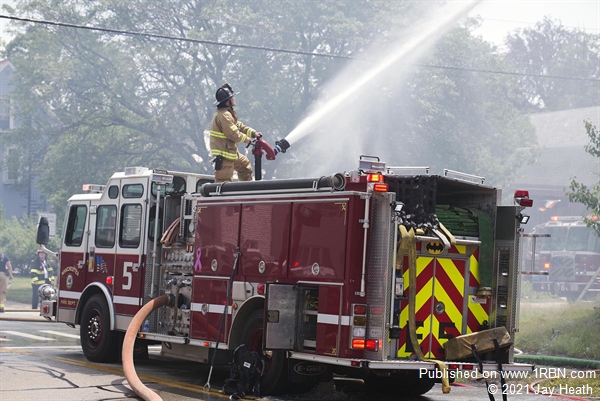 Photo by Jay Heath Engine Co. 5 operates it's deck gun to knock down the heavy fire. 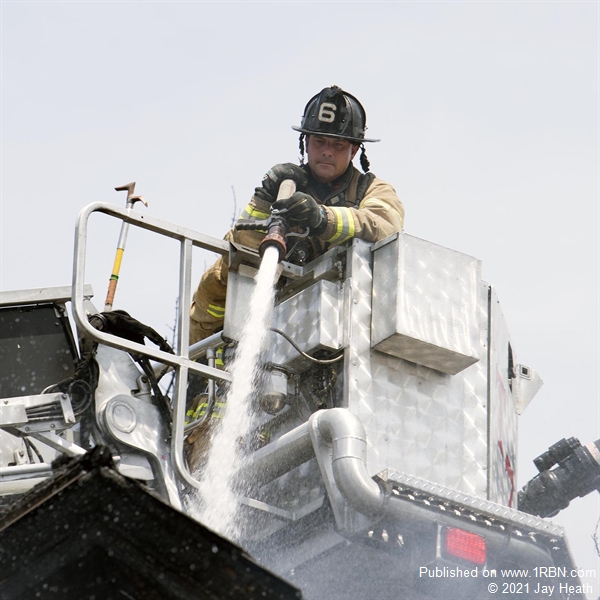 Photo by Jay Heath Firefighters have plenty of mop-up and overhaul in this large building. 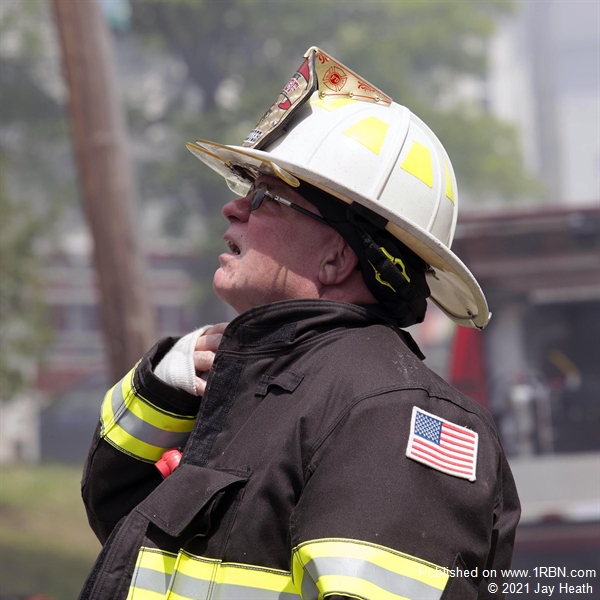 Photo by Jay HeathDistrict Chief Dave Patten in command during the three-alarm fire.

"There was heavy fire on arrival at the rear of the building," said Manchester Chief Andre Parent. "A few minutes later a second-alarm was called because of heat and fire conditions."

"We tried to fight the fire from the inside, but with the conditions we had to pull out and go defensive," Chief Parent said.

As fire spread to the front of the building, a third-alarm was transmitted to help rotate crews because of the extreme heat and to set up Tower Ladders. Firefighters took advantage of shade from nearby trees and drank plenty of water. All off-duty firefighters were called to the scene while crews from surrounding towns manned the stations.

According to city assessor records, the home with four units was built around 1910 and is assessed at $309,500. The fire department estimated $600,000 in damage. The cause of the fire is under investigation.