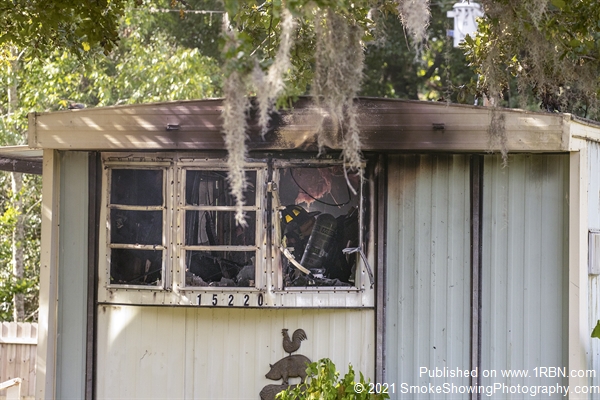 Photo by SmokeShowingPhotography.comFirefighters work inside to contain any fire extension. 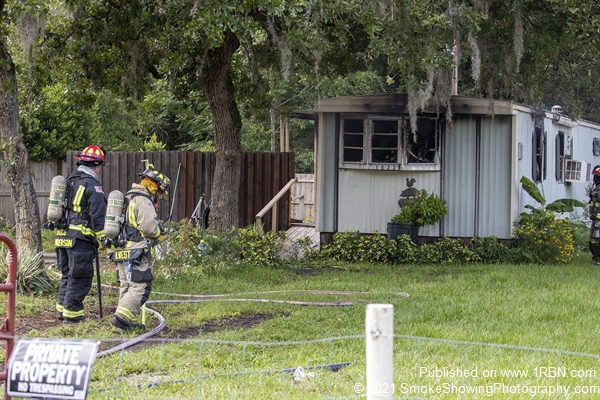 Photo by SmokeShowingPhotography.comThe damage to the mobile home. 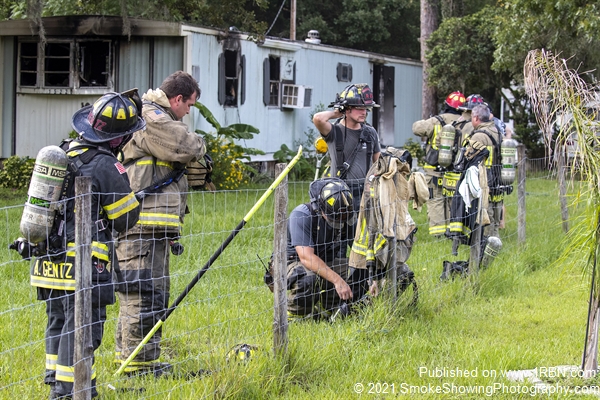 Photo by SmokeShowingPhotography.comThe first arriving companies take a blow after getting the fire knocked down.

SHADY HILLS, FL - Shortly after 9:30 A.M. on a Sunday morning, June 27th, firefighters were called to a home at 15220 Little Ranch Rd., just down the same street as Engine 20's firehouse. Engine 20 and Rescue 20 were first to arrive and quickly went to work. Two lines were utilized and the fire was knocked down very quickly. Tankers arrived on scene to provide a water supply. Several dogs escaped the blaze, except for one that succumbed to the smoke and heat. No other injuries were reported.