Arson Ruled Cause of Structure Fire in Jamestown 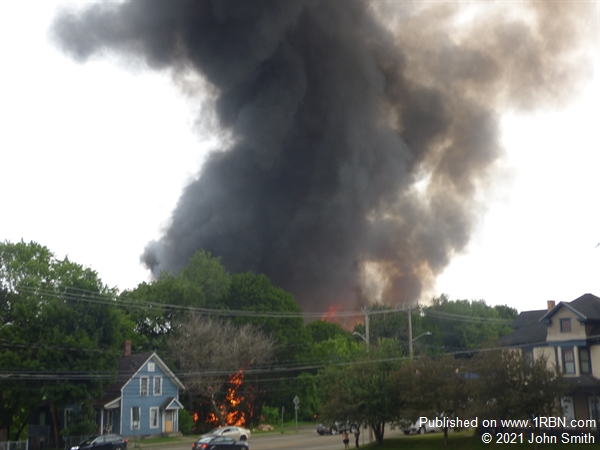 Photo by John SmithView from my front porch. 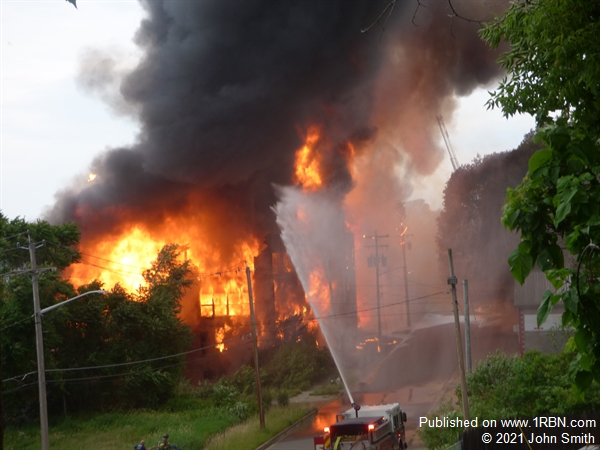 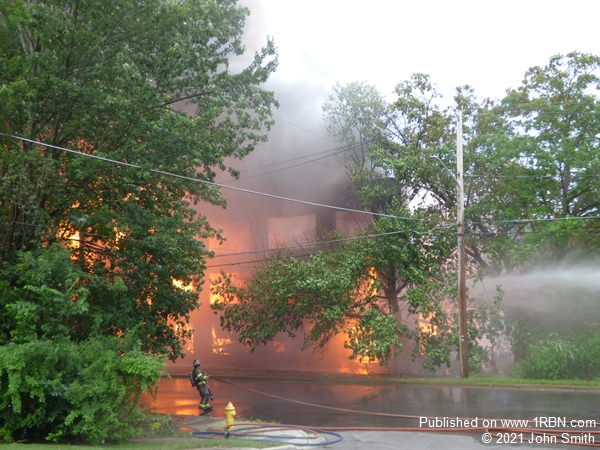 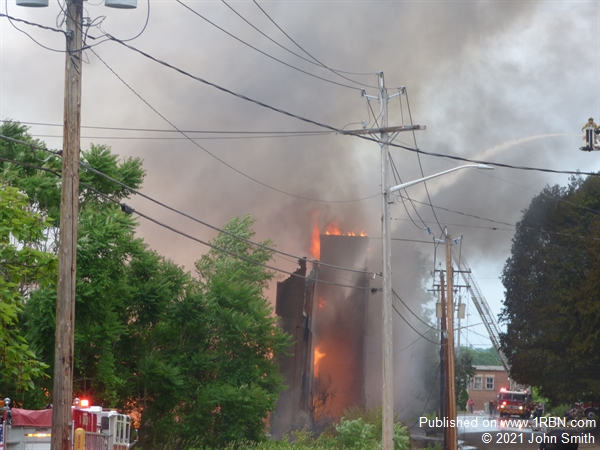 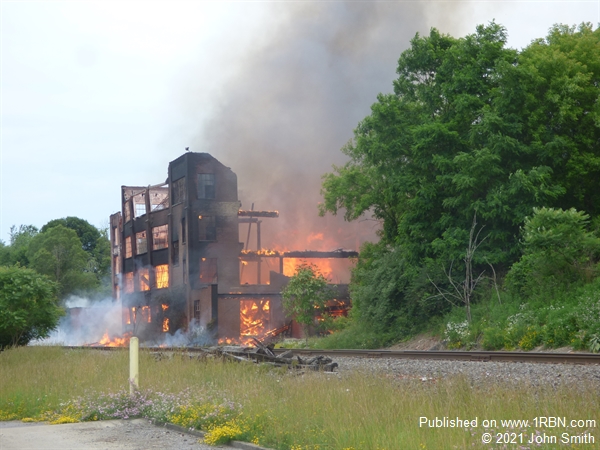 JAMESTOWN, NY - At 6:43 P.M. on June 25th, the Jamestown FD was dispatched to 308 Crescent Street, at the former Jamestown Royal furniture building, for flames showing. Car 1 went on scene and reported a working structure fire and requested an off-shift of 15+1. Car 1 requested Falconer Truck 401 to the scene.

The heat from the blaze was so intense at times that it could be felt more than two blocks away and quickly melted the siding on a nearby home. Area residents were forced to evacuate as heavy black smoke could be seen from several points across the city.

At various points loud booming sounds could be heard, likely the result of portions of bricks from the building crashing to the ground.

Kennedy FD was requested to the scene, as well as Busti ambulance. An emergency demolition was ordered.

The cause of the fire has been ruled arson.