One Person Dies, Others Rescued from Apartment Fire in Groveland 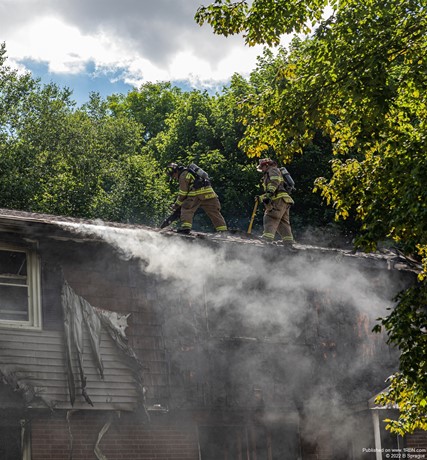 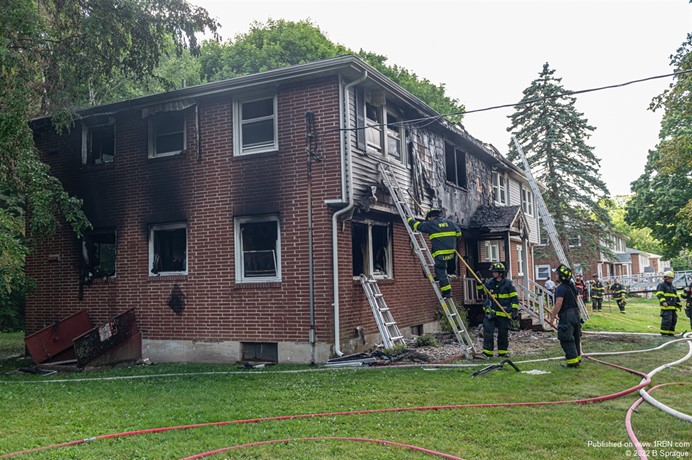 Photo by B SpragueFirefighters starting overhauling the outside of the building

GROVELAND, MA - On the hot Friday afternoon of June 24th, the Groveland FD received a 911 call reporting a building fire at 2 Manor Drive, a four unit building. The first due engine was out on a medical call, so Groveland requested a mutual aid response from neighboring towns. Groveland Police were first on scene and reported heavy fire on the first floor of the building and people trapped in the rear on the second floor. Both police and fire personnel worked together to rescue two people trapped on a second floor deck. An adult male was found unresponsive on the first floor and pronounced dead at the scene. A second and then third alarm were struck for manpower due to the high heat and heavy fire conditions. The cause and origin of the fire is under investigation by several departments, including the State Fire Marshal's office.