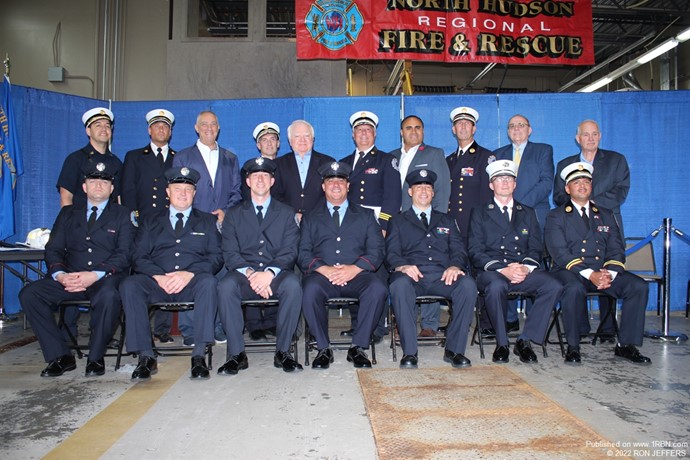 The master of ceremonies was Deputy Chief Nicholas Gazzillo, who was on his last tour of duty, retiring after 35-years of service. He began his career with the former North Bergen Fire Department.

Fire Chief Michael Falco swore in the members receiving promotions. He told them that they were ready to move on. “Preparation is ongoing.” He added, to know and understand what the department expects from you. Read, network, learn from others within the department and outside of the department. Challenge yourself-continue to learn.