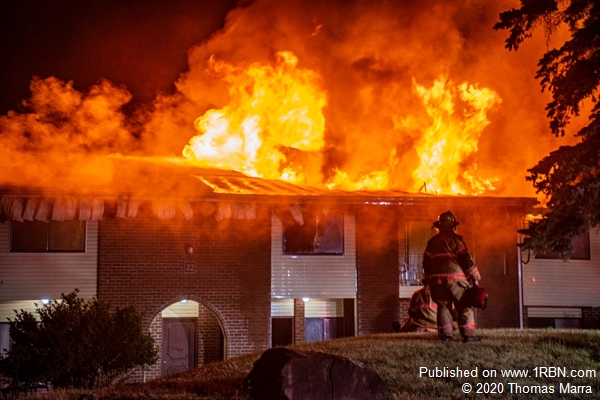 Photo by Thomas MarraA fire broke out at a Ravena apartment complex for the second time in under two weeks, this time engulfing an entire building, June 22nd. 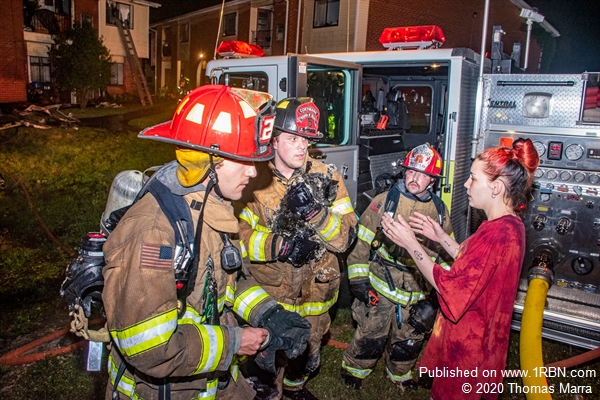 Photo by Thomas MarraMultiple pets were rescued from the structure and returned to their owners. 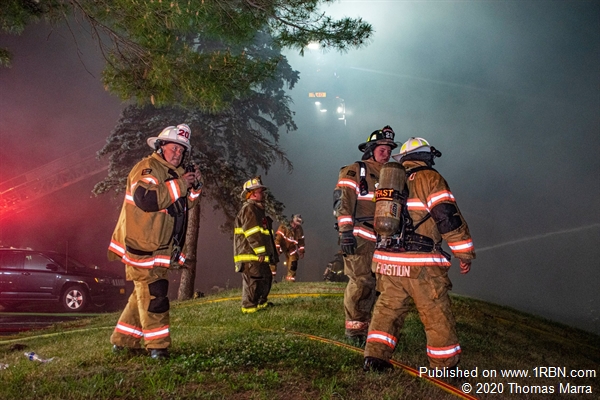 Photo by Thomas MarraFire departments battled the fire throughout the early morning hours. 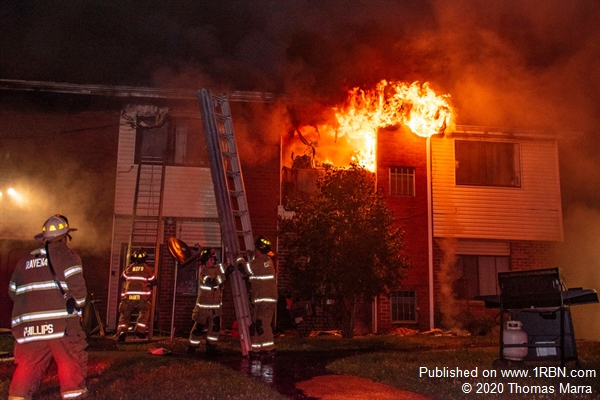 Photo by Thomas Marra This is the second fire the complex has seen in less than two weeks. 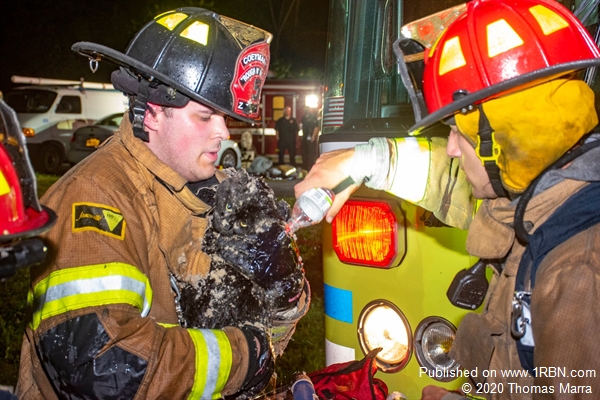 Photo by Thomas MarraMultiple cats and other animals were rescued at the scene, including one cat that was found on the roof of the apartment building. 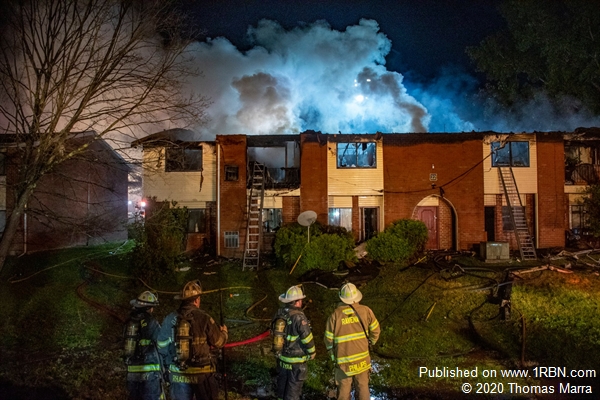 Photo by Thomas Marra The roof of the building collapsed during firefighting efforts. 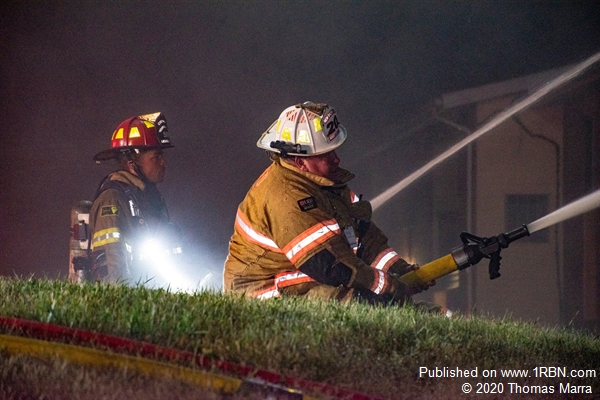 Photo by Thomas MarraFirefighters battled the fire throughout the already hot and humid morning. 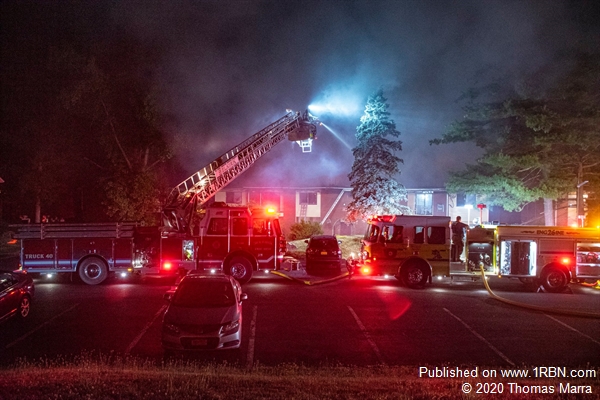 Photo by Thomas MarraThe scene was active throughout the early morning hours with firefighters from multiple agencies on the scene and on standby.

Ravena, NY - Emergency crews were dispatched to 22 Oakbrook Manor, Apartment B, in Ravena, for a reported structure fire at 2:30 A.M. on Monday, June 22nd.

Upon arrival of crews, the entire building was heavily involved in fire and a Signal 30 was declared, indicating a working structure fire.

Dispatch information stated that there were multiple callers reporting hearing screaming from inside the building and residents trying to get their pets out of the burning structure. Deputy Chief Kevin Phillips of the Ravena Fire Department arrived on the scene and stated he noticed heavy fire coming from an apartment and spreading across the roof line.

Upon his arrival there were members of the Coeymans Police Department and Albany County Sheriff's Department knocking on doors and evacuating residents from the buildings. He says the resident in the apartment where the fire is believed to have originated also helped evacuate residents. The two neighboring buildings were also evacuated as a precaution, but residents in those two buildings have since been allowed back inside.

Phillips says it took approximately one hour to get the fire under control. Firefighters faced issues with water supply when fighting the fire. "We know from previous experience that the water hydrant on Route 9W, across from the entrance to Oakbrook Manor, is the best hydrant," Phillips said.

Due to firefighters connecting to the hydrant across Route 9W, the road was closed from Route 143 to Aquetuck Road. Fire hydrants within the Oakbrook Manor Apartment Complex have given firefighters troubles in the past as well.

Firefighters were at Oakbrook Manor just over one week prior on June 11th for a structure fire in building 26. Arriving crews had found fire coming from the ceiling in a balcony from one of the apartments and were able to contain the fire to the apartment. While fighting that fire, crews had difficulty opening the hydrants within the complex.

Both fires seem to have started in the ceiling of an apartment and spread to the roof line and are believed to be caused by electrical issues.

While fighting this fire there were multiple hot spots that would flare up and crews had to keep attempting to get to the flames in the void spaces in the attic.

The roof of the building collapsed during the firefight.

Ladder 26-70 from Ravena and Ladder 29-70 from Selkirk were placed on opposite sides of the building to provide light and water, and also give crews an overhead view of the structure.

"After doing some overhaul we noticed on the northern side of the structure that there was a cat at the peak of the roof," said Deputy Chief Phillips. "Firefighters from Coeymans went up there with an extension ladder and the cat ended up going to them and they were able to bring it down."

According to Phillips, all occupants were accounted for. He says there were approximately 10 residents displaced by the fire and that Oakbrook Manor has since provided alternate shelter for those displaced.

Some firefighters were treated at the scene for exhaustion from the heat, however, there were no other injuries reported on the scene.

The cause of the fire is under investigation, but is believed to be electrical.