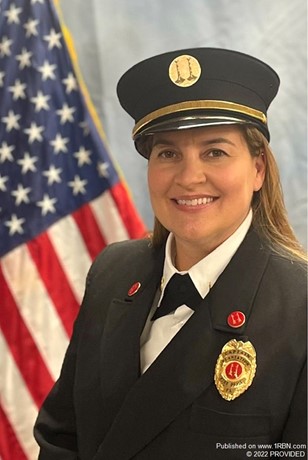 Captain Echevarria started her career with the Plantation Fire Department in 1999 as a volunteer firefighter. She transferred to the Rescue Division after earning her EMT certification in 2001.

Tery currently serves as an Adjunct Instructor at the Broward College, EMS Paramedic Program. In addition to her fire service certifications, she has also earned a Bachelor’s Degree in Organizational Leadership.

The 21-year veteran has received numerous citations throughout her career including a Life Saving Award and two Unit Citations.

Tery has three children including one who is following in her mother’s footsteps by recently graduating from EMT School. She also has grandchildren.

Tery will serve as the Rescue Captain of D Shift.