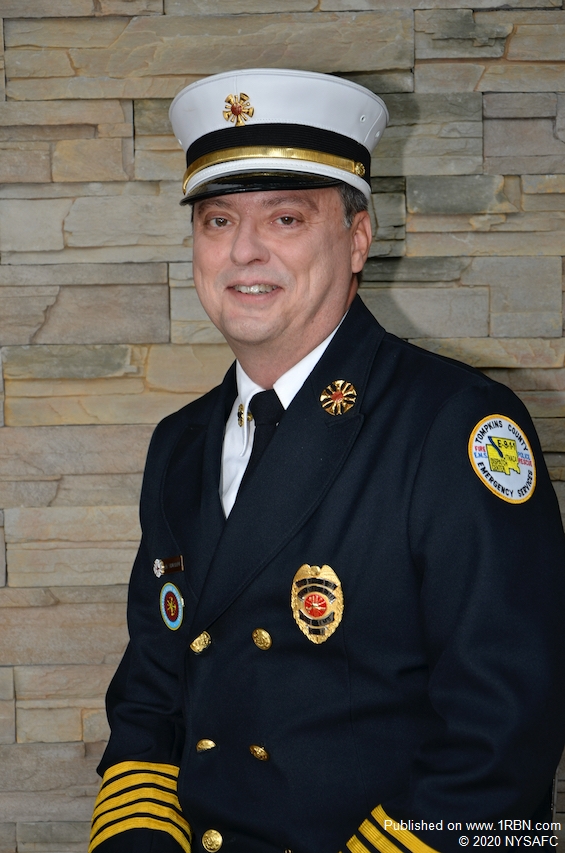 East Schodack, NY - Chief Lee Shurtleff of the Groton Fire Department in Tompkins County was installed as president of the New York State Association of Fire Chiefs (NYSAFC) on June 13, 2020. He will serve a one-year term leading the statewide not-for-profit organization, which represents more than 10,000 career and volunteer fire chiefs, officers, and emergency services personnel.