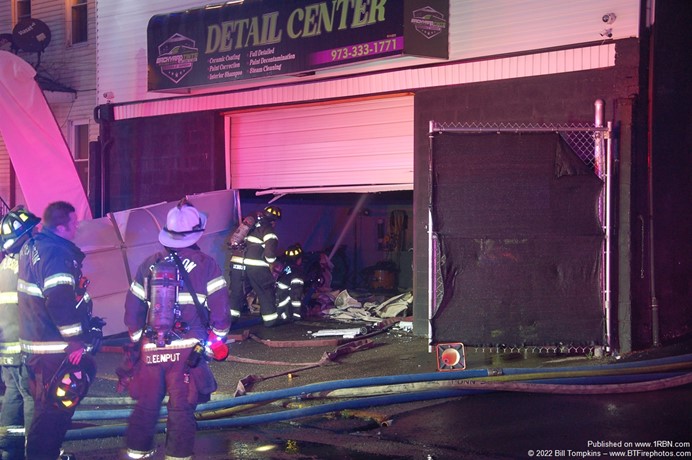 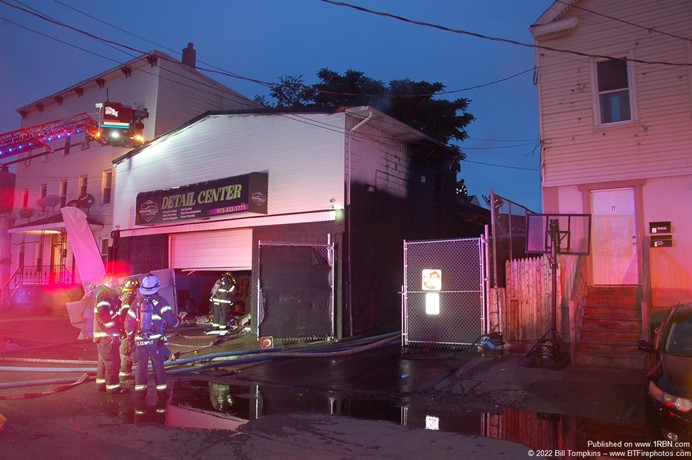 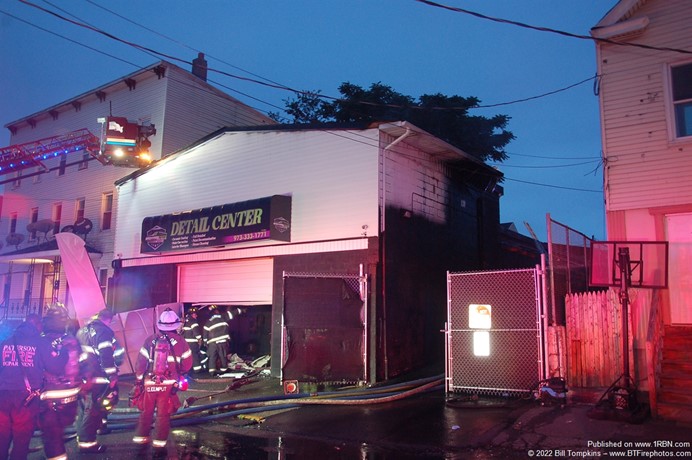 PATERSON, NJ - Shortly before dawn on June 17th, Paterson units were dispatched to a reported fire. Some confusion with the address initially had the assignment going to two addresses. The fire building stretched between E. 12th Street to River Street. Fire was extending through the roof of a one and two story auto detailing business at 73 East 12th St. and 607 River Street.

Companies quickly opened up an overhead garage door on the E. 12th St. side and soon had several two-and-a-half inch lines in operation through the door and also to the roof. The flames were rapidly extinguished, keeping the assignment to a first alarm. Companies commenced overhaul and several units were soon released. No injuries were reported, and the cause is under investigation.