Crash Involving Two Cars and a School Bus in Quincy

Photo by LT Jim Roberts / Mount Pleasant VFDOccupant was extricated by Quincy (FL) FD and transported to the hospital for further treatment. 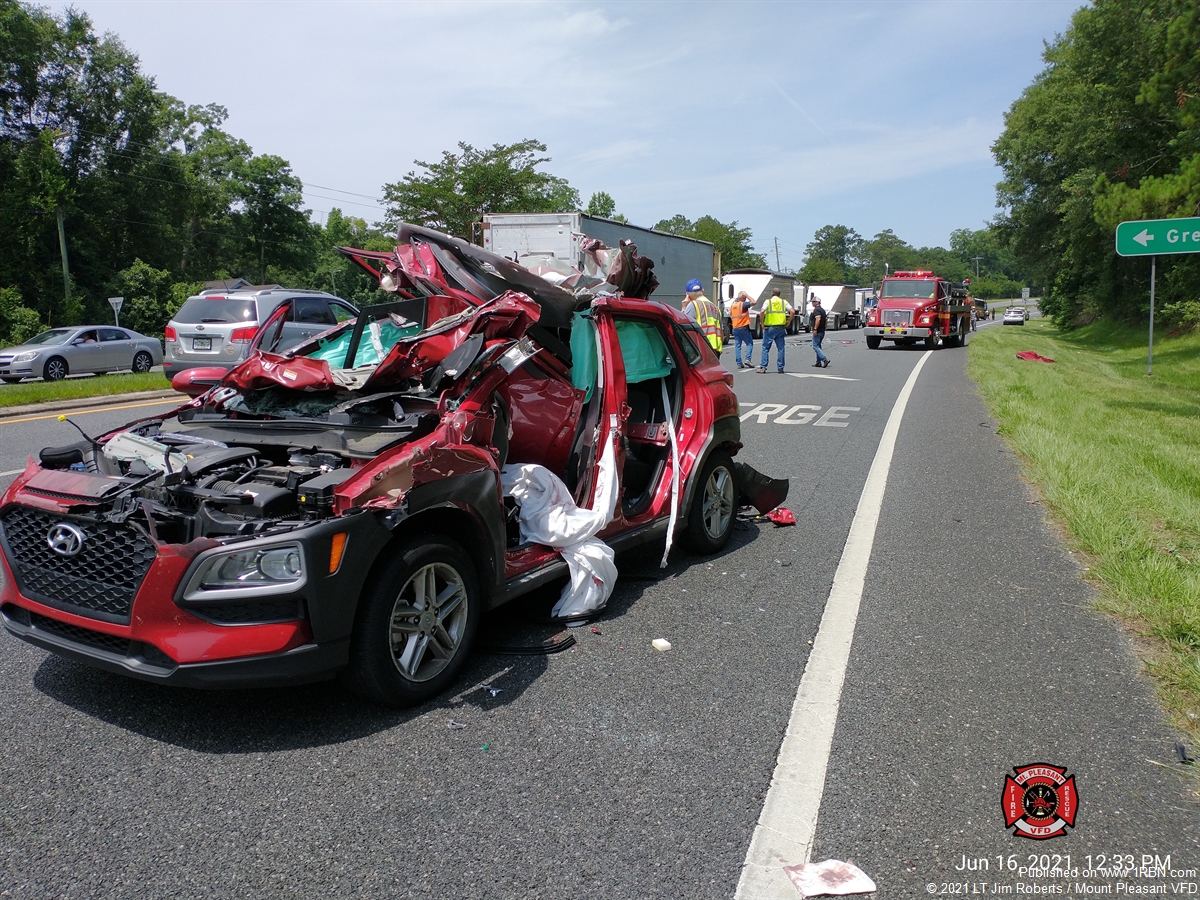 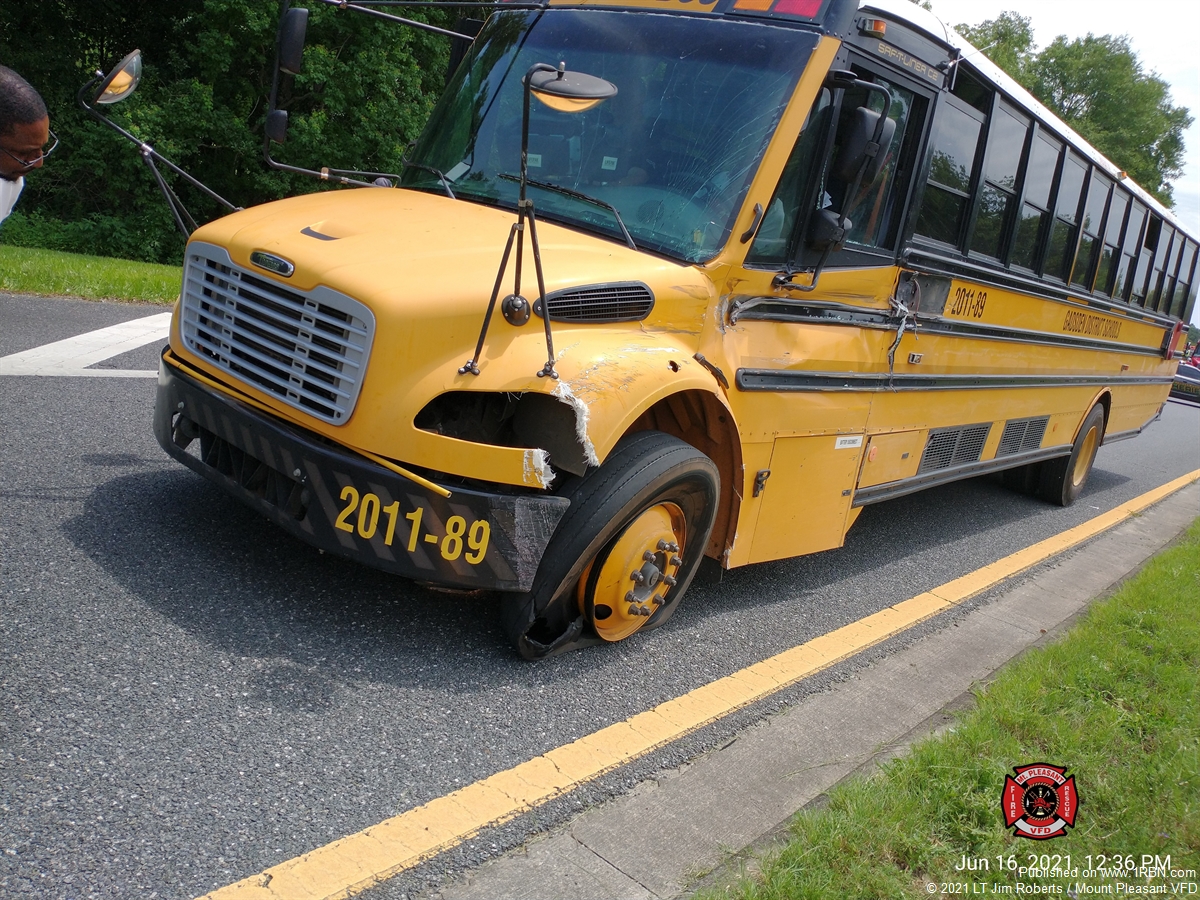 Photo by LT Jim Roberts / Mount Pleasant VFDSchool Bus struck - none of the 7 students on the bus were injured. The driver was transported as a precaution to be assessed and treated. 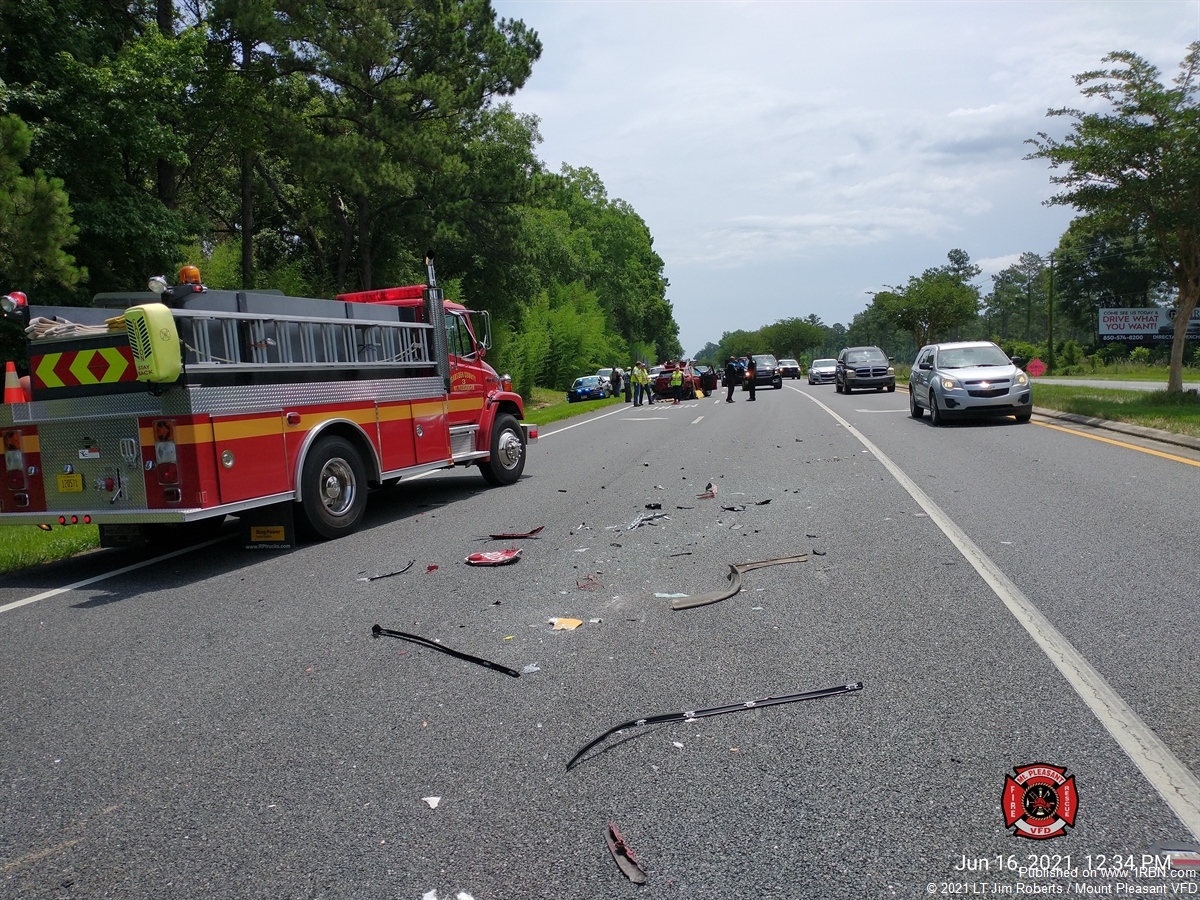 QUINCY, FL - At 11:51 A.M. on June 16th, Mount Pleasant Firefighters were dispatched to a reported motor vehicle crash with entrapment at the intersection of Blue Star Highway and Greensboro Highway, near the VStop. This was a joint response with the City Quincy Fire Department.

Upon arrival personnel a multiple-vehicle crash involving two passenger vehicles, one with entrapment, and a Gadsden County School Bus. Personnel worked to extricate the driver of one of the passenger vehicles so they could be assessed and transported to the hospital for further treatment. There were students on the bus at the time of the crash, but none were injured. The bus driver was transported to the hospital as a precaution by EMS. The driver of the third vehicle was not injured.

Due to the nature of this crash a large response was initiated with multiple agencies on scene to include Gadsden EMS, Gadsden School Board, Gadsden Sheriff's Office, Gadsden Emergency Management, Mount Pleasant FD, Quincy FD, Quincy PD, Gretna PD, the Florida Highway Patrol and Florida Department of Transportation.

Additionally, the Fire Chief of the City of Midway Fire and Rescue Service who was in the area assisted personnel on scene with some Gatorade and drinks for rehab.