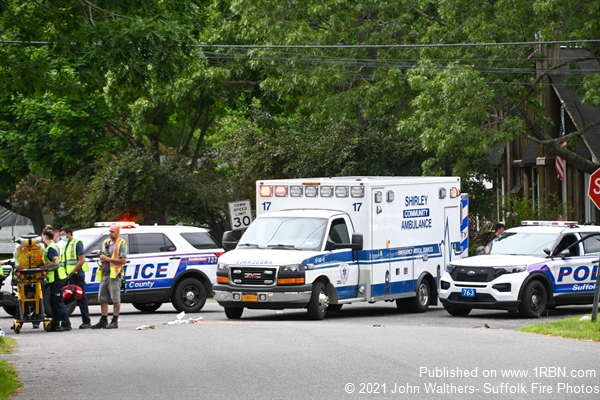 Photo by John Walthers- Suffolk Fire PhotosMembers of Shirley Ambulance on Scene of a double V-Ped . 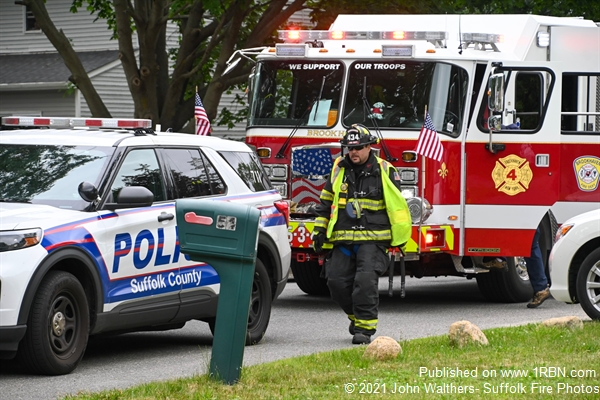 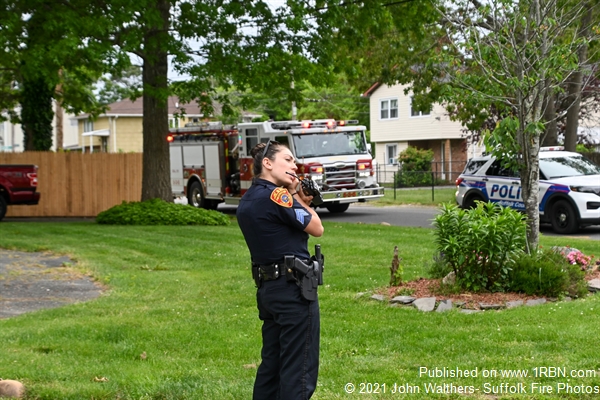 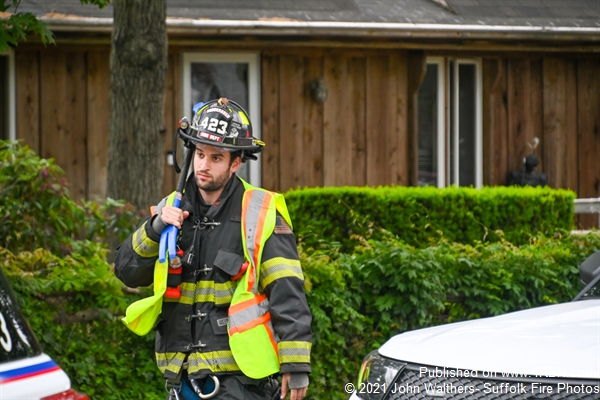 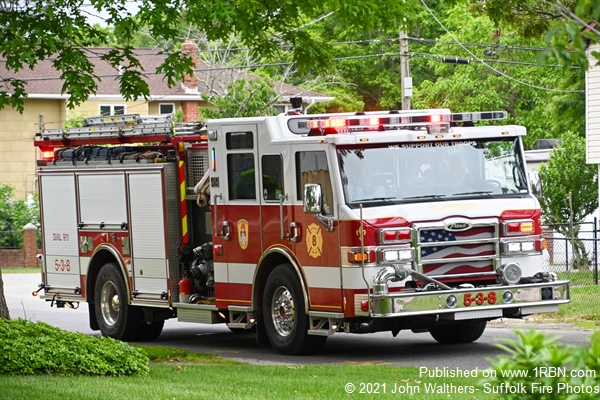 SHIRLEY, NY - On Saturday, June 12th at about 3:25 P.M., the Brookhaven Fire Department and Shirley Community Ambulance were activated for a report of a motorcycle crash at Flintlock Dr., off Heston Road. Assistant Chief Giuseppe Loiacono (5-3-32) arrived on scene to find two pedestrians that were struck at the scene. According to police, the vehicle that struck them had fled the scene. Rescue 4 and Engine 8 arrived and brought their crews up with brooms as instructed while Shirley EMS checked on the patients and police interviewed them. The subjects were conscious and alert, and both were taken to a local hospital for treatment of minor injuries. The scene was turned over to SCPD 7th Precinct officers to complete their investigation.