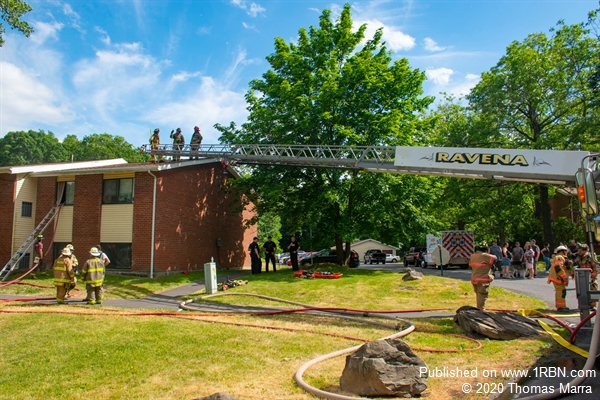 Photo by Thomas MarraA fire at an apartment complex in Ravena was quickly extinguished and mostly contained to one apartment on June 11th. 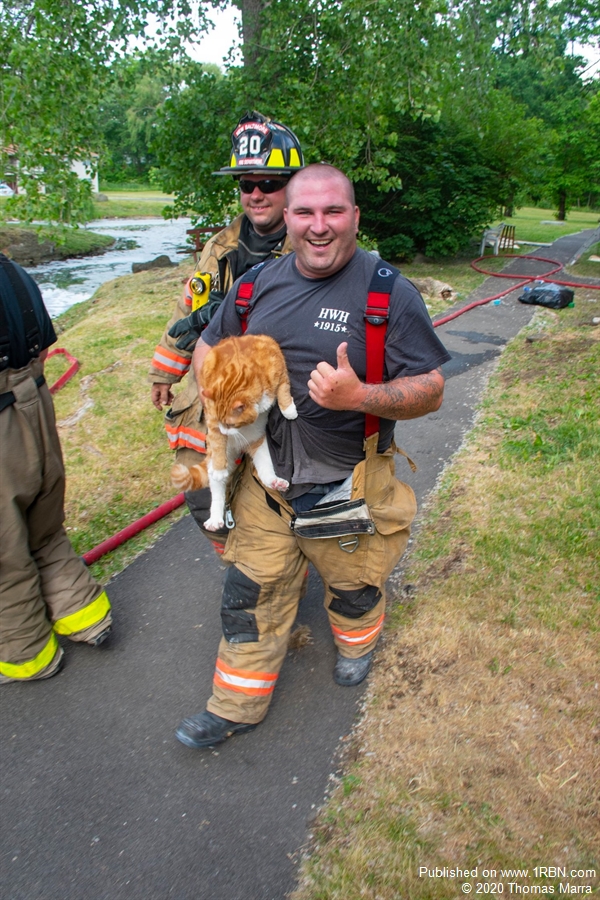 Photo by Thomas MarraFF J.R. Ingraham of the New Baltimore FD was seen bringing a cat out from one of the apartments. 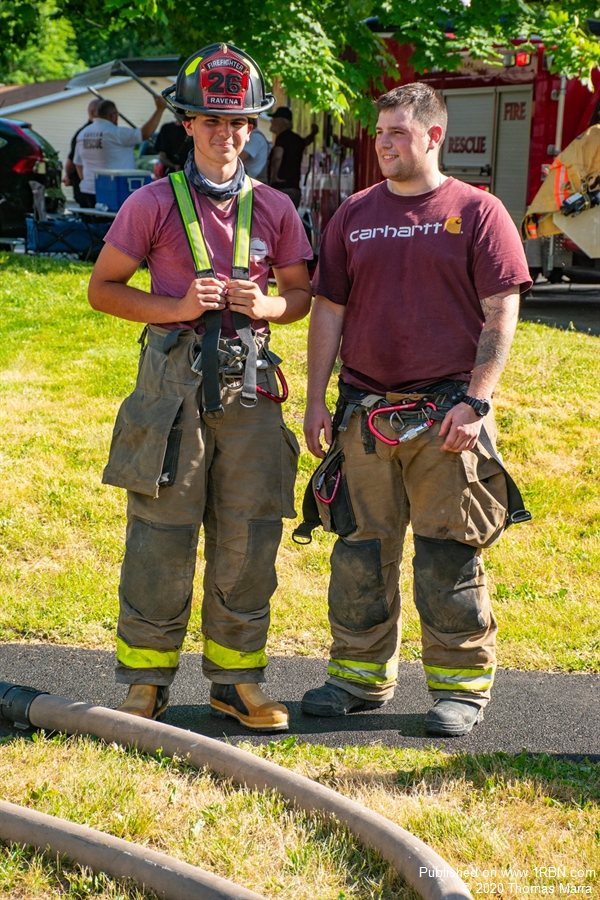 Photo by Thomas MarraCousins Jack Morrow (Left) and Ryan Morrow (Right) of the Ravena Fire Department at the scene of a recent structure fire in Ravena. 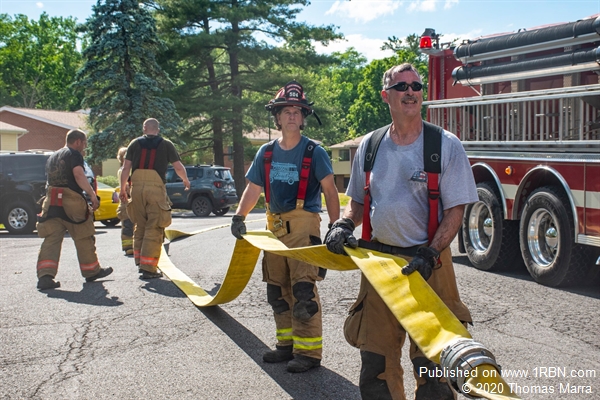 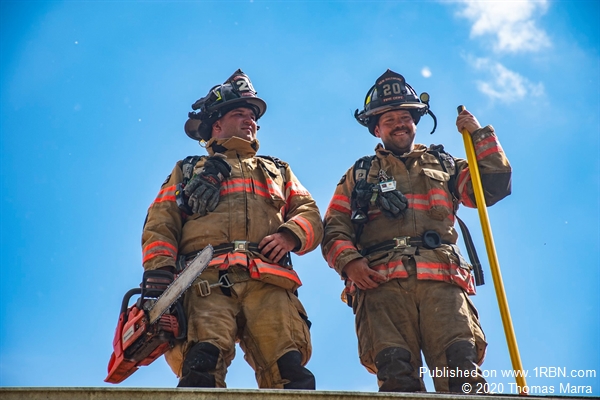 Photo by Thomas MarraFirefighters J.R. Ingraham and Sam Anderson of the New Baltimore Fire Department seen on the roof of a recent apartment complex fire in Ravena. 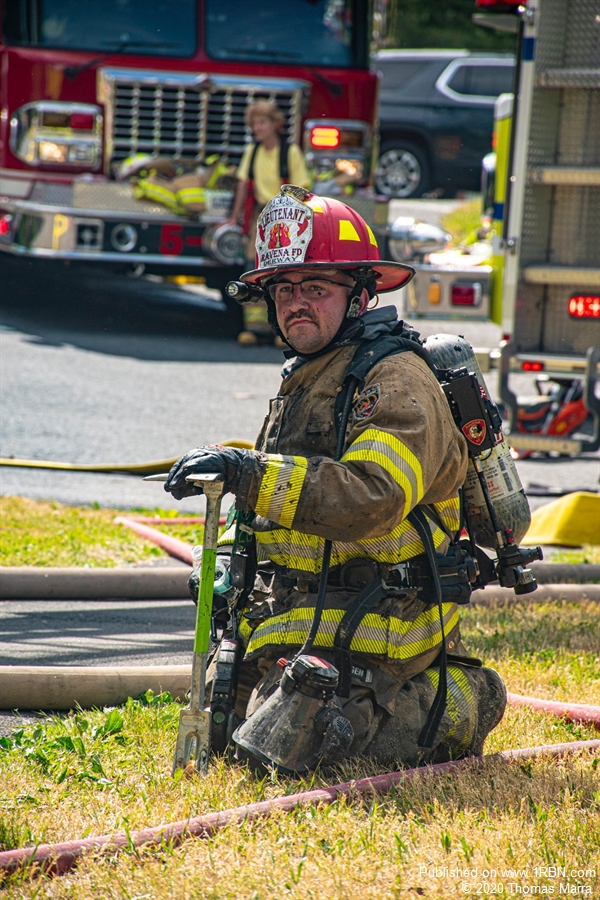 Photo by Thomas MarraLieutenant Adam Derway of the Ravena Fire Department on the scene of an apartment fire in Ravena. 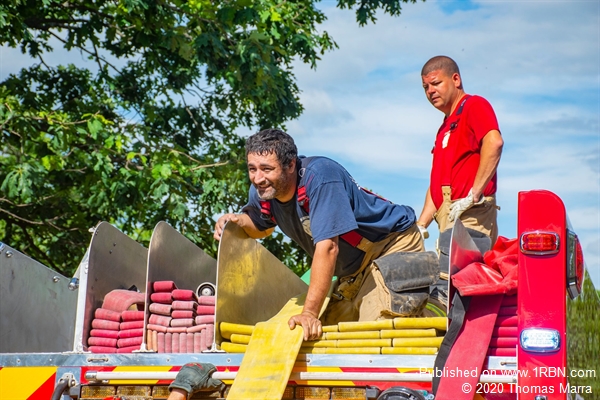 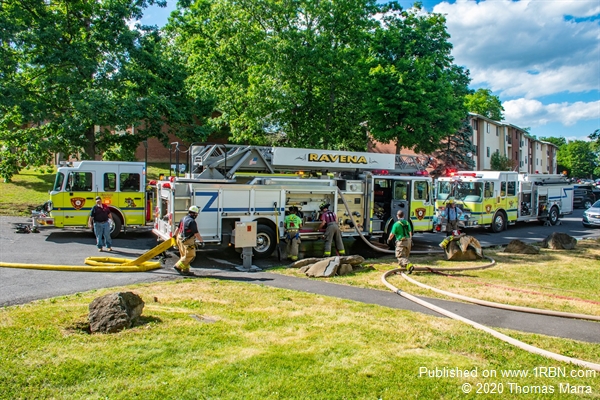 The call was dispatched at 3:15 P.M. for reports of smoke and fire coming from Building 26, Apartment G, at the Oakbrook Manor Apartment Complex.

Original dispatch information stated that the caller was evacuating all residents in the building. She stated that she needed to go back inside to get her cat and then the call was disconnected.

Upon the arrival of Assistant Chief Kevin Phillips of the Ravena Fire Department, maintenance from the apartment complex was already on the scene. Phillips says there was fire in the ceiling of the balcony of the apartment, and that the maintenance worker used a fire extinguisher and was able to knock down the majority of the fire.

Crews discovered some additional fire that had spread to the attic of the building. It took approximately 40 minutes to completely extinguish the fire, according to Phillips. He said there was still some residual smoke, causing crews to cut a hole in the roof for ventilation and check for additional fire.

Phillips says crews faced difficulty with water supply at the apartment complex. "A couple of the hydrants were actually sealed tight," Phillips said. "It took awhile to get one for us to finally establish an adequate water supply."

Phillips said there was only some minor extension, but most of the damage was confined to the one apartment. He says management from the apartment complex is working to relocate tenants to different apartments on the property.

There was a cat that firefighters brought out of an apartment, but Phillips is unsure which apartment that cat came from. He says to his knowledge he believes all pets are accounted for at this time.

According to Phillips there were no known injuries to civilians on the scene, however, one firefighter was transported to the hospital with a possible heat-related illness.

Also on the scene was the Medway-Grapeville FD with their rehab trailer, as well as Coeymans Police, Albany County Sheriff's Department, Albany County Paramedics and two ambulances from the Ravena Rescue Squad.

Phillips says the cause of the fire is under investigation by the Coeymans Police Department, but the cause is believed to be electrical at this time.