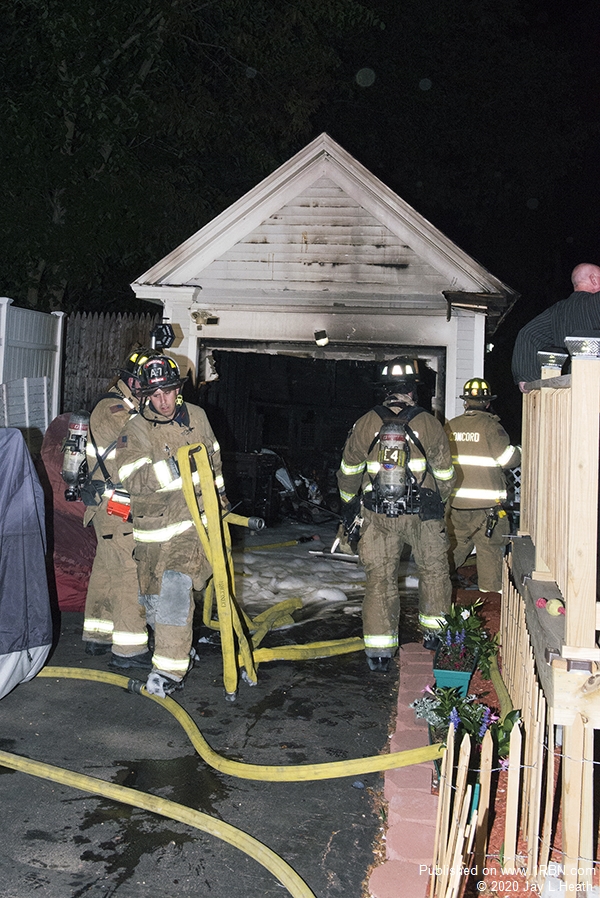 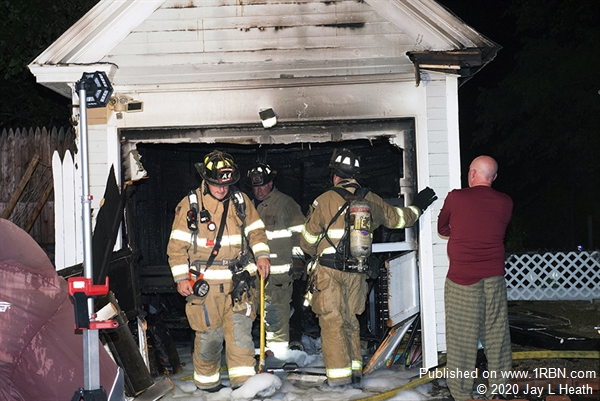 Photo by Jay L HeathCity Firefighters pick up after a quick knock down in this small garage in the City's South End. 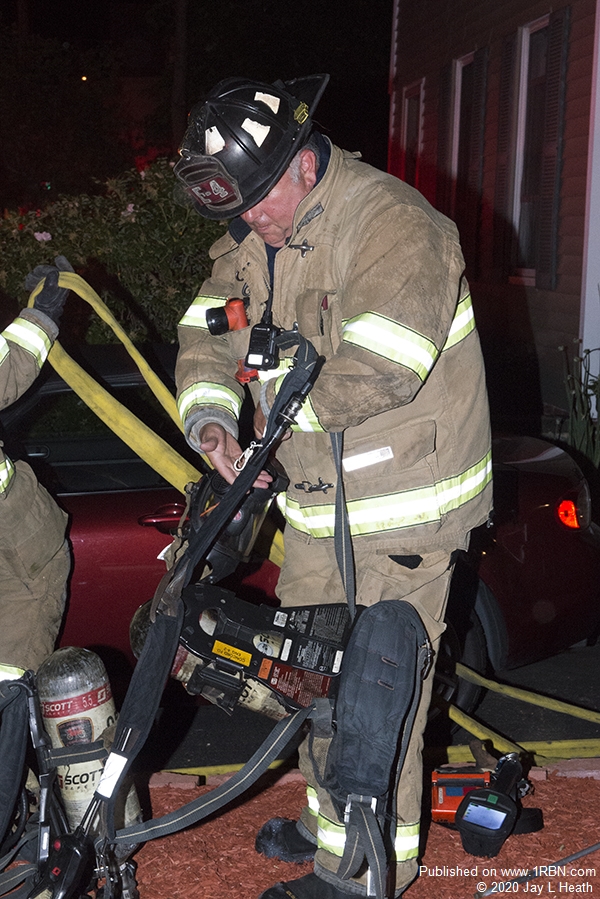 Photo by Jay L Heath Concord Fire Lieut. Derek Martel takes a break after a quick knock down at this garage fire. 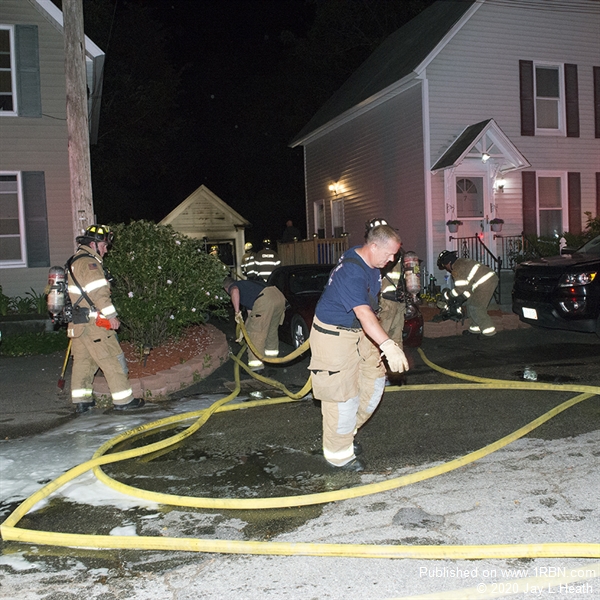 Concord, NH - A fire that ignited in a garage at 7 Harrison Street on Thursday, June 18th, was caused by spontaneous combustion of oily rags, according to Deputy Fire Chief Sean Brown. A neighbor who lives across the street saw flames out her window and called 911. Concord Fire Alarm transmitted the Box for the building fire with a full response in the compact neighborhood, where buildings are close together. First due Engine 4 and Rescue 4 made an aggressive attack and the fire was knocked down very quickly in the 12'x20' garage used mostly for storage. The fire was under control 16 minutes later and crews began overhauling and checking for hot spots. Deputy Chief Brown wants to remind people that it's important when discarding rags with petroleum-based products to do so in a sealed metal container with some water because they can spontaneously combust at anytime. No injuries were reported and the garage is a complete loss.