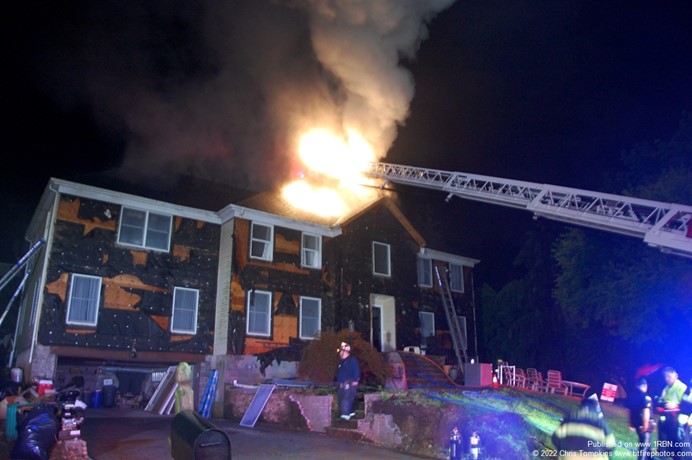 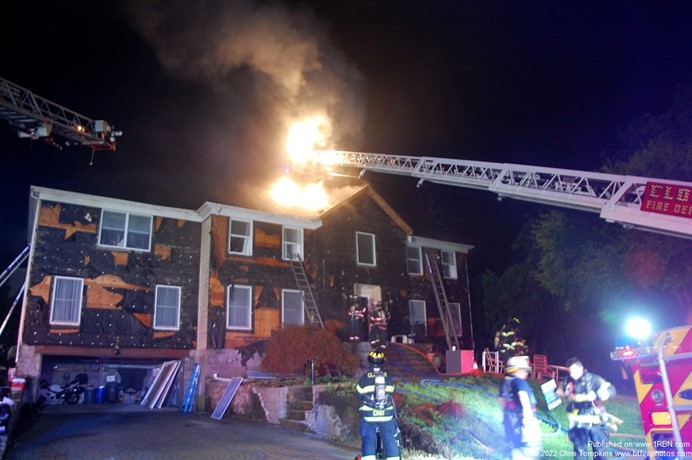 Shortly before 2:00 A.M., firefighters were requested to respond to 5 Jason Woods Rd. for a reported house fire. On arrival, heavy smoke could be seen emitting from the roof and a working fire was requested, followed by a second-alarm. An attack line was stretched through the front door to the second floor by the first due engine as the tower set up to the roof. Interior crews opened up ceilings, attacking the fire from the second floor as multiple vent holes were made in the roof.

Mutual aid companies arrived and stretched additional lines to the second floor to attack the fire. Firefighters were able to knock down the fire that was contained to the attic within 30 minutes. Mutual aid from Norwood, Demarest, Harrington Park and Northvale assisted on scene. No injuries were reported and the cause is under investigation.