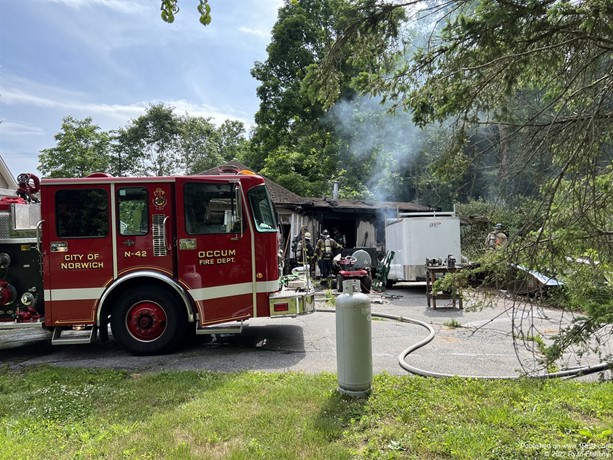 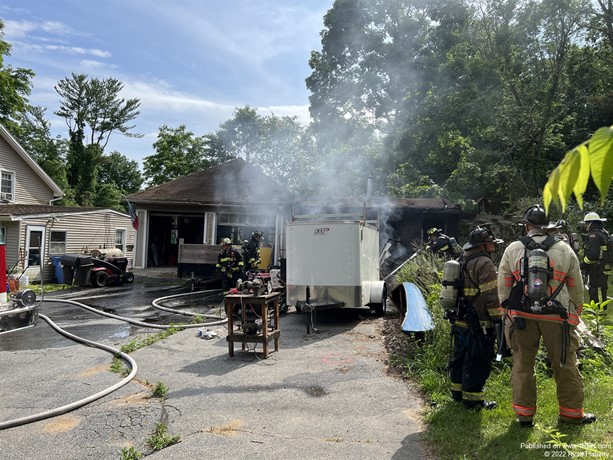 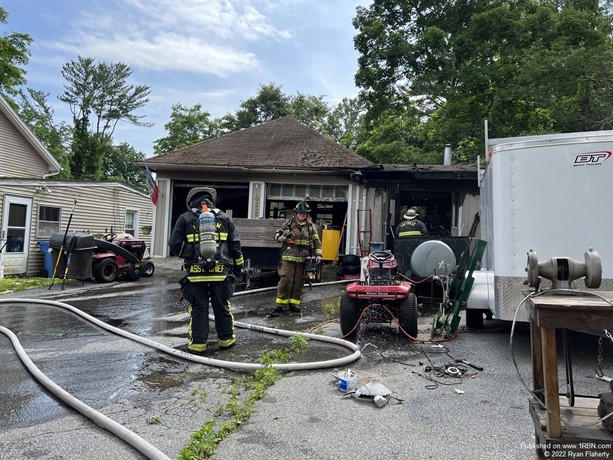 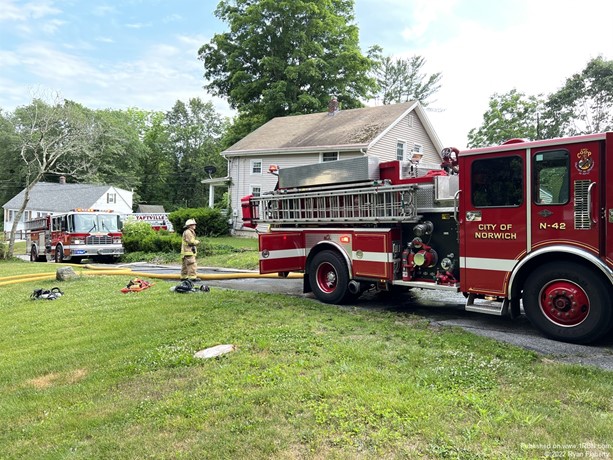 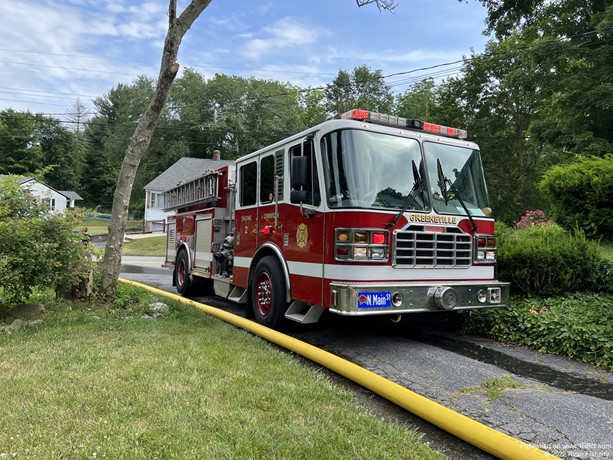 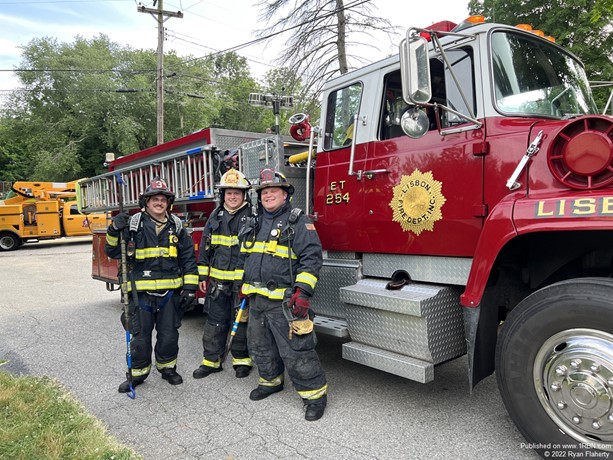 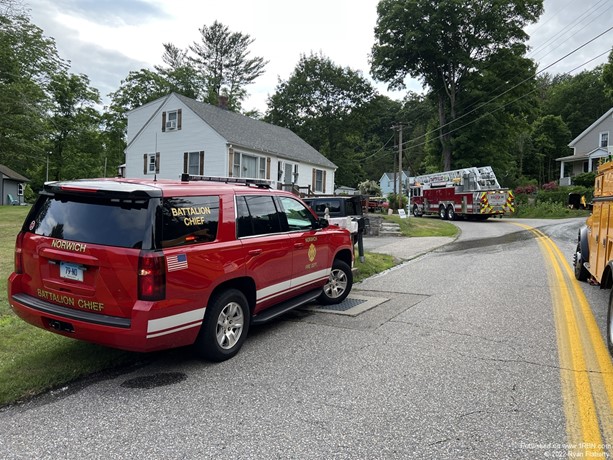 At 3:20 pm on Thursday, 6/16/2022 the Occum Fire Department was dispatched to 322 Old Canterbury Turnpike for a garage fire. Car 40 arrived at 3:25 with a working in the rear of the garage. Car 40 transmitted the second alarm which added Taftville Tower 25, Engine 21, Norwich Engine 2, Lisbon Engine 254 and Baltic Engine 124 with the Mohegan Tribal FAST. Engine 42 arrived at 3:30 and stretched a 1.75” hose line to the rear. An Occum crew hand jacked 5 inch hose to the bottom of the driveway where they established the water supply from the hydrant. Engine 2 stretched the second crosslay from Engine 42 while Taftville and Lisbon performed overhaul. The Norwich Fire Marshal’s Office is investigating.