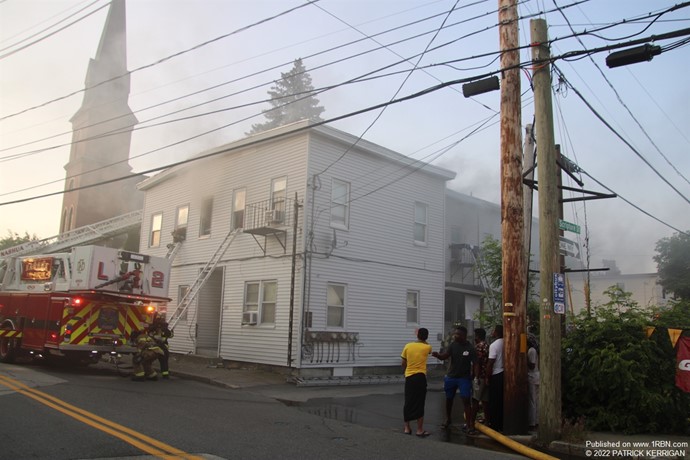 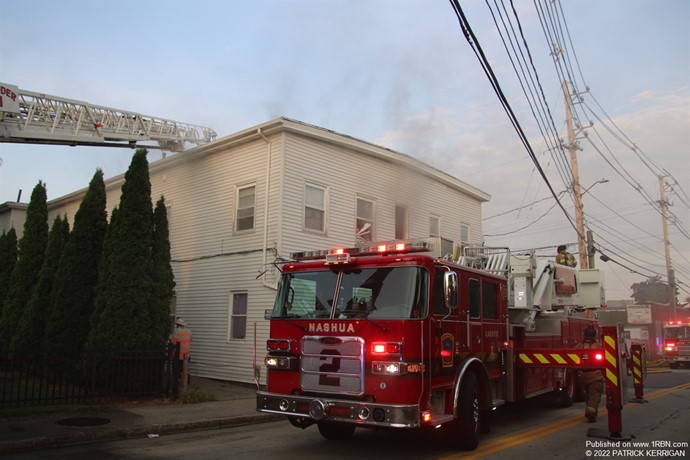 NASHUA, NH - On June 16th, Nashua firefighters began receiving calls for a fire at 115 Temple Street. Upon arrival of C4 (Deputy Kerrigan), he reported smoke showing from a two-and-a-half story wood-frame and struck the Working Fire. Companies encountered heavy fire in the basement with extension to floor 1. Ladders 1 and 2 rescued occupants over ground ladders from the front of the building. Command struck a second-alarm. Companies made an aggressive interior attack and had the fire knocked down a short time later.