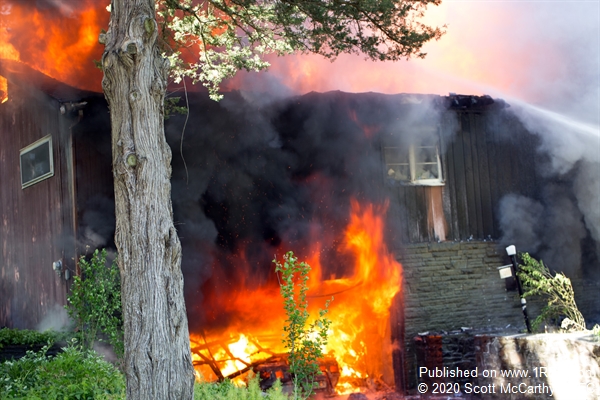 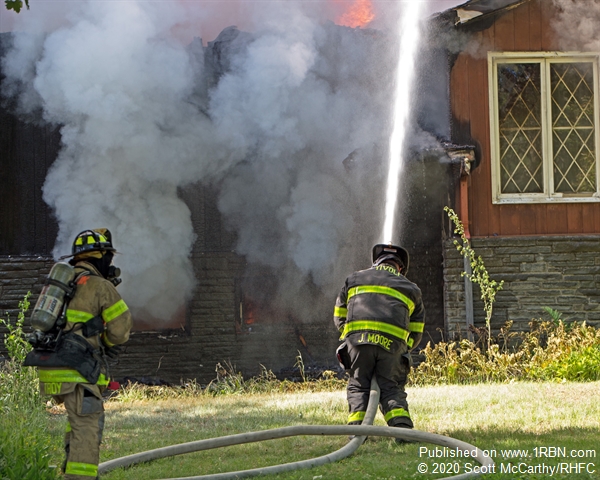 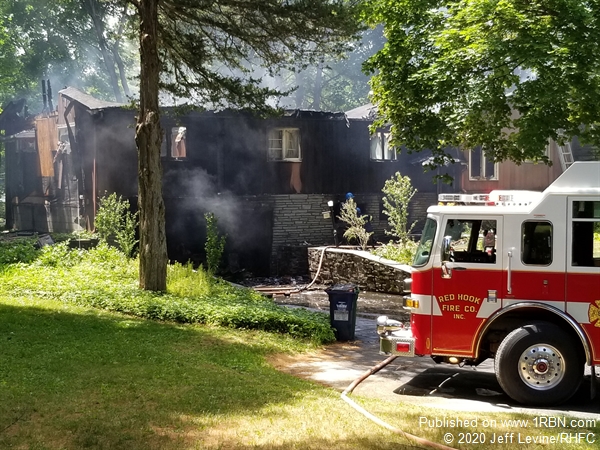 Red Hook, NY - A residence in the Town of Red Hook is considered a total loss following a two-alarm fire on Monday morning, June 15th. The two residents of the home at 100 Kelly Road were already out of the house when they called 911 at 9:01 A.M., reporting a fire in their basement.

Firefighters arrived moments later and found heavy flames coming from the basement and spreading quickly throughout the house. It took firefighters approximately 45 minutes to get the blaze under control, and hot spots were flaring up for about two more hours after that.

“When the first officers arrived at the scene, it was determined that the main floor was compromised,” said Red Hook Fire Company First Assistant Chief Mike Lane. “Due to that dangerous situation, we established a defensive exterior attack, including a ladder truck fighting the fire from above. No firefighters entered the house.”

That decision proved to be the right call when the first floor collapsed less than 10 minutes after arrival, and most of the roof caved in shortly after that.

There were no injuries. The home, however, is not habitable and Red Cross was at the scene to assist the family. The family also lost a car that was parked in the attached garage.

About 50 volunteer firefighters from the Red Hook Fire Company and Tivoli, Rhinebeck and Hillside Fire Departments fought the blaze. NDP EMS, the Dutchess County Sheriff’s Office, and Red Hook Police Department were also at the scene, and the Milan Fire Department was put on stand-by to assist if needed.

Firefighters were on the scene until after 3:00 P.M. As of the afternoon on the same day, the Dutchess County Fire Investigation Division was still determining the cause, but it is not considered suspicious.

While fighting this fire, the Red Hook Fire Company received another call for a lawnmower fire on the other side of the town. They were able to release one engine from Kelly Road to extinguish the second fire.