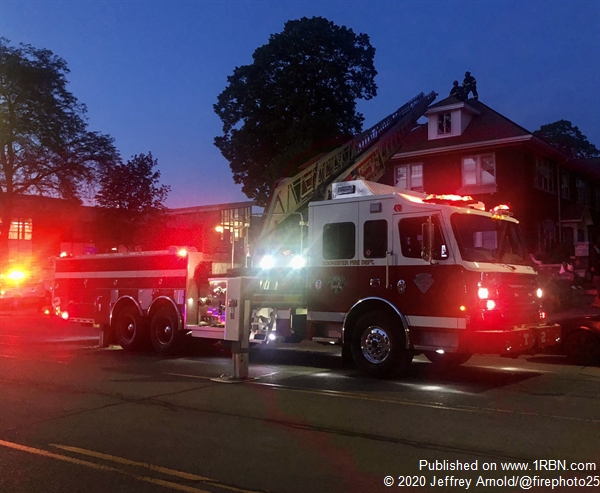 Photo by Jeffrey Arnold/@firephoto25Apartment fire on Dewey Avenue in Rochester.

ROCHESTER, NY - On Sunday, June 14, at 8:55 p.m., Rochester firefighters responded for the report of a fire in the apartment building at 960 Dewey Avenue. Upon arrival, units reported a basement fire in the back of the 21 unit apartment building. An additional unit was requested, as fire was also found to be traveling to the first floor and heavy smoke was found on the second floor. The fire was contained to one room in the basement and an apartment above it. All of the residents were able to escape and there were no injuries reported.
The cause of the blaze remains under investigation.