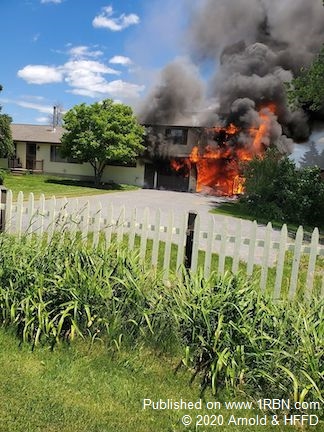 Photo by Arnold & HFFDFront of the home. 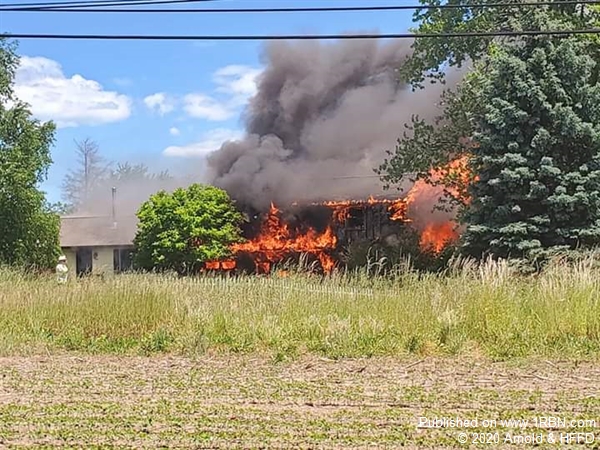 Photo by Arnold & HFFDRear of home 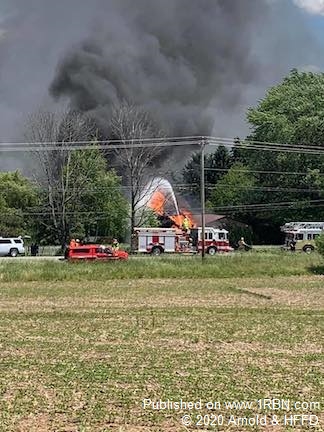 Photo by Arnold & HFFDP582 hitting it with the deck gun 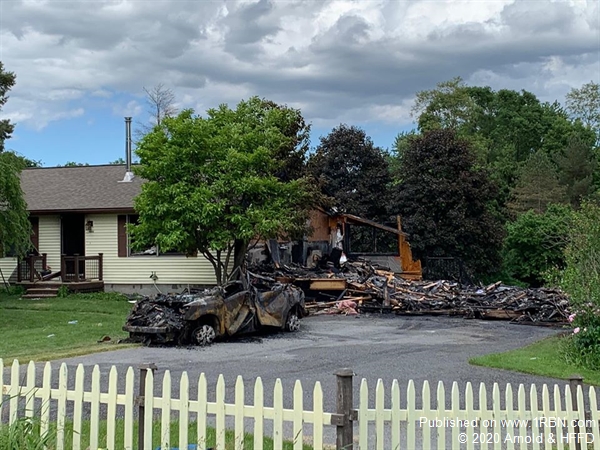 Photo by Arnold & HFFDAfter the fire was knocked down. 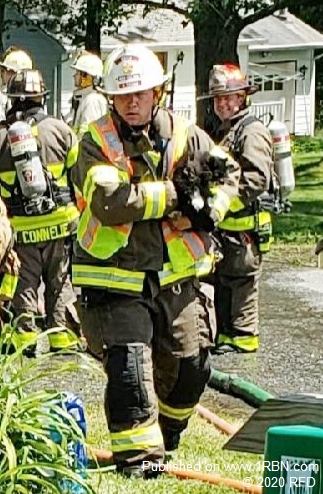 Photo by Jenna CirincioneAfter the bulk of the fire was knocked down Chief Jon Faugh brings out the rescued kitty from the house fire on 6-12-20 that he found in the kitchen.

Rush FD was dispatched with automatic mutual aid from Honeoye Falls, Henrietta, East Avon, Mendon, Scottsville, Lima and Pittsford. HFFD Chief Hood was on location at 12:58 P.M. reporting a working fire. Rush Pumper 584 was on location at 1:03 P.M. to secure a water supply and attacked the fire.

Chief Jon Faugh arrived and assumed command while HFFD's Chief assumed operations. Rush Pumper 582 was on location at 1:05 P.M. and hit the fire with 200-GPM from the deck gun. Ladder 560 set up and was supplied with water from 584. Henrietta 652 laid a five-inch line from the north to supply 582's deck gun and two hand lines. An aggressive interior attack was then conducted.

The fire, which was placed under control at 1:30 P.M., was cut off in the middle of the home but not before a lot of damage was done. Two cats were rescued, one by Chief Faugh and the other got out on its own. The resident was taken to the hospital for smoke inhalation. He reported a problem with a lawn mower that he had just put in the garage.

Rush FD Ambulance stood by for rehab. The Town of Rush Highway Dept. responded with an excavator to pull the collapsed garage apart. A car in the garage was also a total loss. Monroe Co. Fire Bureau and 5th Batt. Fire Coordinator were on scene along with investigators and the Rush Fire Marshal. Red Cross assisted the family.

Everyone did an outstanding job at this call. No firefighters were injured. The person with smoke inhalation was transported by Honeoye Falls-Mendon Ambulance. CHS ALS and Rush FD Ambulance stood by.