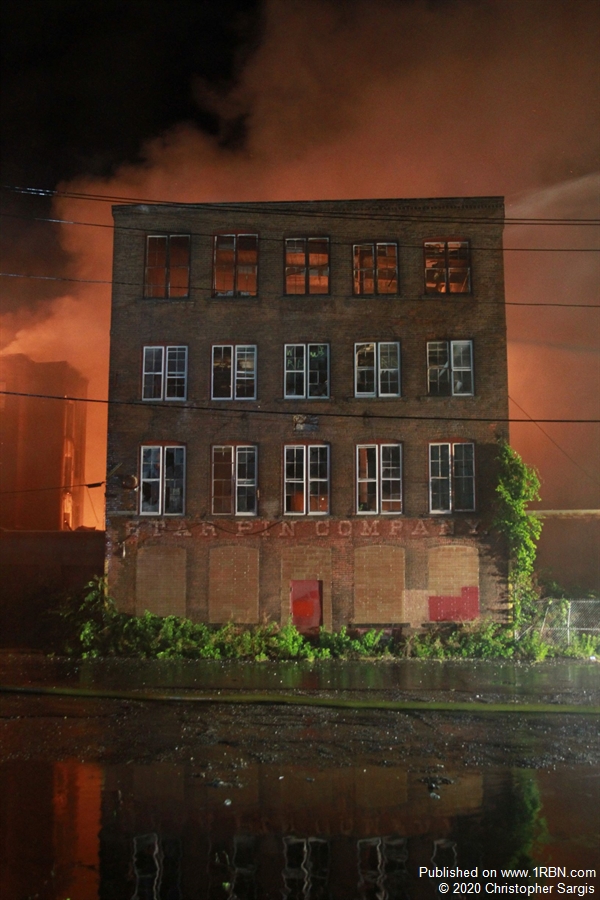 Photo by Christopher SargisThe front of the building still showing the original signage of the Star Pin Company. 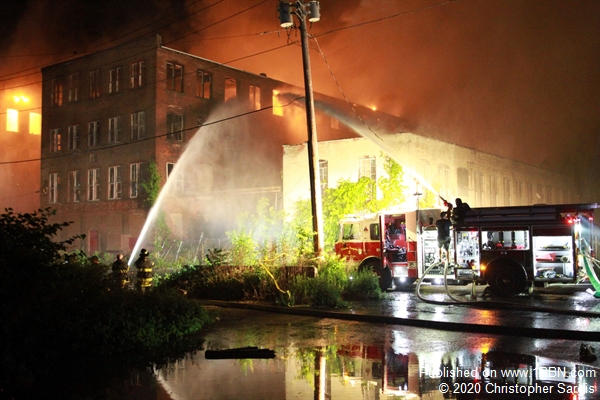 Photo by Christopher Sargis Derby Engine 12 flows their deckgun in conjunction with other master streams along the 'Delta' side of the building. 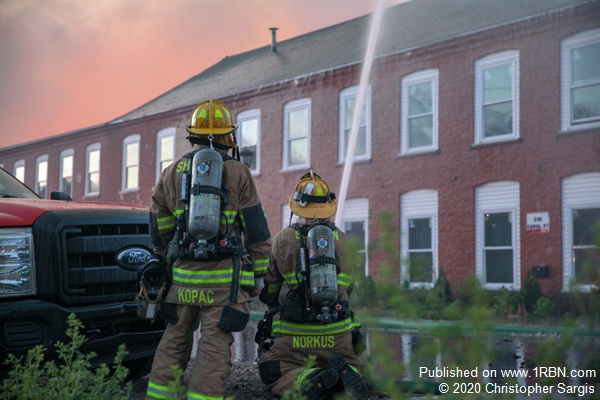 Photo by Christopher Sargis Members from Shelton operate a master stream, protecting an exposure building from the falling embers that were cast through the sky.

Derby units leaving quarters called the working fire and advised that the fire was in Shelton on Canal Street. The facility was once home to the Star Pin Company, originating in 1875 and operating for over 100 years manufacturing various types of pins and hairpins.

The fire destroyed the 1.4-acre property. Fire Companiess from Shelton, Derby and Ansonia operated throughout the night extinguishing the fire.