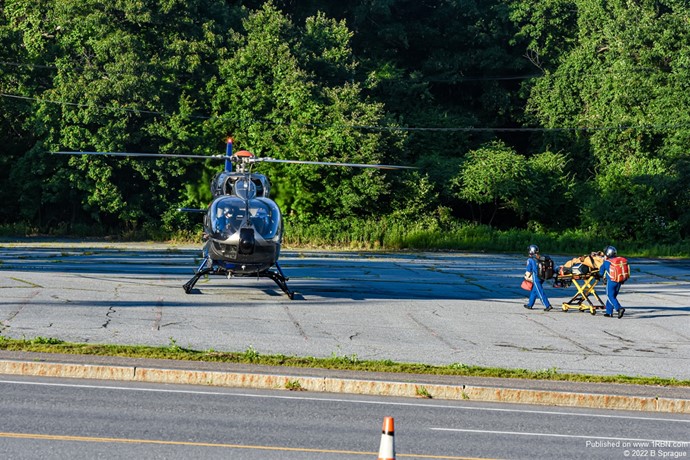 Photo by B SpragueCrew loading person into Boston Med Flight 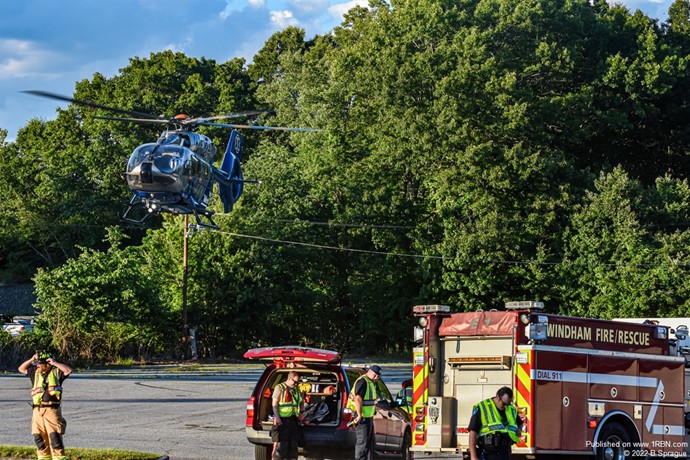 Photo by B SpragueBoston Med Flight en route to hospital.

WINDHAM, NH - On the evening of June 13th, Windham Fire and Police were dispatched to the area of Park Lanes on Route 28 for a reported single-motorcycle accident.

Windham Fire arrived on scene and reported that the male motorcyclist was thrown 30-feet off his bike, and was not wearing a safety helmet. Due to the nature of his injuries, Windham C-2 requested Boston Med Flight to the scene.

The motorcyclist was flown to a local Boston hospital with multi-system trauma.