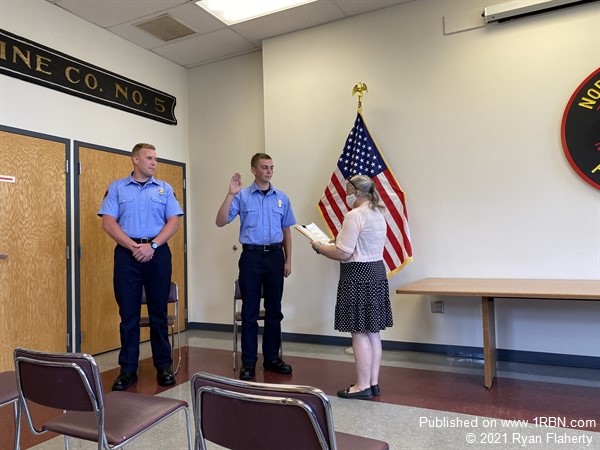 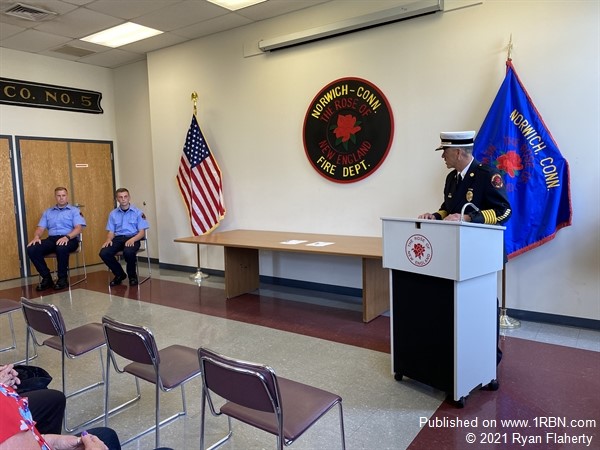 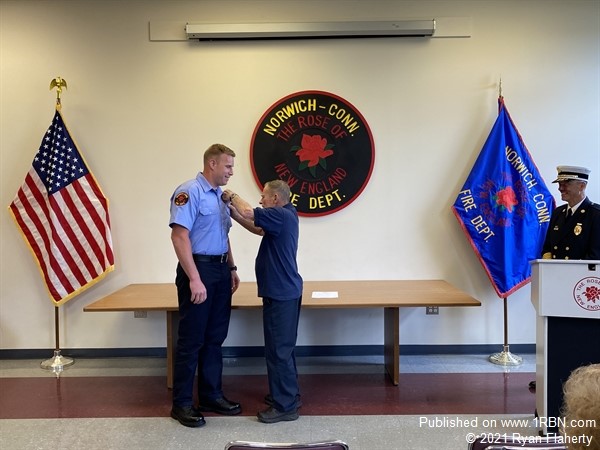 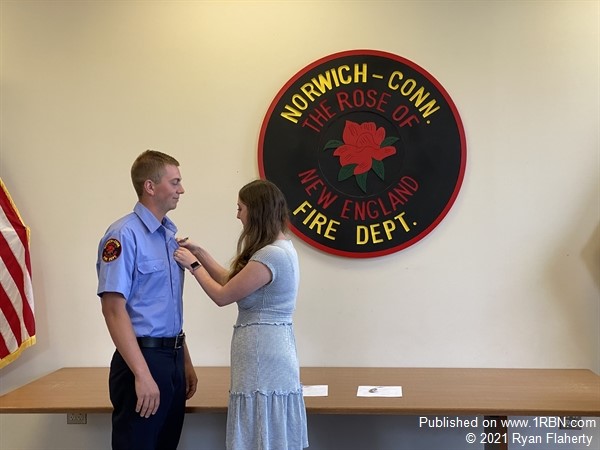 Photo by Ryan FlahertyJulia Girard pinning the badge on her husband Lucas. 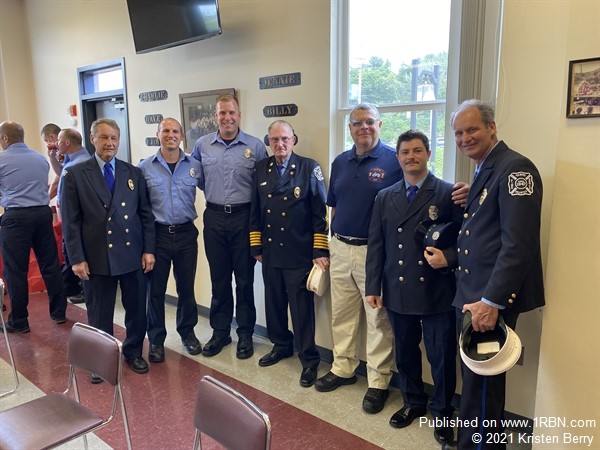 Firefighter Markey received the William Deford Memorial Award, which recognizes a recruit for excellence in physical capacity, work ethic, attitude and attention to detail. The following day, the Norwich Fire Department held a badge pinning ceremony which was nice to welcome family and friends back into the building. Norwich City Clerk Betsy Barrett administered the oath to both gentlemen.

We welcome both of you to the Norwich Fire Department and look forward to working with you.