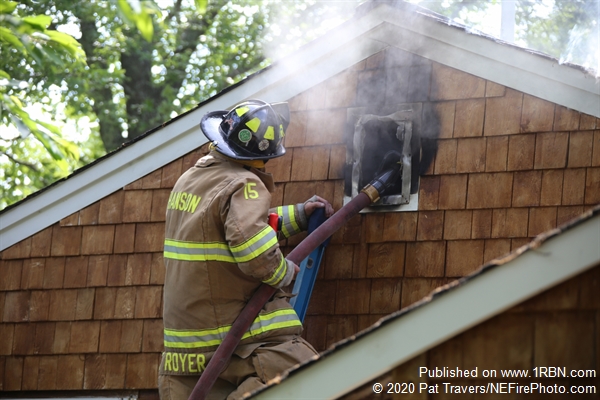 Photo by Pat Travers/NEFirePhoto.comHanson FF Tim Royer hits the fire in the attic from a ladder on the 'B' side of the house. 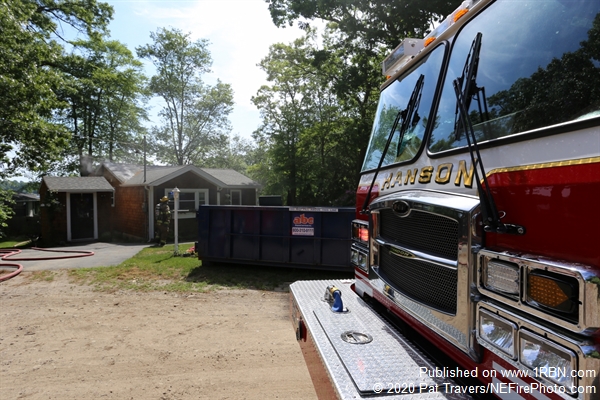 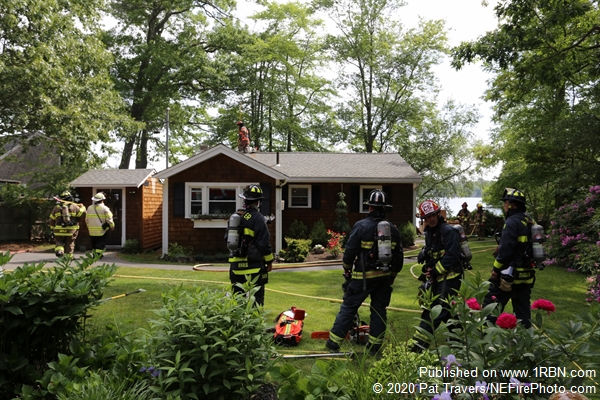 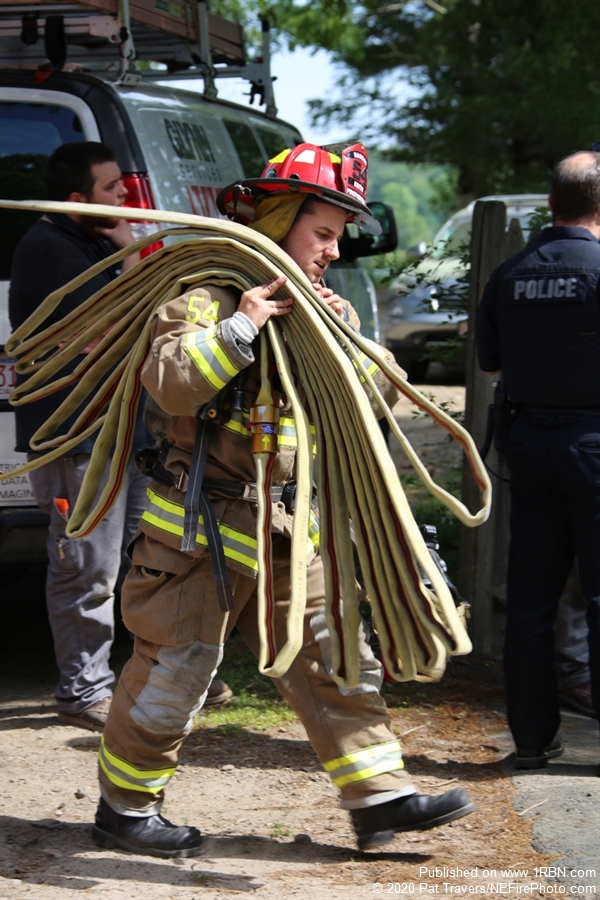 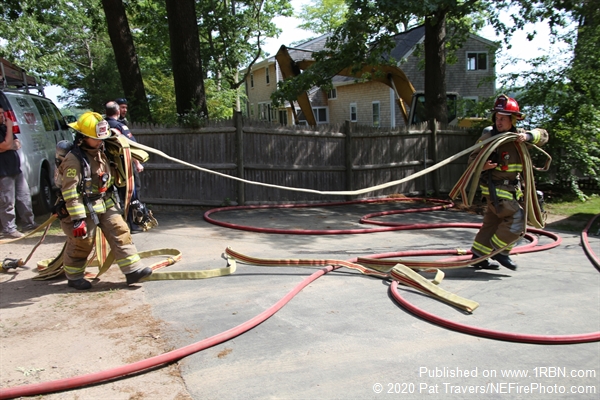 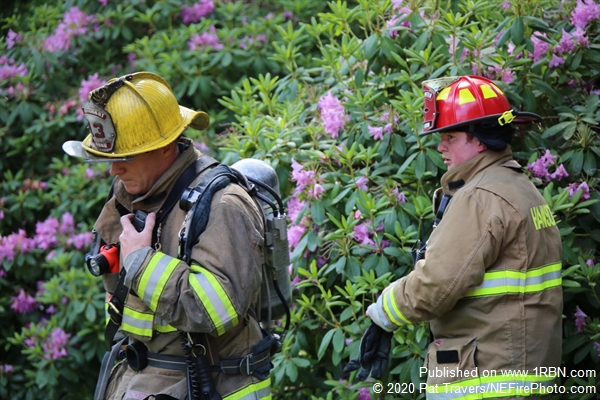 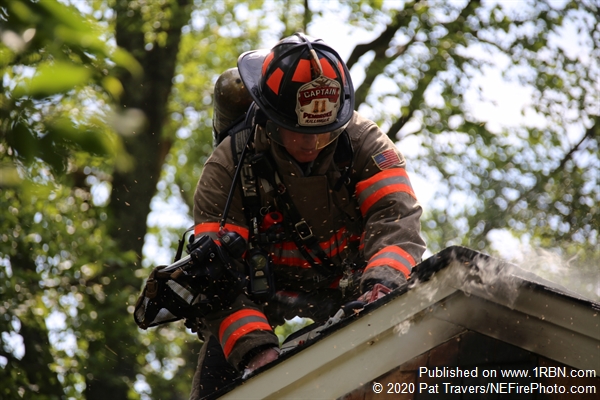 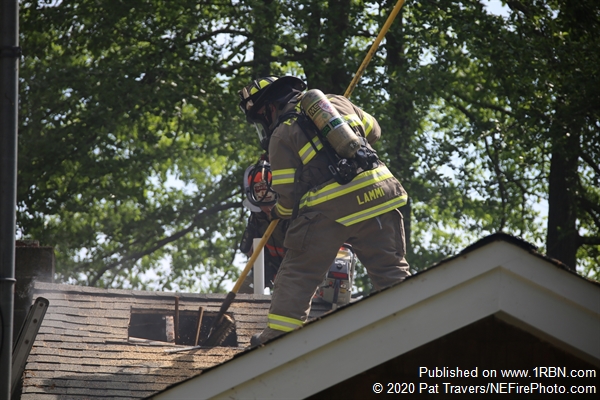 Hanson, MA - At around 9:45 A.M. on the morning of Wednesday, June 10th, the Hanson Fire Department responded to 20 Fallon Point Road for a reported building fire. Companies arrived to find smoke showing from a one-story wood-frame dwelling.

Companies reported that the fire was in the attic and a line was being stretched. A working fire was requested by Lieutenant Keith Wilson, bringing Pembroke and Hanover engines to the scene and an East Bridgewater company to station coverage. As additional Hanson firefighters arrived on-scene an additional line was stretched and put into operation. Pembroke's crew went to the roof to open up above the fire.

Crews were able to quickly knock down the main body of fire and remained on-scene checking for hot spots and extension. There are no hydrants in the area but firefighters were able use the tank water from the on-scene engine companies to knock down the fire.

The cause of the fire is under investigation. The Massachusetts State Fire Marshal's office was requested to the scene. Whitman CERT Rehab also responded to the scene. No injuries were reported.