Driver Transported After Crashing Into Tree in Nesconset 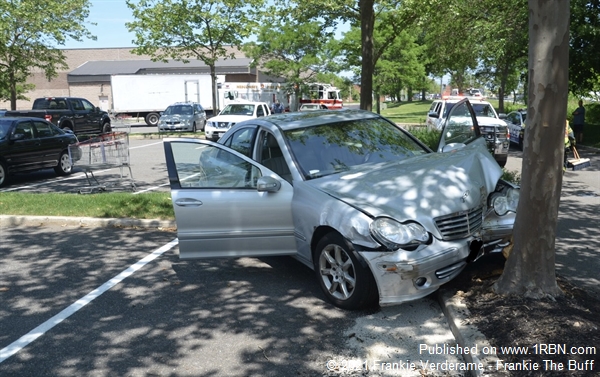 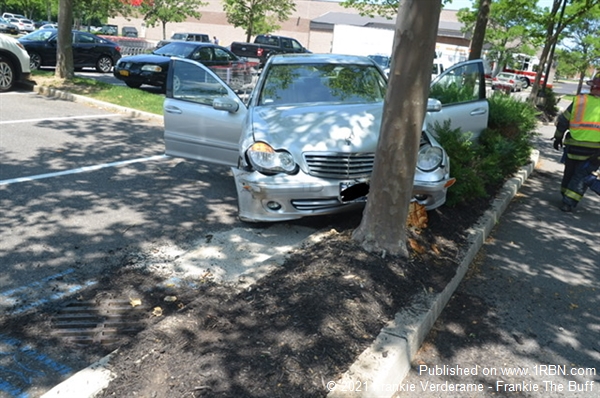 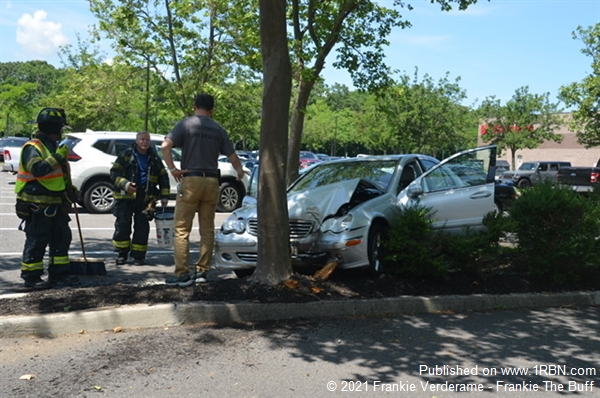 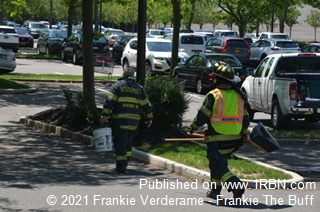 NESCONSET, NY - On June 9th at 11:49 A.M., the Nesconset Fire Department was activated for a car versus tree in the parking lot of Costco Whole Foods. Chief Anderson (4-4-30) was the first unit on scene and advised he had two cars involved, one with minor damage and the other with heavy damage in the front of the car with fluids coming out from underneath. Chief 30 told Rescue 449 to bring speedy dry up to cover the fluids on the ground, and asked for the crew of Ambulance 6A (4-4-6A) to check out the patient in the Mercedes Benz that hit the tree. The driver of the Mercedes Benz was transported to the hospital with minor injuries and was expected to be ok. All units were on scene for about 15 minutes before clearing from the alarm after the initial 9-1-1 call.