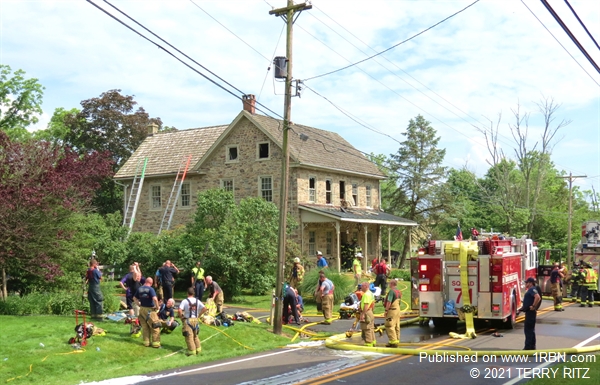 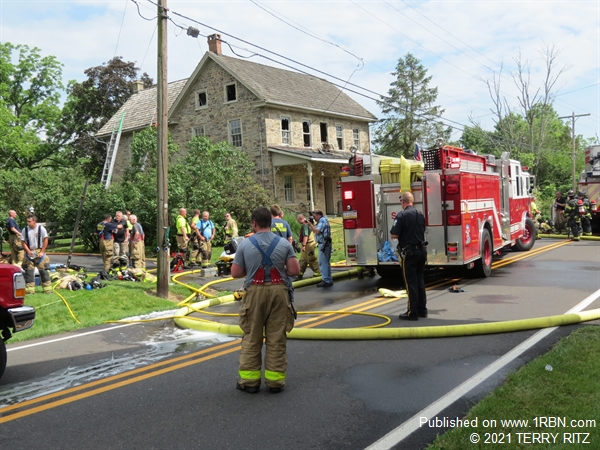 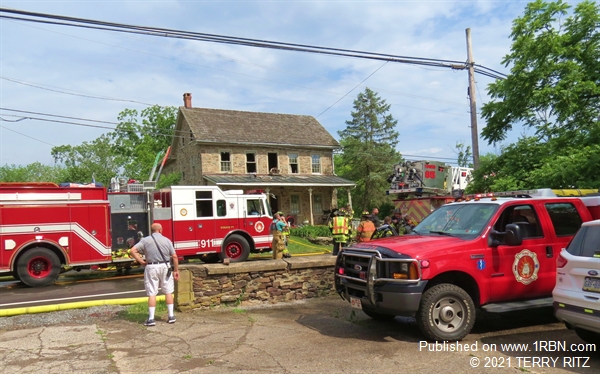 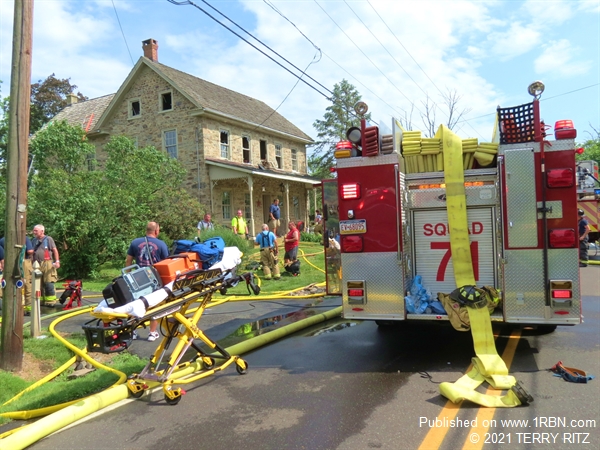 MARLBOROUGH TWP., PA - On Monday, June 7th at 2:55 P.M., Green Lane Fire Co., along with a host of other fire companies from the local area, were dispatched to a dwelling fire on Geryville Pike in the township.

Upon arrival there was a heavy smoke condition in the dwelling and the call was upgraded to a working dwelling fire. The tanker task force for this area was dispatched, along with more manpower with engines and an air truck. There were no injuries to firefighters, and it is unknown whether or not there were any residents from the dwelling that might have been injured.

The cause of the fire was not known, as its pending the outcome of an investigation. The fire, which was under control within 45 minutes, was fought with handlines, ladders, and the use of a tower truck. Water had to be supplied by tankers, as there were no hydrants in that area.