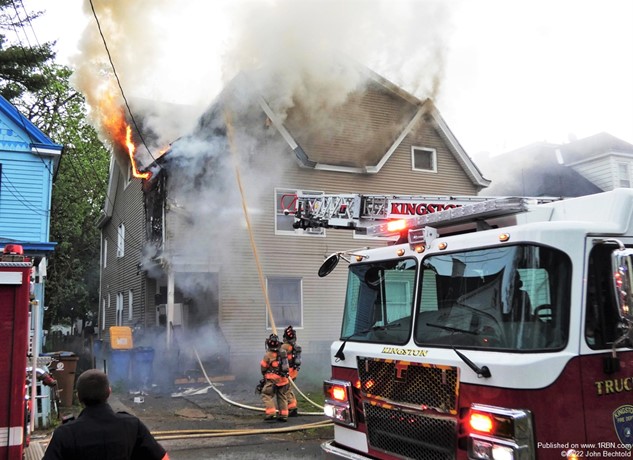 Photo by John BechtoldFirefighters darken a fire window with a fire hose. 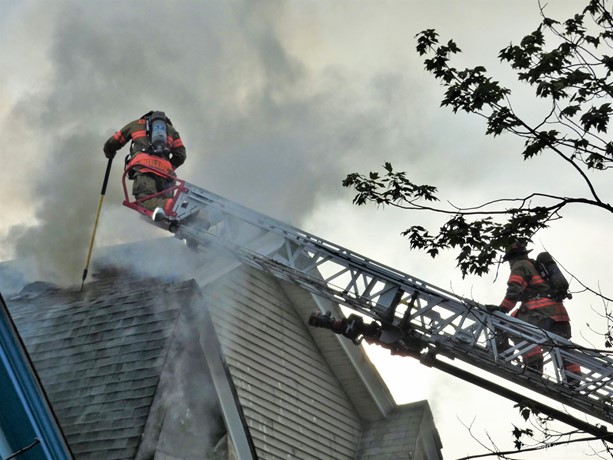 KINGSTON, NY - On May 27th at 6:50 P.M., Kingston Fire Dept. responded to a fire at a four unit apartment building on Bruyn Ave. On arrival, firefighters found smoke and fire showing from an unoccupied second floor apartment, with heavy smoke coming from the attic. A second-alarm for mutual aid was then ordered, and the fire was placed under control in about 25 minutes. Six adults and four children were displaced due to smoke and water damage to their apartments. The cause of the fire remains under investigation. No injuries were reported. The Hudson Valley Chapter of the American Red Cross provided financial assistance for the displaced families.