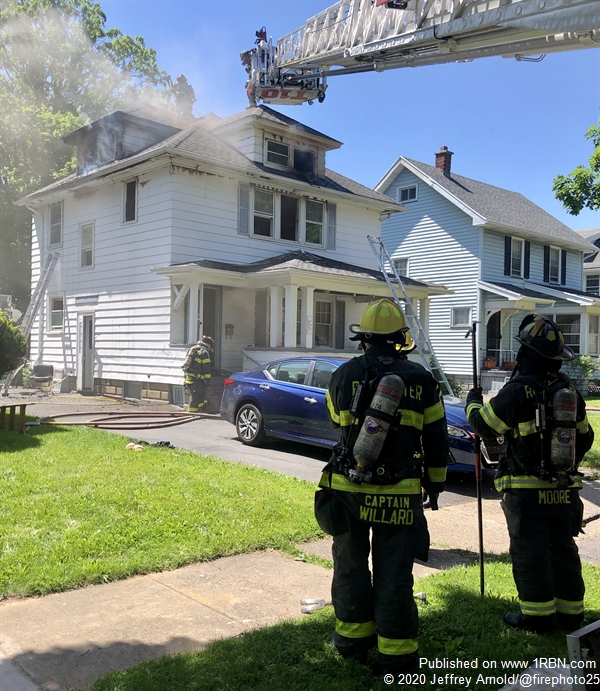 Photo by Jeffrey Arnold/@firephoto25House fire on Roxborough Road in Rochester. 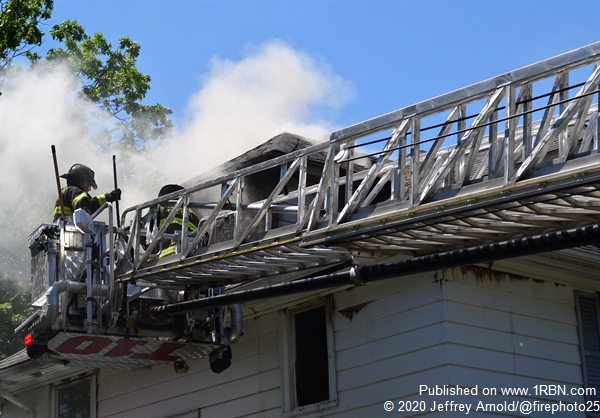 Rochester, NY - On Saturday, June 6th, the Rochester Fire Department was dispatched at 11:28 A.M. for the report of a house fire at 363 Roxborough Road. Upon arrival, fire crews found smoke and flames showing from the second story and attic of a two-and-a-half story house. The occupant admitted using a lighter to look for something, which accidentally ignited some sheets. She then attempted to put the fire out herself before calling for help, allowing it to quickly spread. The blaze was brought under control in about 20 minutes. There were no injuries reported.