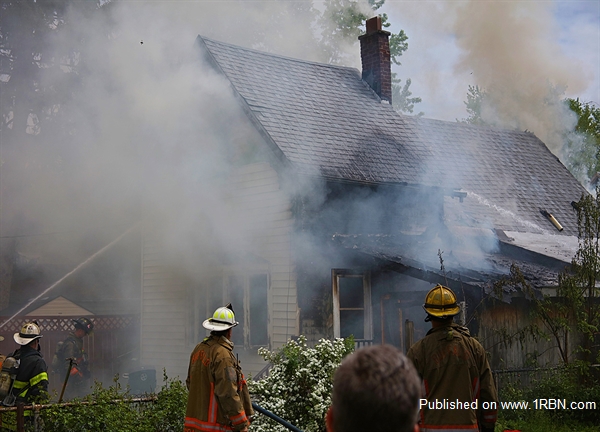 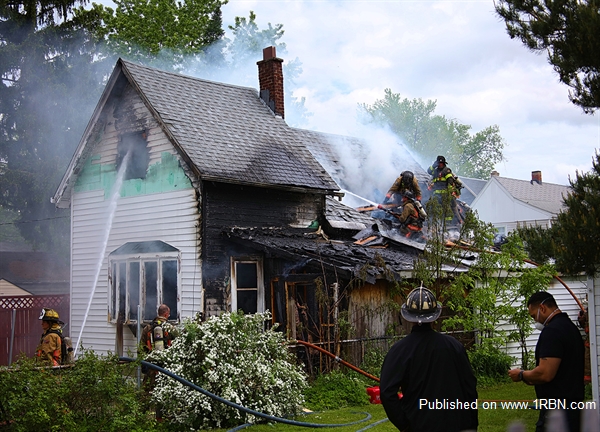 Photo by DANIEL GONSKALadder crews working to open the roof. 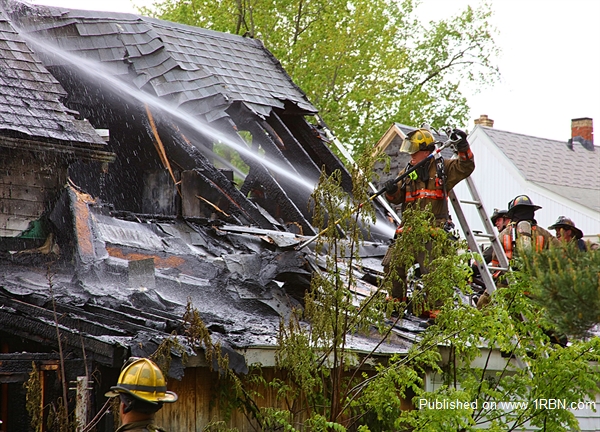 Photo by DANIEL GONSKACrews extinguishing hotspots once the roof was opened.

Buffalo, NY - At 11:00 A.M. on May 28th, the Buffalo Fire Department (6th Battalion, 2nd Platoon) was dispatched to a reported house set on fire at 123 Ideal Street, in the Iron Island section of Buffalo.

Additional information relayed to units responding indicated that the fire may have been set by a psych patient, possibly inside the home still. B-46 reported smoke showing from Bailey Avenue. B-46 requested an extra pumper (E25) to deal with EMS.

Engine 28 arrived first on scene reporting a cottage behind a house fully involved. Engine 28 stretched two lines to the structure. Command (B-56) reported heavy fire on the second floor and ordered the structure to be evacuated. Trucks 14 and 10 went to work opening up the roof.

The cause of the fire was determined to be arson with the victim/suspect being transported to ECMC via AMR with burns.