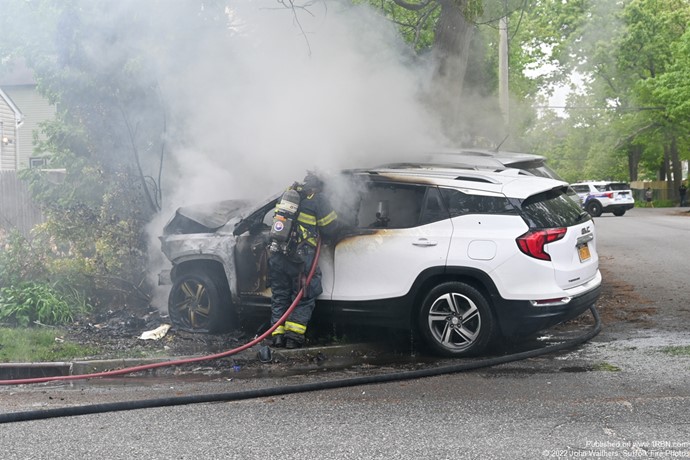 Photo by John Walthers- Suffolk Fire PhotosFirfighters from Mastic FD operated at this scene on Patchogue Ave and Roberts St of a 2n vehicle crash with both cars on fire. 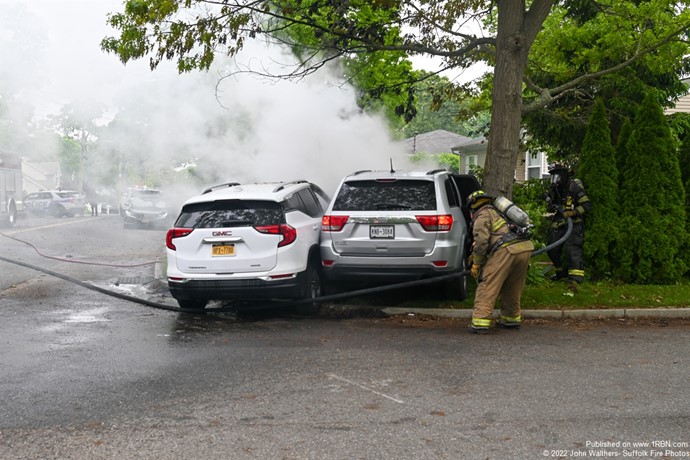 Photo by John Walthers- Suffolk Fire PhotosFirefighters work to extinguish a double car fire in Mastic after a vehicle crash. 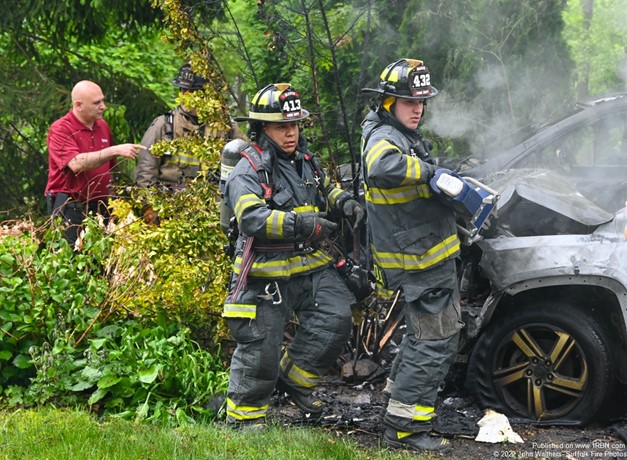 Photo by John Walthers- Suffolk Fire PhotosFirefighters work to get the hood of one of the cars open to get a hose in to wet it down. 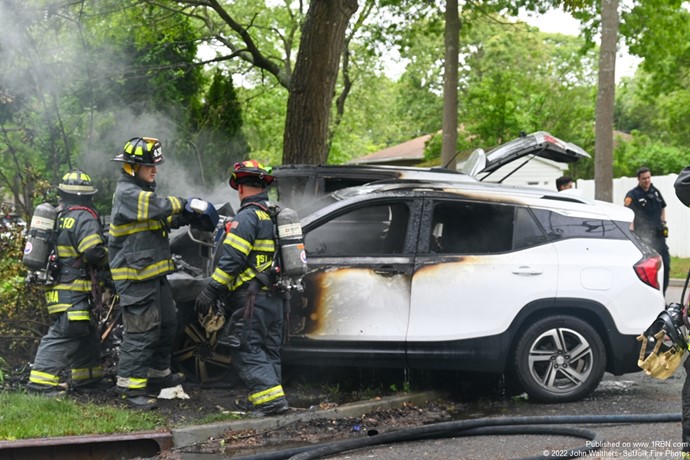 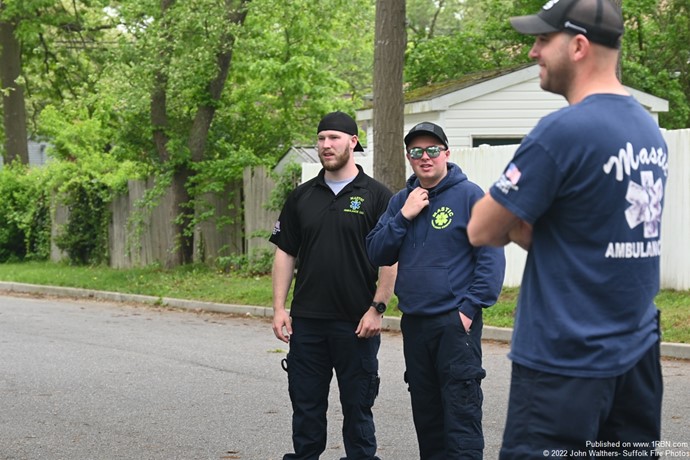 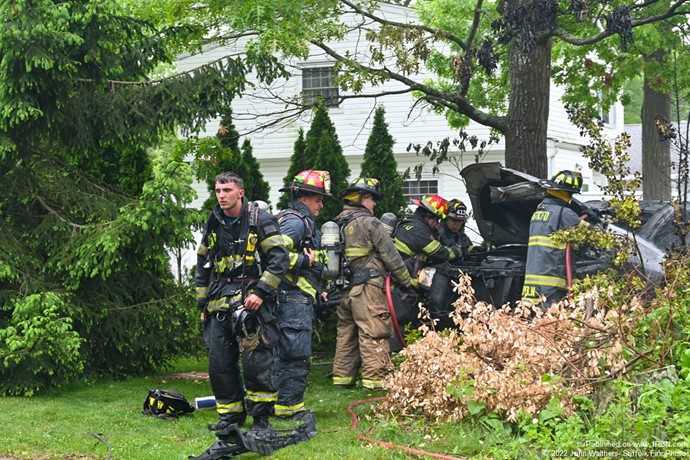 Mastic N.Y. On Saturday May 28th at about 12:22 PM Mastic Fire Department activated on a report of a vehicle fire at Patchogue Ave and Roberts St. Captain Steve Januszkiewicz advised Firecom that he was responding as did chief of the department Rudy Sunderman. Firecom advised pd was on scene advising of an active vehicle fire.

On arrival of the Captain and Chief Sunderman they actually found a 2-vehicle crash with both cars on fire. The first due engine 5-12-1 was directed by Chief Sunderman to stretch a line once on scene to prevent the fire from spreading any further.The crew from engine 1 quickly knocked the fire down. 5--4 also responded into the scene and Lt.Kearns stretched the booster line off the engine to assist the crew of engine 1 in wetting down the vehicles and brush.

Mastic ambulance was also requested to the scene and transported atleast one person to the hospital. MTA police and Suffolk Police were also on scene. It was reported by 3rd party sources that the driver of one of the vehicles may have been fleeing a police stop before the crash. Suffolk police closed the road in the area of the scene and once FD and EMS completed operating the scene was turned over to Suffolk police.