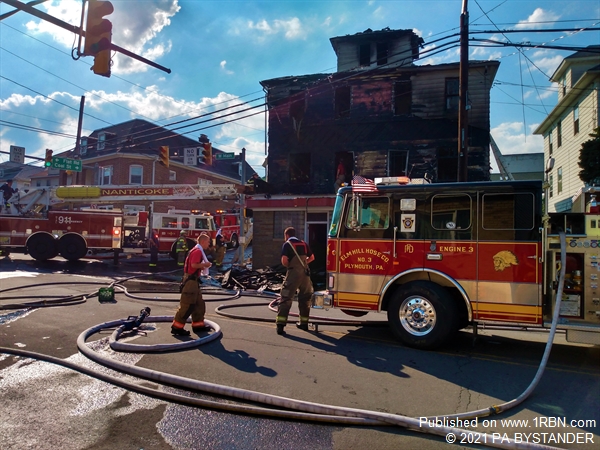 Photo by PA BYSTANDERPlymouth engine while overhaul was underway. 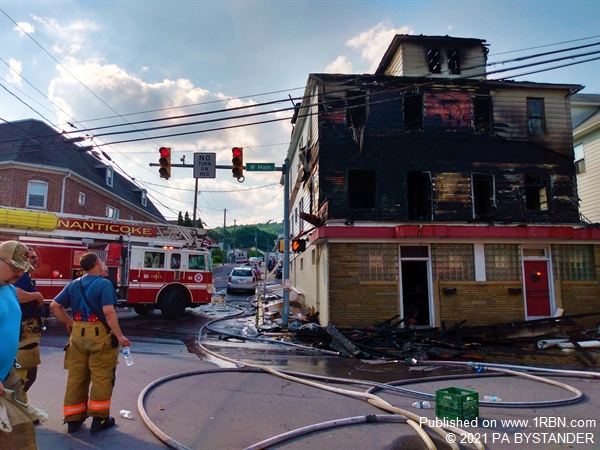 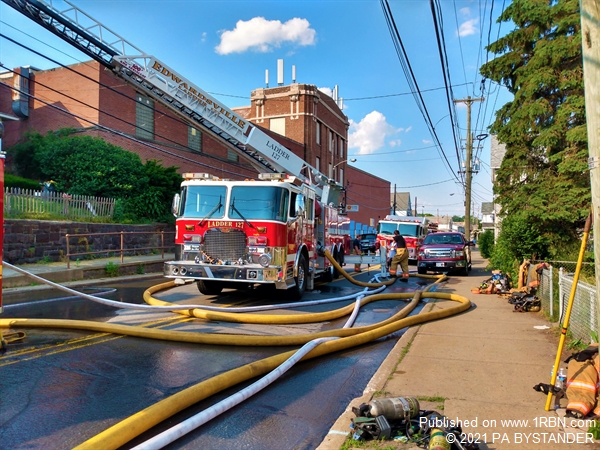 Photo by PA BYSTANDEREdwardsville ladder drowning the blaze with a deck gun.

PLYMOUTH, PA - Around 3:00 P.M. on June 6th, the Plymouth Fire Department was dispatched to a possible porch fire.

As multiple calls started coming through reporting the fire, first responders arrived on scene and found a fully involved structure fire with possible people and animals reportedly entrapped. Minutes later, the third-alarm box was called out and multiple ambulances and rehab units were requested to respond due to very hot outside temperatures firefighters faced while battling the blaze. At one point firefighters had to evacuate the structure as the roof started to cave in, and several firefighters suffered from heat exhaustion.

It took crews four hours to extinguish the fire and perform overhaul. It was confirmed that all residents, including pets, made it safely out of the house. The fire is under investigation by the fire marshal at this time.