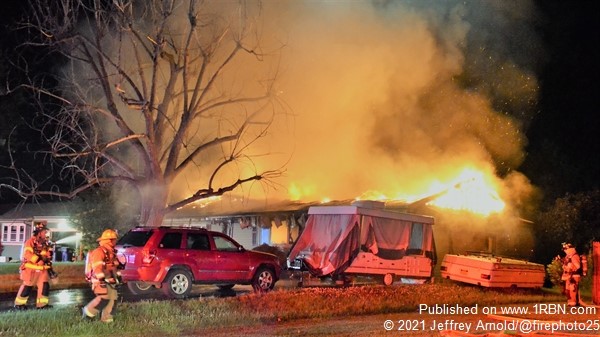 Photo by Jeffrey Arnold/@firephoto25House fire on Beaconsfield Road in Henrietta. 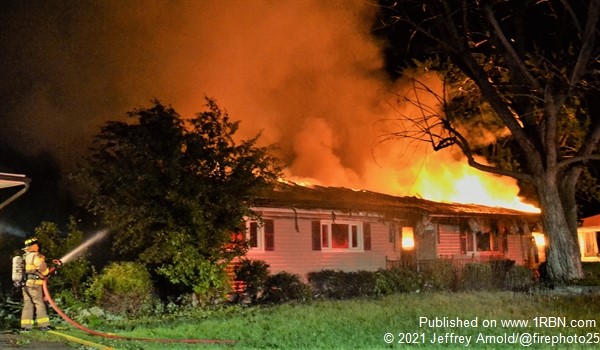 HENRIETTA, NY - Shortly after midnight on June 6th, the Henrietta Fire District responded to a house fire at 18 Beaconsfield Road. Upon arrival, firefighters found fire through the roof of a one-story home. Mutual aid was requested to the scene from Gates and Scottsville Fire Departments. The blaze was brought under control in about 40 minutes. Several pets were able to be rescued, but unfortunately one cat remains unaccounted for. There were no injuries reported. The cause of the fire remains under investigation by the Monroe County Fire Bureau.