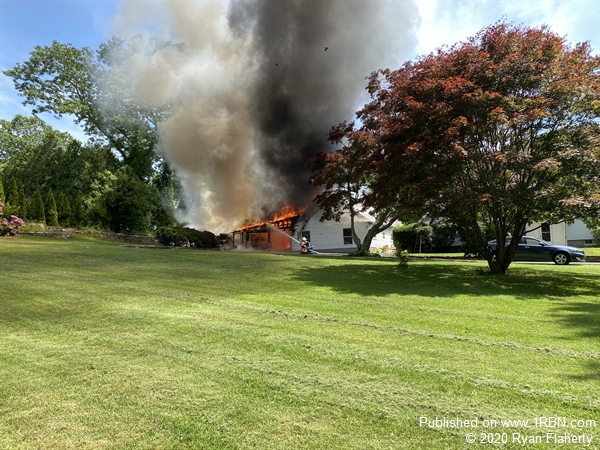 Photo by Ryan FlahertyCrews stretched a 2.5" line to the 'Bravo' side to knock a large volume of fire. 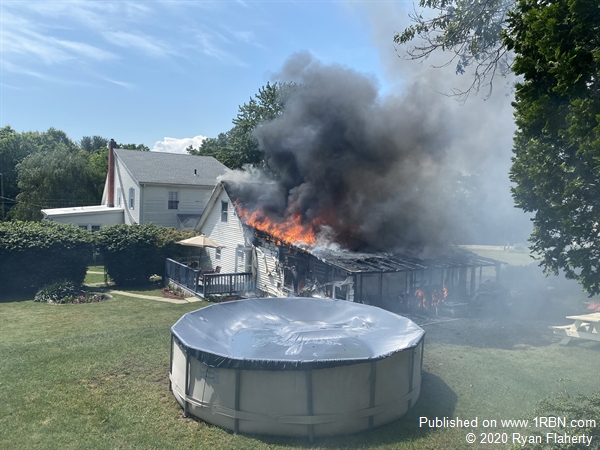 Photo by Ryan FlahertyFire vents from the delta side spreading into the attic. 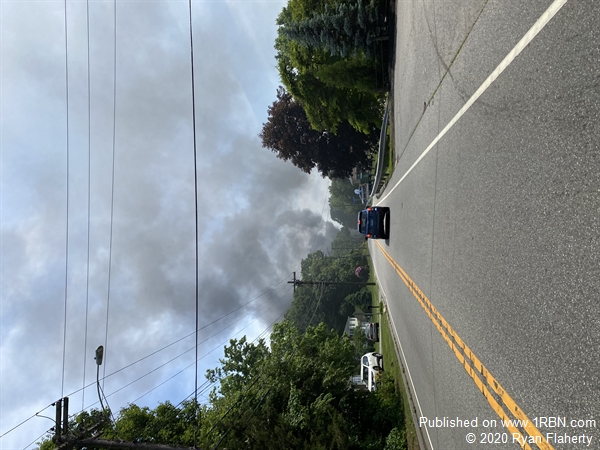 Photo by Ryan FlahertyHeader from about a half mile away.

Norwich, CT - At 2:28 P.M. on Saturday, June 6th, the Laurel Hill Fire Department was dispatched to 564 Laurel Hill Road for a structure fire.

Dispatch began taking multiple calls and transmitted the working fire at 2:33 P.M., which added the Mohegan Tribal FAST. Tanker 61 arrived at 2:34 P.M. and reported heavy fire to the rear of the garage. Tanker 61 stretched a two-and-a-half inch hose line to the 'Bravo' side and began knocking fire from the exterior.

Car 6 transmitted the second-alarm at 2:36 P.M., and reported the main house as an exposure problem. Engine 62 stretched a one-and-three-quarter inch line to the front of the garage. Hose Tender 6 laid 500’ of five-inch from a hydrant on the corner of Woodland Drive which fed Engine 62.

Norwich’s Engine 3, Truck 1, Squad A and Battalion arrived at 2:42 P.M. The Battalion assumed operations while the squad crew operated the original two-and-a-half on the 'Bravo' side. Engine 3 and Truck 1 stretched a one-and-three-quarter inch line to the interior from the 'Delta' side and extinguished fire on the second floor.