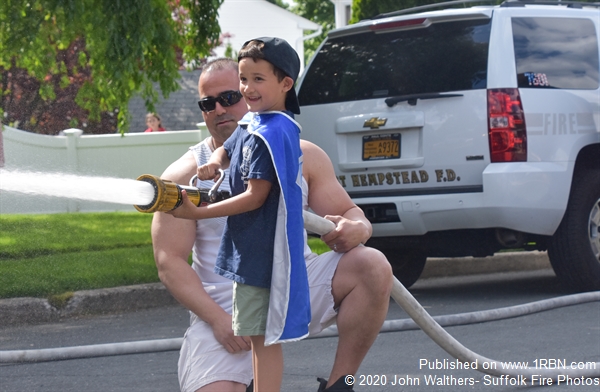 Photo by John Walthers- Suffolk Fire PhotosYoung Jackson gets to use the firehose during his Hero Parade in Kings Park on May 31st. 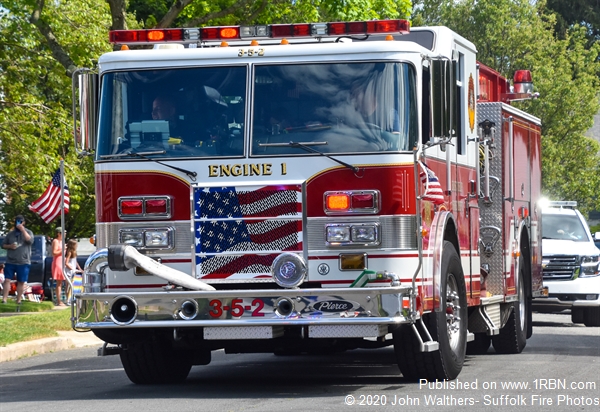 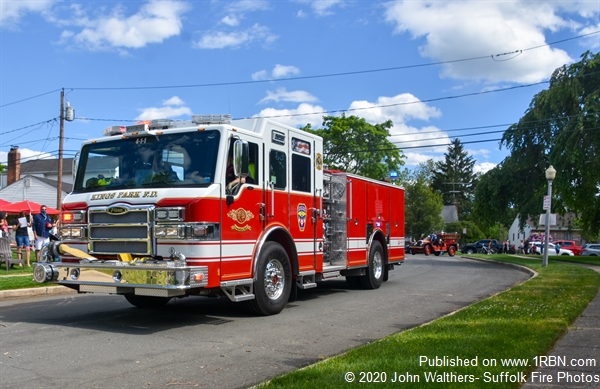 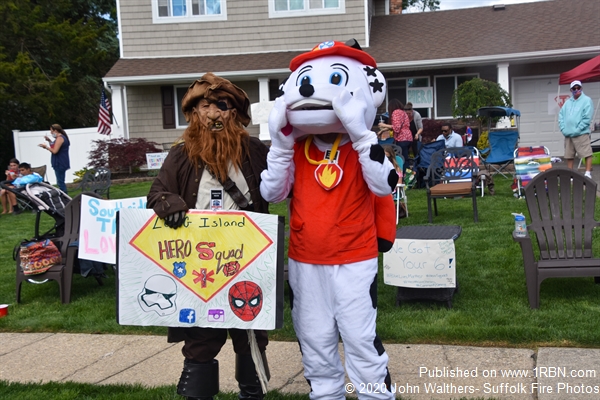 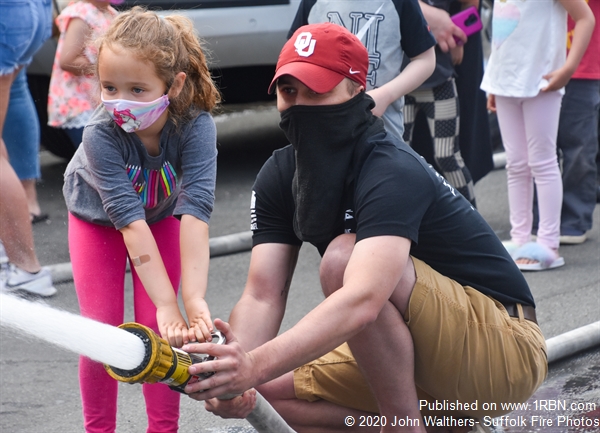 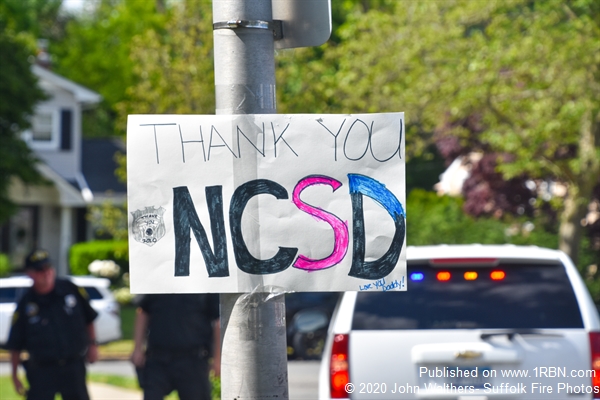 Kings Park, NY - On Sunday, May 31st, the Nassau Sheriff's Department was joined by several other organizations to hold a hero parade for young Jackson.

The first responders were joined by other community members, friends and family, as well as some special friends including Spiderman, Homer Simpson, a pirate and Marshall of Paw Patrol, courtesy of the Long Island Hero Squad (LIHS). Each child was also able to get ices courtesy of Kona Ice and their partnership with LIHS.

The West Hempstead Fire Department also came back around and allowed some kids the chance to try out one of their hoses. A great time was had by Jackson on his big day.