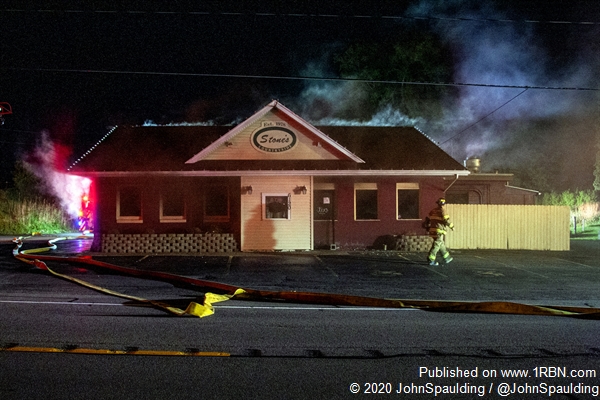 Photo by John Spaulding/@JohnSpauldingThe 'A' side of the structure with light smoke showing after the seat of the fire was found. 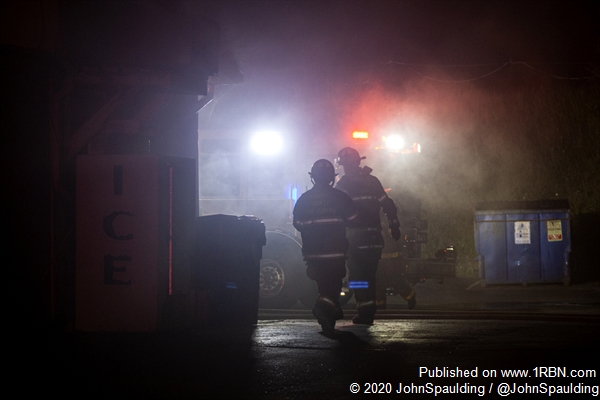 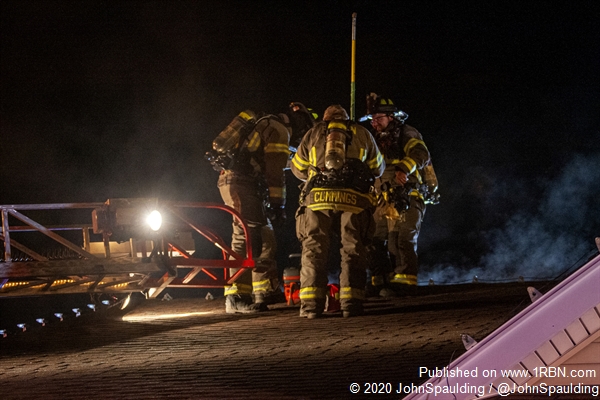 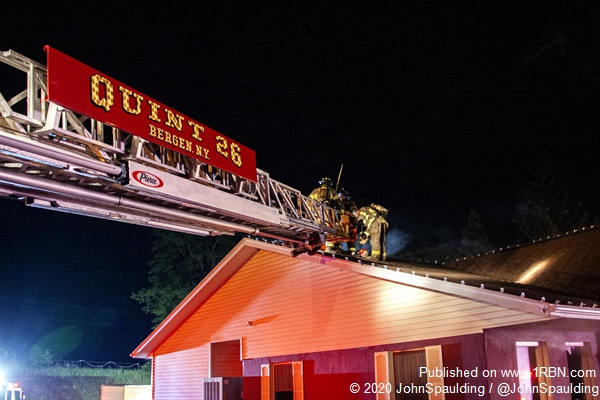 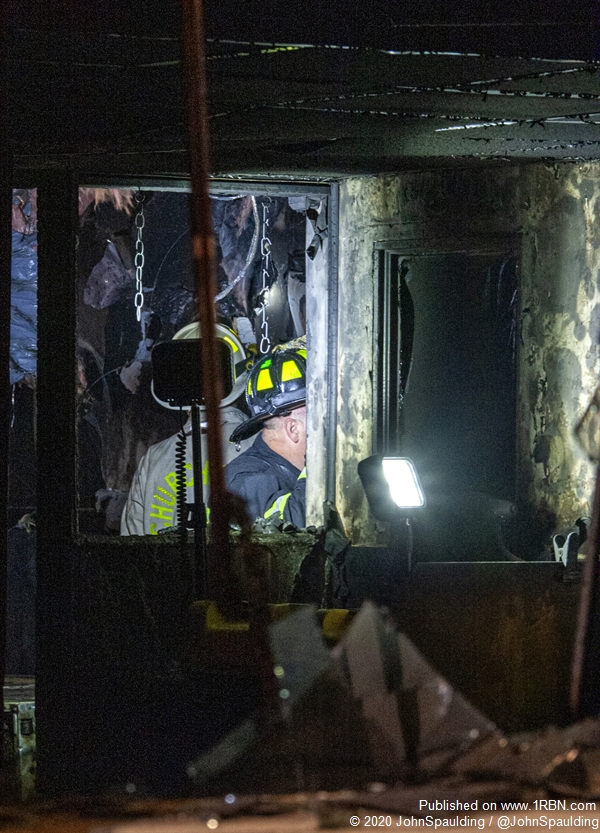 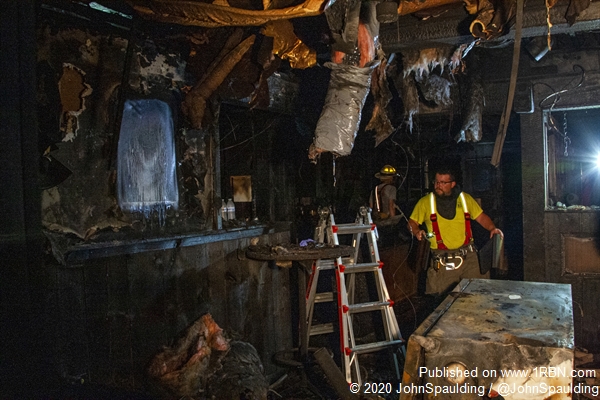 Riga, NY - On Wednesday, June 4th at about 11:35 P.M., a Monroe County Sheriff's Officer was on routine patrol when she noticed smoke emitting from a closed restaurant. She notified 911 as she completed a 360 drive-around and found smoke from the back door.

The restaurant, Stone's Countryside Inn, sits on the outskirts of the village of Churchville. It has been family owned since 1978 and is a regular stop for almost every firefighter on scene.

Companies from Churchville, Chili, Gates, Bergen and Spencerport reported to the scene to bring the fire under control in a short amount of time.

The exterior of the building did not show much damage, but the interior is a total loss. It took some time to locate the seat of the fire, which was followed by extensive overhaul. One-of-a-kind photographs, drawings, and other memorabilia were salvaged for the owners.

This fire was much more difficult than the average one when it comes to small town USA. The building is a one-story with a couple of small additions located on a state road. It is nearly impossible to go there on any evening and not know someone. The food is good and the service is perfect. Local photos adorned the walls and there was small, quaint seating available. It may have been cramped a little during busy times, but I believe everyone enjoyed it that way.

When they rebuild, the 42 years of ambience and character will no longer greet you. I suspect it will be updated to be more modern. But what I learned was it's not the building itself that made this hometown eatery the place it was, but the people who were regulars, and the people who have moved away and came back for a visit, as well as the new folks in town that found its charm. Those firefighters that have experienced fires like this know first hand how somber it is at the scene. Those that have not, there is nothing that can prepare you for it.

The fire was a total burn. The Monroe County Sheriff's Office in conjunction with the Monroe County Fire Bureau were on site conducting an origin and cause investigation.

Monroe Ambulance treated and released three firefighters for minor injuries. Emergency Enclosures was on hand to secure the building during this time of tension across the country.

Companies were on scene for about three hours in total. There has been an outpouring of support for the Stone family from the surrounding community.

This area of New York State has been in Phase II of re-opening from the COVID-19 pandemic. On Thursday, June 11th, the restaurant was to begin adding outdoor seating in addition to the takeout and delivery services they had been offering.