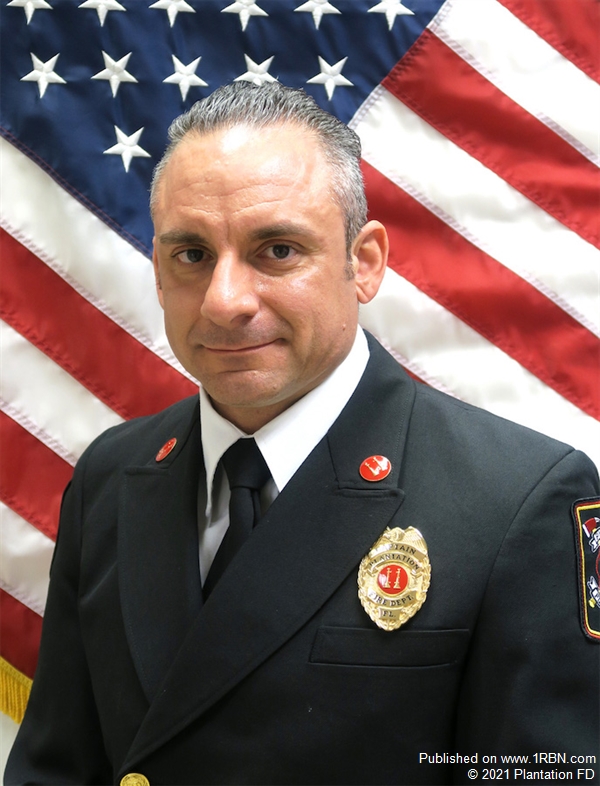 Merlucci, who was serving as a Lieutenant in the EMS Division, joined the Plantation Fire Department in 2006 and became one of the Department’s first SWAT Medics.

As an Army reservist Merlucci was deployed to Afghanistan for a second tour where he was promoted to Sergeant First Class and served as the Preventive Medicine Detachment Sergeant and Senior Enlisted Advisor for the Covid19 Task Force.

The 15-year veteran of the Fire Department also helped organize the City-wide Stop the Bleed program where he taught classes to several City Departments and faculty for most of the public schools throughout Plantation.

Merlucci earned his Bachelor’s Degree in Management in 2013. He maintains his Fire Officer 1, Fire Instructor III, and EMS Instructor levels A & B.

He is married to Monica, who also serves as a Lieutenant with the Department. They have three children.