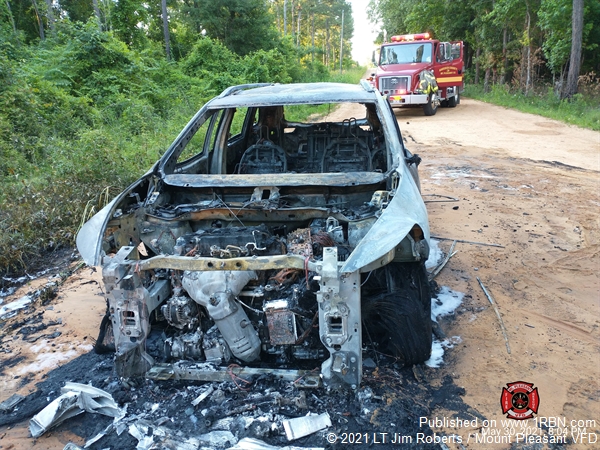 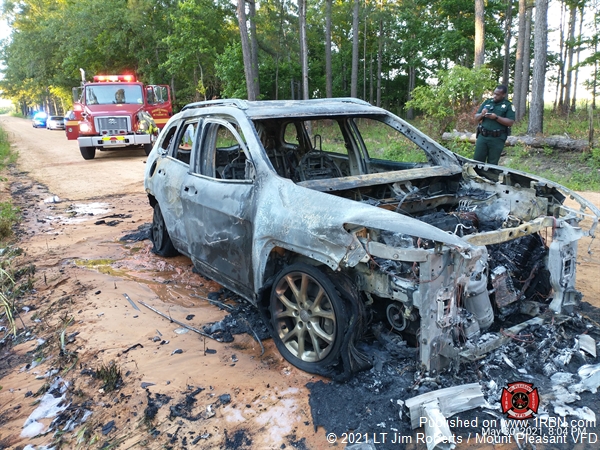 MOUNT PLEASANT, FL - On May 30th at 7:06 P.M., Mount Pleasant (MTPL) firefighters were dispatched to a reported vehicle fire on Humphrey Rd., between Hardaway Hwy. and Hanna Mill Pond Road.

Mount Pleasant VFD responded with a Pumper and a Rescue Truck. Sycamore VFD responded mutual aid with an Engine and a Pumper/Tanker. Being a rural area of the county, hydrants are very few and far between, but between the four apparatus there was plenty of water to handle this incident.

The occupants advised that they were traveling on Humphrey Rd. when the vehicle started smoking, so they pulled over to investigate. One of the occupants opened the hood and at that point the engine compartment erupted into flames. They called 9-1-1 and made an attempt to extinguish the fire with no success. None of the occupants were injured.