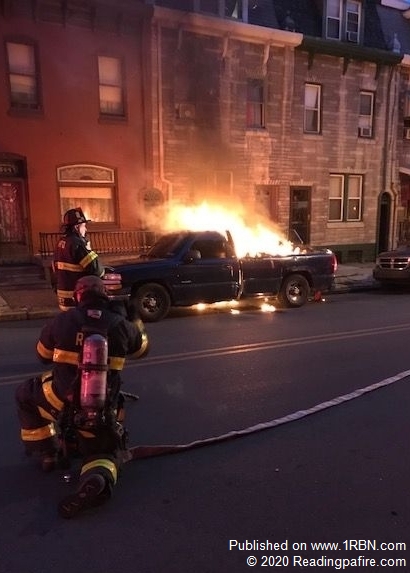 Photo by Readingpafire.comReading Firefighters arrived with this pickup truck burning at South 9th and Laurel Streets. Crews were on scene for 20 minutes when they were told a van was on fire a block away. 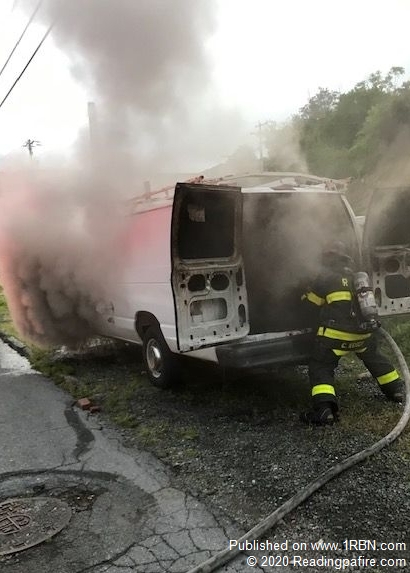 Photo by Readingpafire.comAs firefighters were finishing up a vehicle fire on 9th street a passing motorist stopped and told crews there was a van burning a block away. 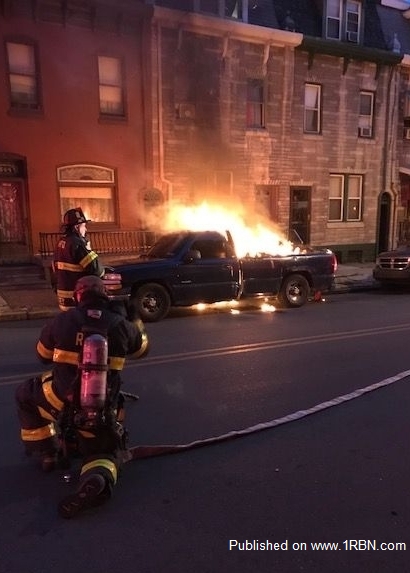 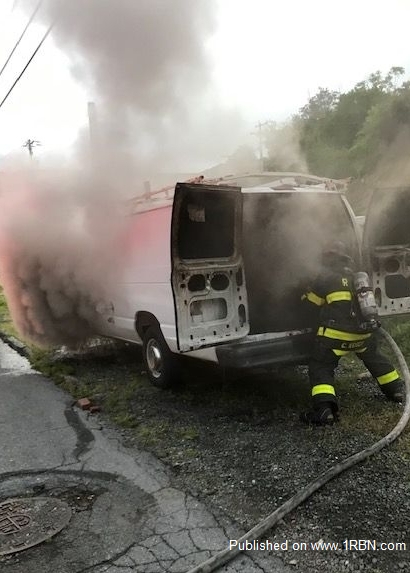 Reading, PA - Early in the morning of Sunday, May 24th, firefighters on the C Platoon were woken at 5:00 A.M. for a vehicle burning at 9th and Laurel Streets. Companies arrived to a well-involved pickup truck with debris burning in the bed. After extinguishing the fire, a motorist stopped and advised the crew that there was a van on fire a block away. Chief Glore (Car 9) requested a second engine company and proceeded to the other fire. Companies arrived with a van on fire and quickly began extinguishment. No injuries were reported at either incident. The Fire Marshal's Office is investigating.