Plantation Marks End of an Era 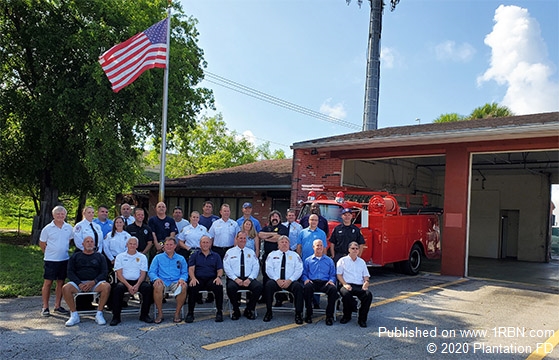 Photo by Plantation FDMarking history: Former Plantation firefighters and retirees posed for a photo as the original “Station 1” was officially closed. The photo was designed to be similar to the original photo of Station 1 taken in 1957 when it opened. 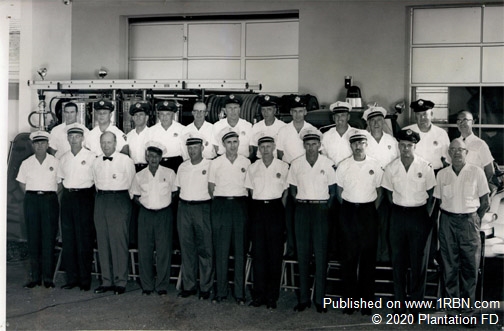 Plantation, FL - (May 28, 2020) Surrounded by retirees and former members, Plantation firefighters and EMS personnel marked a chapter in its history by lowering the flag at Station 1 for the last time.

The fire station, located on Broward Boulevard at the Turnpike, is considered the first fire station in the City’s history. Under an approved bond project, the old station is being replaced with a new, modern station which will be labeled under the Broward County numbering system as Station 25.

Station 1, which served the City for more than 60 years, was officially closed with a flag lowering ceremony by the Department Honor Guard. Former Station 1 members and Department retirees were invited to attend the ceremony.

Along with a flag lowering, the original Engine 1 was positioned in front of the station, with the former members creating a photo similar to the original photo taken in front of Station One in 1957.

The station’s history is being preserved as part of the Department’s museum collection with a display that includes the original station sign, the construction plaque, the volunteer alerting siren, and the American Flag, as well as several photos.

A similar flag raising and push-in ceremony is planned for the new station when it is scheduled to open in 18 to 24 months.