Vehicle Goes Off Roading in Shirley 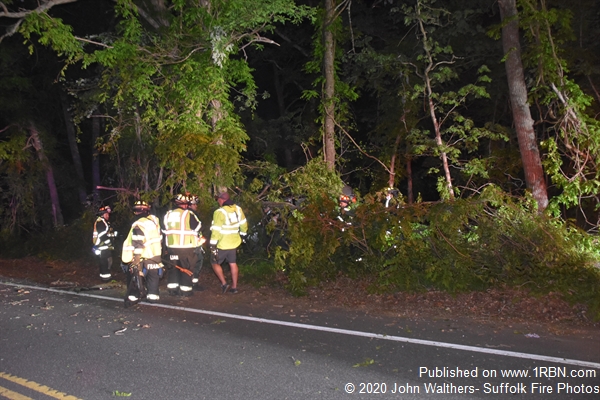 Photo by John Walthers- Suffolk Fire PhotosFirefighters asses the scene as a vehicle is in the woods completely. 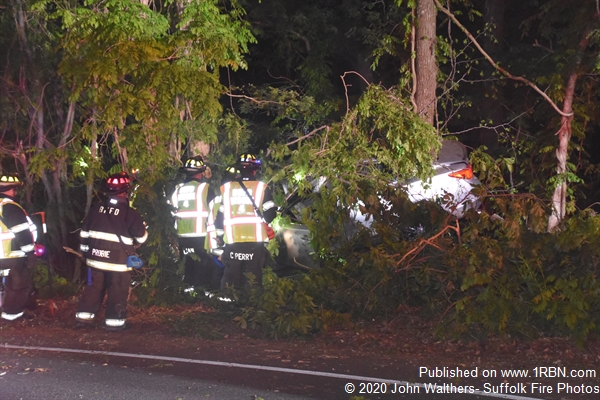 Photo by John Walthers- Suffolk Fire PhotosFirefighters working to secure the car and check for the 2nd person the driver claimed was in the car. 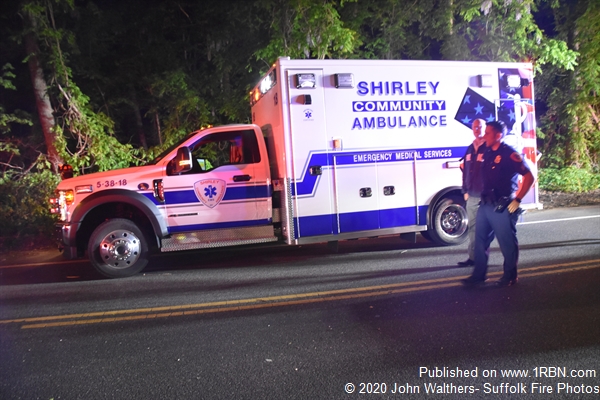 Photo by John Walthers- Suffolk Fire PhotosSuffolk Police Stand by an awaiting ambulance at a crash scene in Shirley Sunday night May 31st. 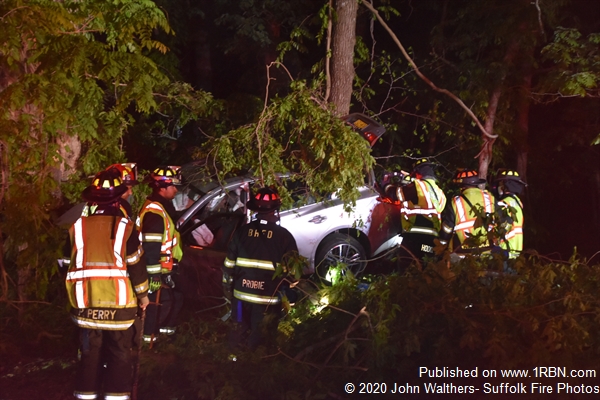 Photo by John Walthers- Suffolk Fire Photos Firefighters had to cut some trees to gain access to this vehicle. 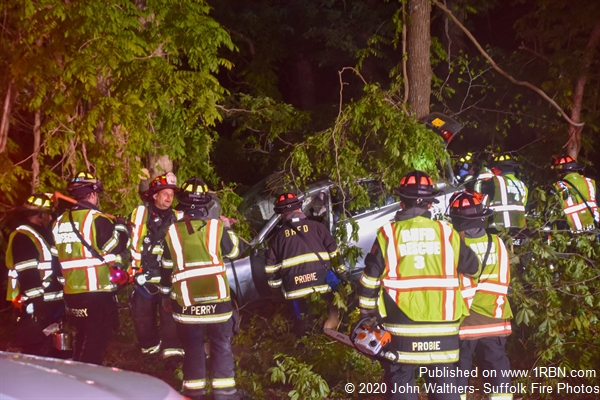 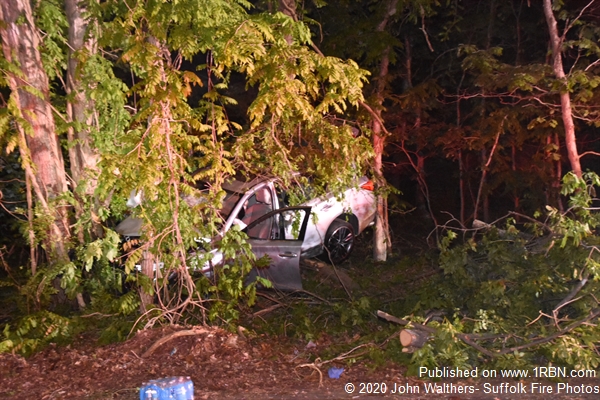 Shirley NY- At about 8:55PM on May 31 Brookhaven FD, 7th Precinct and Shirley ambulance responded for a report of a vehicle crash on Smith Rd between Musket Dr and Probst st. It was originally reported the vehicle was in the woods on fire with 2 occupants. On Police found the driver in the vehicle and were able to remove him it was believed that a 2nd person was in the car as well. Firefighters cut the trees to access the vehicle and along with police did an extensive search but were unable to locate a 2nd occupant.
A Landing was asked to be established by PD incase a helicopter was needed. However, the helicopter was cancelled, and the Driver was placed into an awaiting ambulance and taken to Long Island Community Hospital with PD following. The road was closed for an extended period as a K-9 was called in to locate the alleged 2nd person that was in the car. However, an investigation found found she was not in the vehicle according to sources who were at the scene.