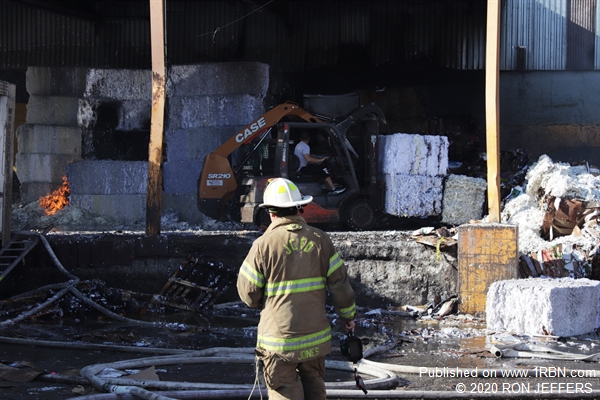 Photo by RON JEFFERSDeep-seated pockets of fire continued to flare up during a two-city fire involving a paper recycling business on Hope St., at the Jersey City-Hoboken border, May 30th. 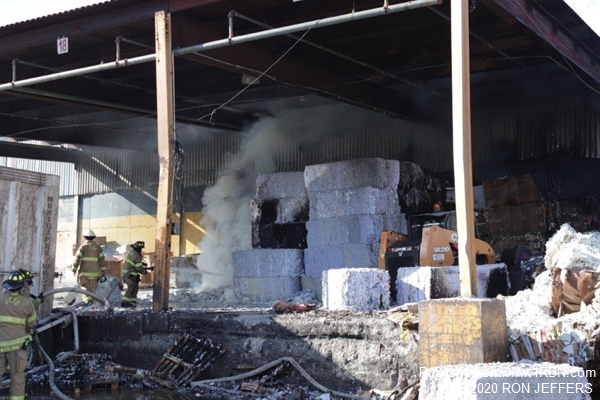 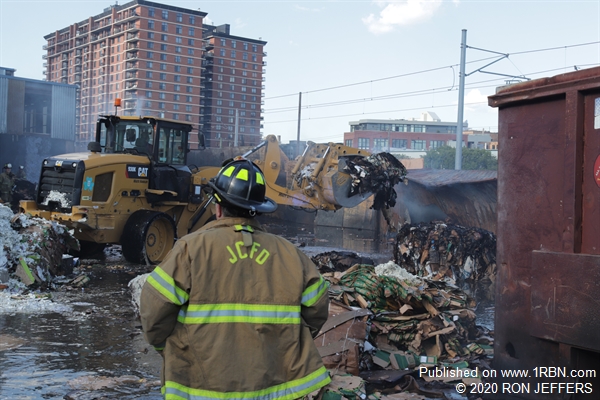 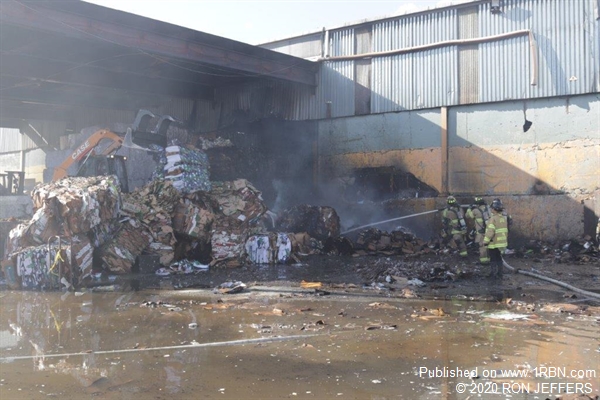 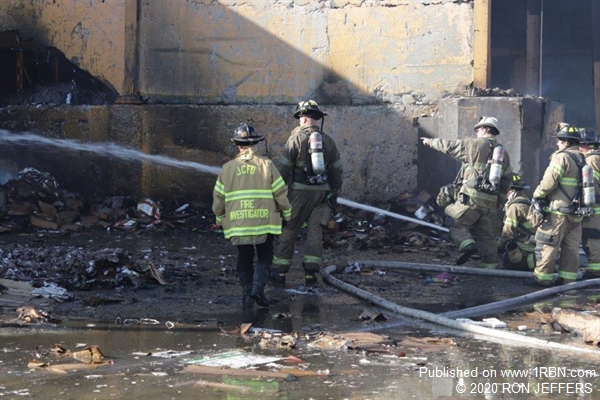 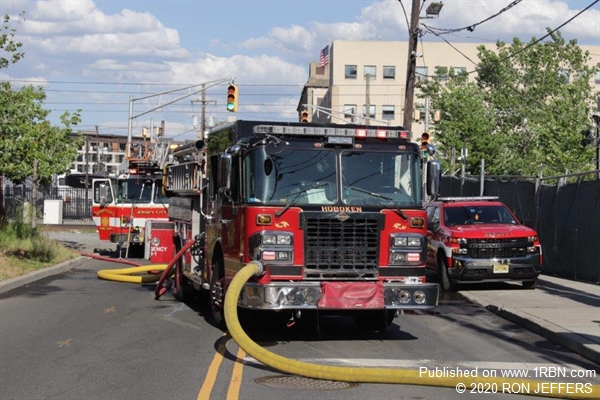 Photo by RON JEFFERSJersey City and Hoboken fire units operated at the scene.

Jersey City, NJ - On the afternoon of May 30th, Hoboken Fire Dispatch sent companies to the Paterson Avenue border line with Jersey City, for a reported fire. Arriving companies saw smoke and flames and tried to determine what was burning and access to same. At 4:24 P.M., Jersey City sent a full assignment to the same general area, but not the exact location.

It was determined that the fire involved a paper recycling business, well known to area firefighters, with the address of 2 Hope Street, Jersey City. Both departments established water supplies and placed Jersey City apparatus inside the property to knock down flames in piles of paper. Company employees also assisted firefighters with their equipment to spread the bails out for proper extinguishment.

In the early stages, Hoboken struck a second-alarm. The jurisdiction was determined to be Jersey City, and that department also transmitted a second-alarm. Later, a third alarm was sounded for relief purposes.

The NJ Transit Light Rail was shut down in the area due to hose lines extending over their tracks. Transit police units were also on hand at crossings, with EMTs from the Jersey City Medical Center on standby, near the tracks.

It took several hours for the deep-seated flames in bails of paper to be extinguished.

The Gong Club canteen truck also set up, near the rail tracks, for rehab and dinner purposes.