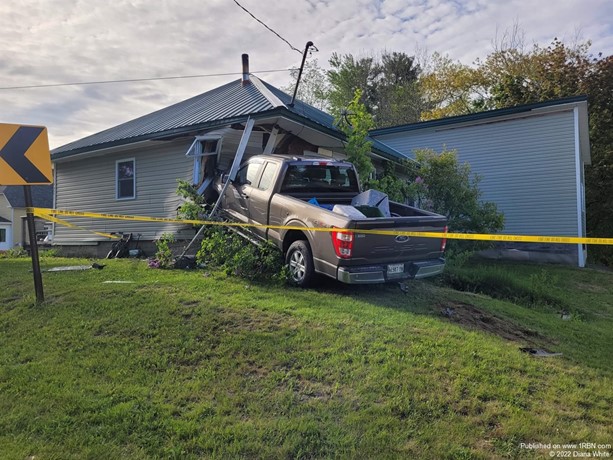 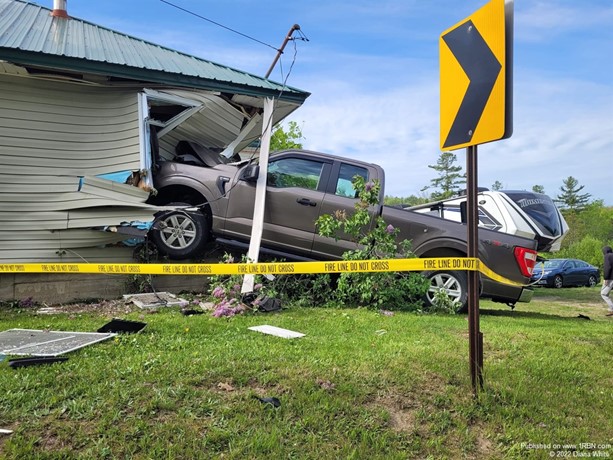 LEE, ME - Lee Fire responded to a residence on Lee Road on the morning of May 30th for the report of a truck that hit a house with no injuries. Members at the station heard the crash, which provided for a fast response. On arrival, a pickup truck was found partially in the building, which had also hit the electrical connection to the house. Versant power and law enforcement were requested to the scene. The house, which belongs to a firefighter from Lee Fire Rescue, was occupied at the time of the crash. Luckily, no one was hurt in the home. The driver, who reportedly fell asleep at the wheel, was evaluated and released.