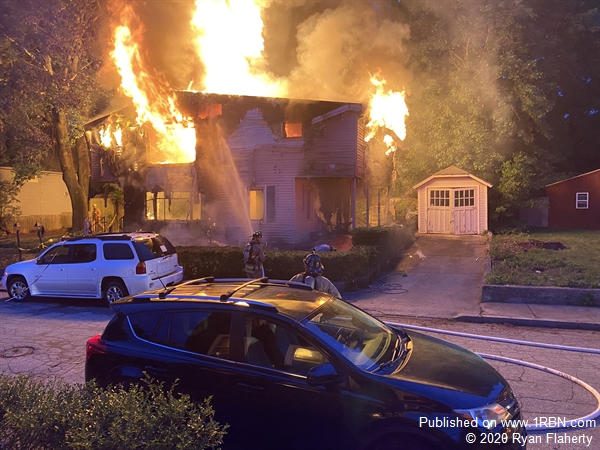 Photo by Ryan FlahertyCrews set up for a defensive attack on Hedge Avenue with multiple large caliber deck guns and hose lines. 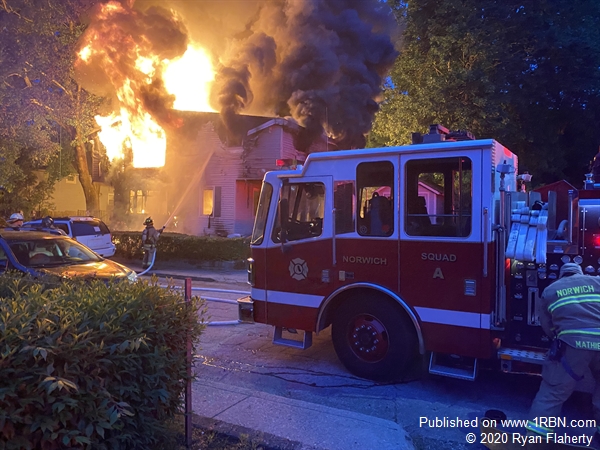 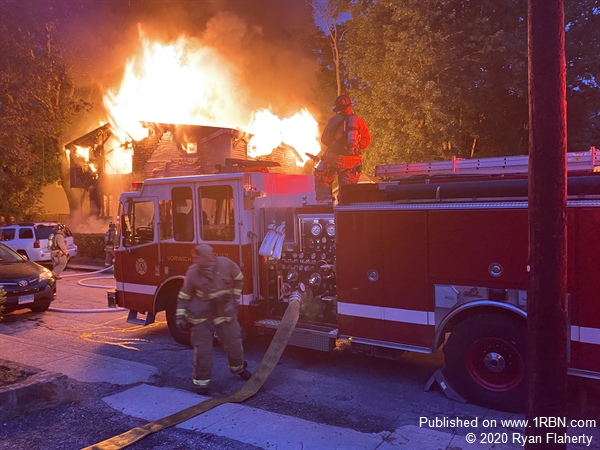 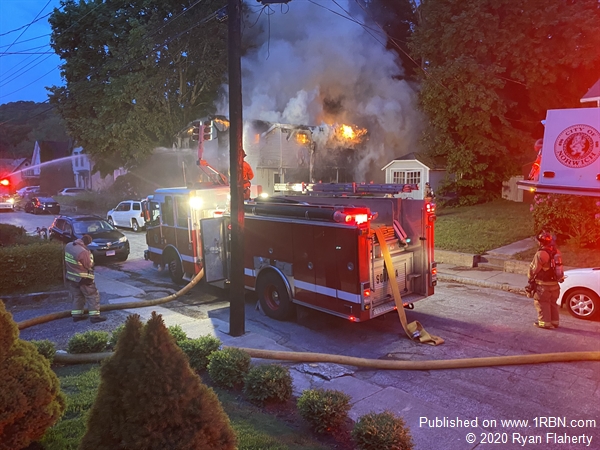 Photo by Ryan FlahertyEngine 2 operating their deck gun in the background.

Norwich, CT - At 4:50 A.M. on Tuesday, May 26th, the Norwich Fire Department was dispatched to 36 Hedge Avenue for a house fire.

While responding, dispatch said the police were on scene reporting flames showing so the working fire was transmitted, bringing the Mohegan Tribal FAST. Battalion 1 arrived at 4:54 A.M. and transmitted the second-alarm for fire through the roof of a two-story wood-frame residential.

Squad A was first due and put the deck gun in service while stretching a line to protect an exposure. Engine 3 hand jacked five-inch from the squad to the hydrant and established the water supply. Engine 2 laid 600' of five-inch from a hydrant on East Main Street and used their deck gun.

Following that, Engine 3's crew stretched a hand line from Engine 2 down the 'Bravo' side. Truck 1 set up for defensive operations. The East Great Plain, Taftville and Laurel Hill Fire Departments staged on East Main Street and covered the city.

There were no injuries and the Norwich Fire Marshal's Office is investigating.