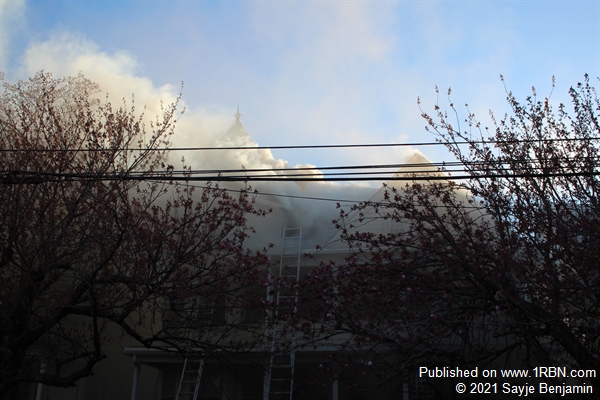 Photo by Sayje BenjaminHeavy wind-driven smoke pushes from the roof of the 2 1/2 story wood-frame dwelling. 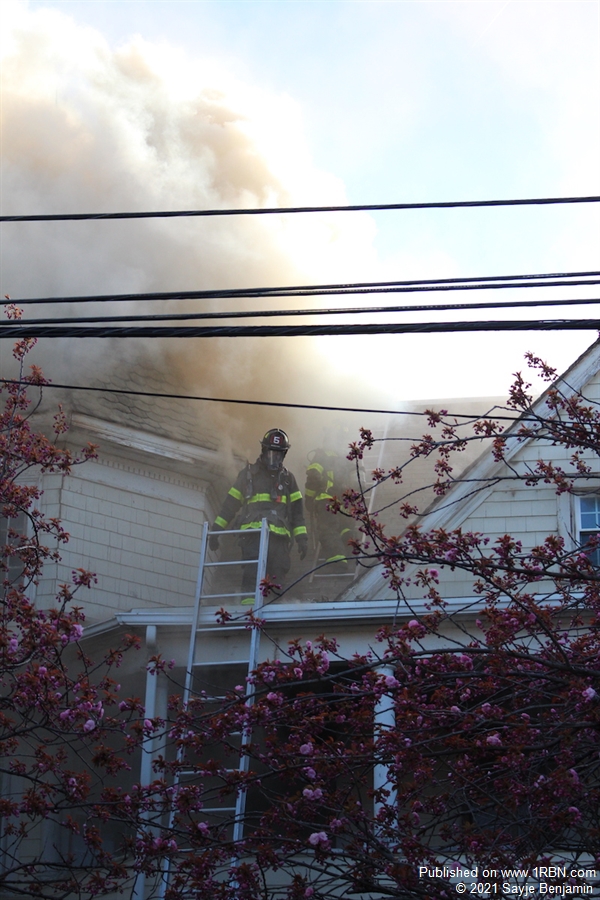 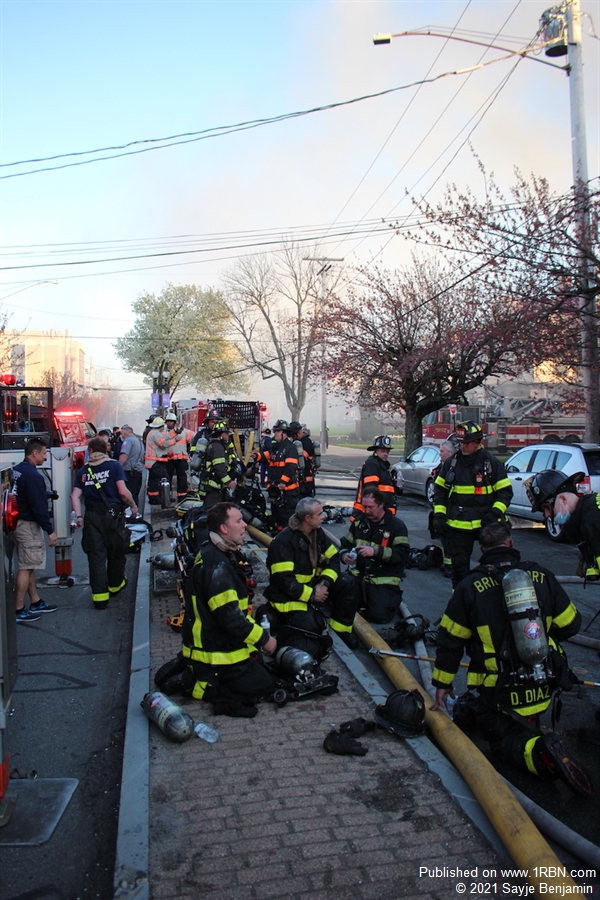 On arrival, Battalion 1 reported a large two-and-a-half story wood-frame with heavy smoke showing from the rear with risked exposures on the 'B' and 'D' sides. As companies arrived and stretched on the dwelling, they found heavy fire on all floors with the 'C' side well involved.

Battalion 1 quickly struck a second-alarm, bringing E6, E10, L6 and Car 2 to the scene. E7 would now be stretching lines to the rear of the dwelling for fire attack. Companies made a push and were able to push the fire back to the third floor of the dwelling. The fire dug itself into crawlspace and knee walls, causing difficult access. A brief MAYDAY was declared for a missing firefighter, but was quickly cleared after the firefighter was found to be okay.

After over two hours of continuous fire attack, the fire was placed under control around 9:10 P.M. There were some minor injuries to firefighters and few civilians. Red Cross is assisting the occupants. The Bridgeport Fire Marshal's office is investigating the cause of this fire.