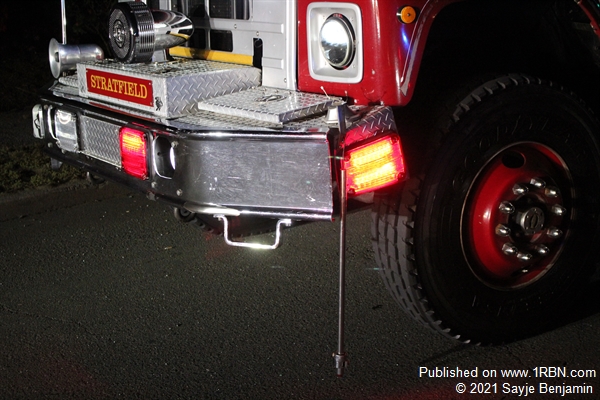 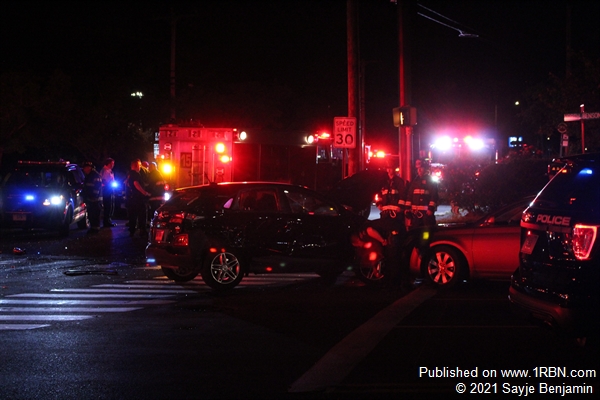 Photo by Sayje BenjaminFairfield police inspect the damage to an SUV 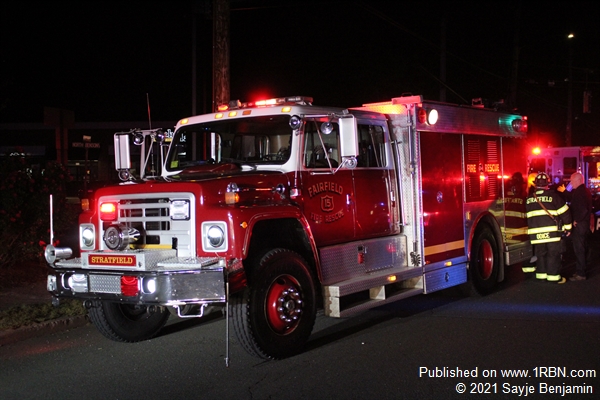 FAIRFIELD, CT - Around 9:45 P.M. on Thursday, May 27th, the Fairfield FD was responding to a reported electrical fire at Flipside Burgers on the Post Road when the Stratfield Vol. FD's Rescue 15 called Fairfield dispatch with emergency traffic reporting that they had been involved in an accident at the intersection of Post Rd. and North Benson Rd.

Engine 1 placed a recall from the fire saying they could handle it alone. Engine 2, Engine 3 and Car 3 quickly responded to the accident from the scene of the fire. Car 3 requested notification be made to the department's chief, deputy chief, the master mechanic, and to have the training/safety chief respond if possible. Car 1 and Maintenance 2 responded to the scene.

Rescue 15, a 1987 International/Saulsbury, was struck by an SUV which then collided with a sedan. The Rescue and sedan received minor damage while the SUV was totaled in the accident. Both of the crew on the rescue walked away fine. The driver of the SUV was transported by AMR to the hospital and ticketed by police. Two other people refused medical attention.